It was the band's first appearance on the show since 2011 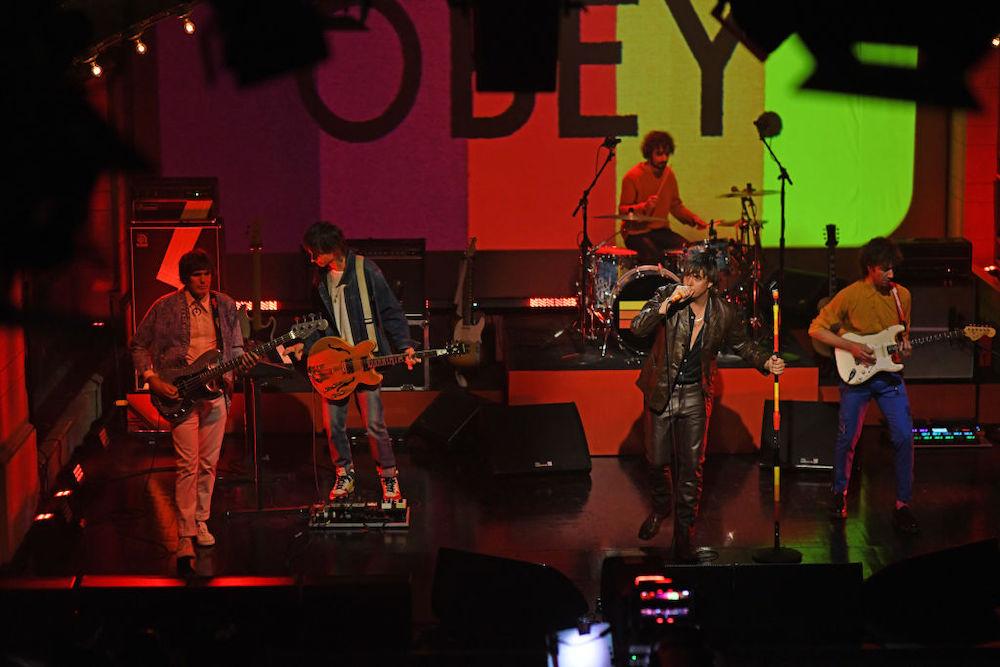 Last night, the Strokes took the Saturday Night Live stage for the first time in nearly a decade. They played “The Adults Are Talking” and “Bad Decisions,” both off their latest album The New Abnormal. This appearance was the New Yorkers’ fourth on the show and first since 2011.

Fellow New Yorker John Mulaney hosted SNL for the second time this year (he helmed an episode in February), and fourth time overall.

Watch the Strokes perform “The Adults Are Talking” and “Bad Decisions” below.

The Strokes are the latest in a slew of stacked musical guests in SNL’s 46th season. Megan Thee Stallion gave a politically charged performance of “Savage” during the premiere, and Jack White paid tribute to Eddie Van Halen after filling in last minute for Morgan Wallen, who was kicked off the show after violating COVID-19 safety protocols. Meanwhile, Adele hosted for the first time last week and treated viewers to a medley of her hits during a sketch.