"I would love to write 50 songs a year with him, but it's just not on the cards" 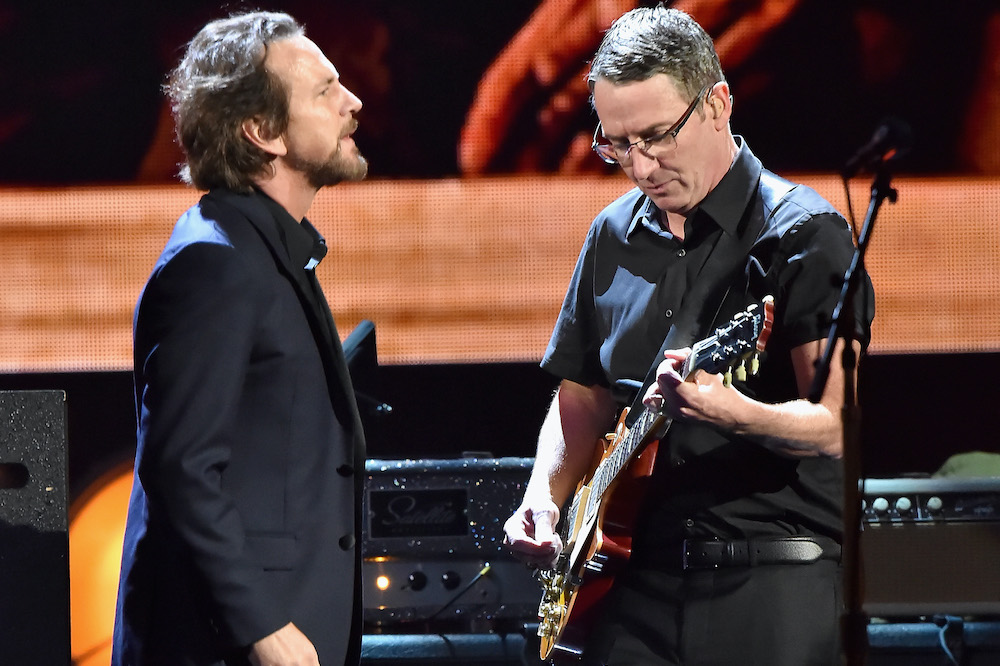 Stone Gossard and Eddie Vedder have been making music together for 30 years, and while some relationships may get stale after the three-decade mark, the Pearl Jam guitarist feels a different sentiment: his singer is his “muse.”

During a recent interview with Kerrang!, Gossard opened up about that relationship.

“I write every song for Eddie, ultimately,” he confessed. “He’s my muse. I would love to write 50 songs a year with him, but it’s just not on the cards; it just doesn’t work like that for him. When he’s in a writing process, it’s different than it is for me. I can write all the time. The way Ed really operates, the way that he loves to get music, is for something that’s immediate for you coming in at a time when he’s ready to connect with it. He likes to be in the process with you. So, if I send him 30 ideas, it’s just too much information for him to manage; that’s just not how his brain works.”

Gossard’s prolific output is just too much for one band, which is why he starts new ones like his latest endeavor Painted Shield, which put out its self-titled debut album yesterday. Ahead of its release, SPIN spoke to Gossard and singer-songwriter Mason Jennings about the project. Read the full interview here.