Diego Maradona died on Wednesday morning at the age of 60 a few weeks after having brain surgery. But it was the complications of a heart attack that did him in — coincidentally, for in the words of Rod Tidwell from Jerry Maguire, Maradona was “ALL HEART.”

That he survived ’til he was 60 was a miracle in itself.

There was no footballer quite like the El Pibe de Oro (The Golden Boy). Diego Armando Maradona defied the odds. A whirling dervish with the spellbinding ability of the Tasmanian devil, the 5’5” Maradona was a literal whirlwind on the field…and off. At the peak of his powers in the 1980s, Maradona had a drug appetite that would have made Lawrence Taylor, the Gallagher brothers and Robin Williams blush.

More on that later.

Maradona will forever be known for the “Hand of God” — a moment that lifted the spirits of a deflated nation at the hands of their conqueror a few years before. A quick history lesson: in 1982, England invaded the Falklands Islands off the coast of Argentina in April. By June, 74 days later, Argentina surrendered, leaving the country bruised and humiliated. 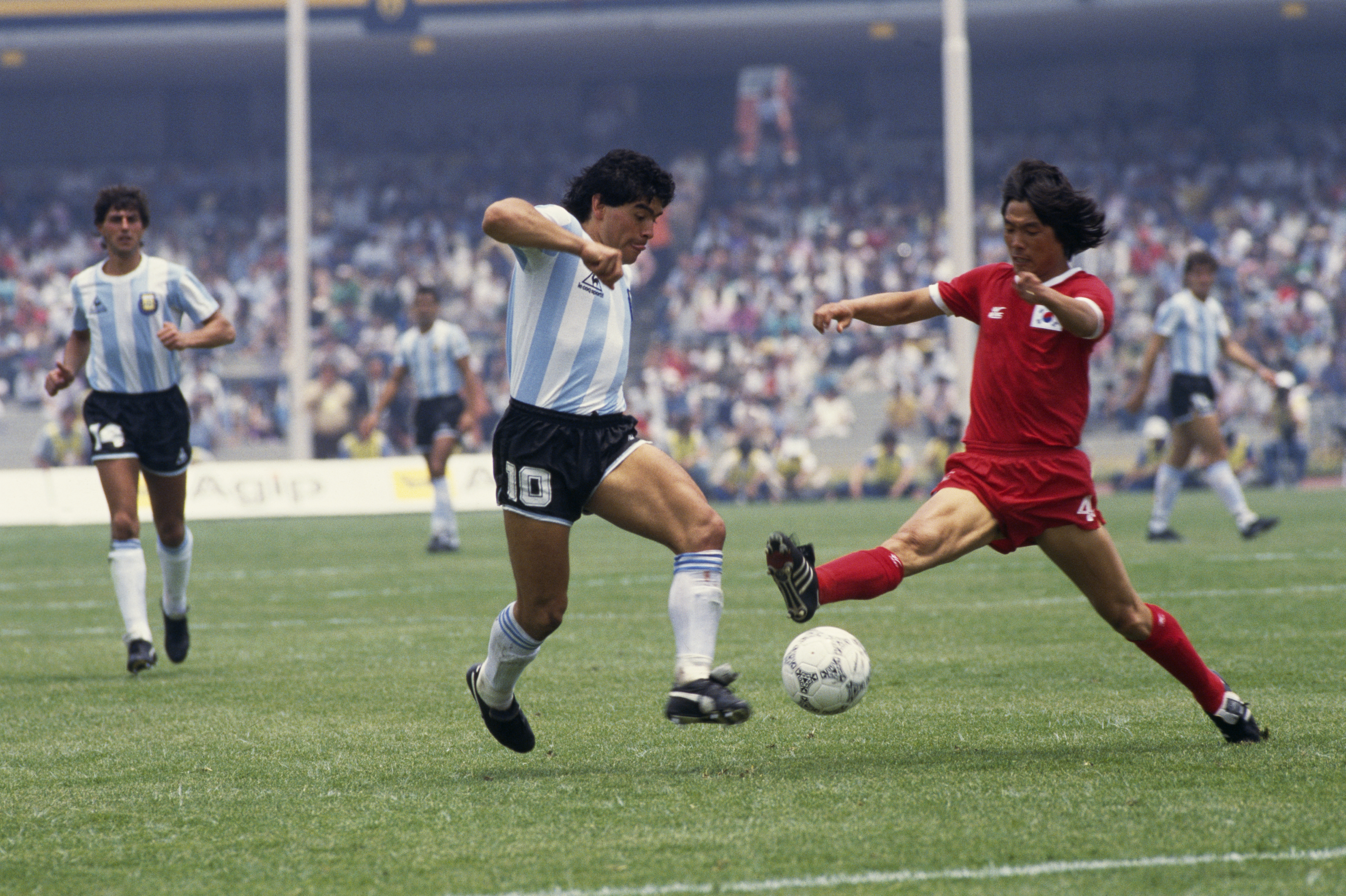 In 1986, the country had its chance to enact its revenge on the pitch. England and Argentina faced off in the World Cup quarterfinals in Mexico — where Maradona had two of the most famous goals in the storied competition’s history: the aforementioned Hand of God, where, well, he used his hand (somehow not seen by the officials) as he jumped with the English goalkeeper to open the scoring, and the infamous “Goal of the Century” (so said not by me, but by FIFA, soccer’s governing body) where he zigged and zagged half the length of the pitch to score, clinically carving through the English team like a serial killer hacking their prey.

If you don’t think the Goal of the Century meant anything to Argentinians, listen to this call:

Argentina won that match and the World Cup a week later.

After reinvigorating his nation following its defeat four years earlier, Maradona was perhaps — no he was — the most famous person on the planet (apologies to Michael Jackson). He was a rock star, a god among players. In Italy, at Napoli in particular, he had an icon-like status for winning the club two Serie A titles in 1987 and 1990, and bringing the UEFA Cup (now the Europa League) home.

But, his battle with drugs and alcohol ultimately did him in. By the 1990s, Maradona, even the great artist he was, saw his skills on the pitch deteriorate once the drugs caught up with him. He was suspended for 15-months in 1991 and banned from the World Cup, where he became a hero, in 1994, held in the U.S., due to a failed drug test.

Few, if any other footballers (OK fine, I’ll give George Best and Paul Gascoigne some credit) could balance the hard playing and hard living. As much as Maradona was a wonder on the field, his partying was somehow even more epic. Epic, here, isn’t good or bad. Maradona had a cocaine habit that was bigger than several nation’s GDPs. He didn’t care however. Maradona continued to live the good life, like the guy who is far too old to be at the club among kids several decades younger than him. But it would eventually catch up to him: Obesity, Hepatitis due to alcohol, and heart problems.

Ultimately Maradona flew too close to the sun, much like The Doors’ Jim Morrison, or River Phoenix, Marilyn Monroe and Sublime’s Bradley Nowell. Unlike those legends, Maradona didn’t burn out, he faded away. Life after football saw him continue to battle his raging cocaine addiction, but he continued to go harder and faster, careening like an out-of-control Ferrari speeding through the Italian hills with its brakes giving out. He clung to his past glories as hard as he could as a manager, but could never replicate the success of his peak. 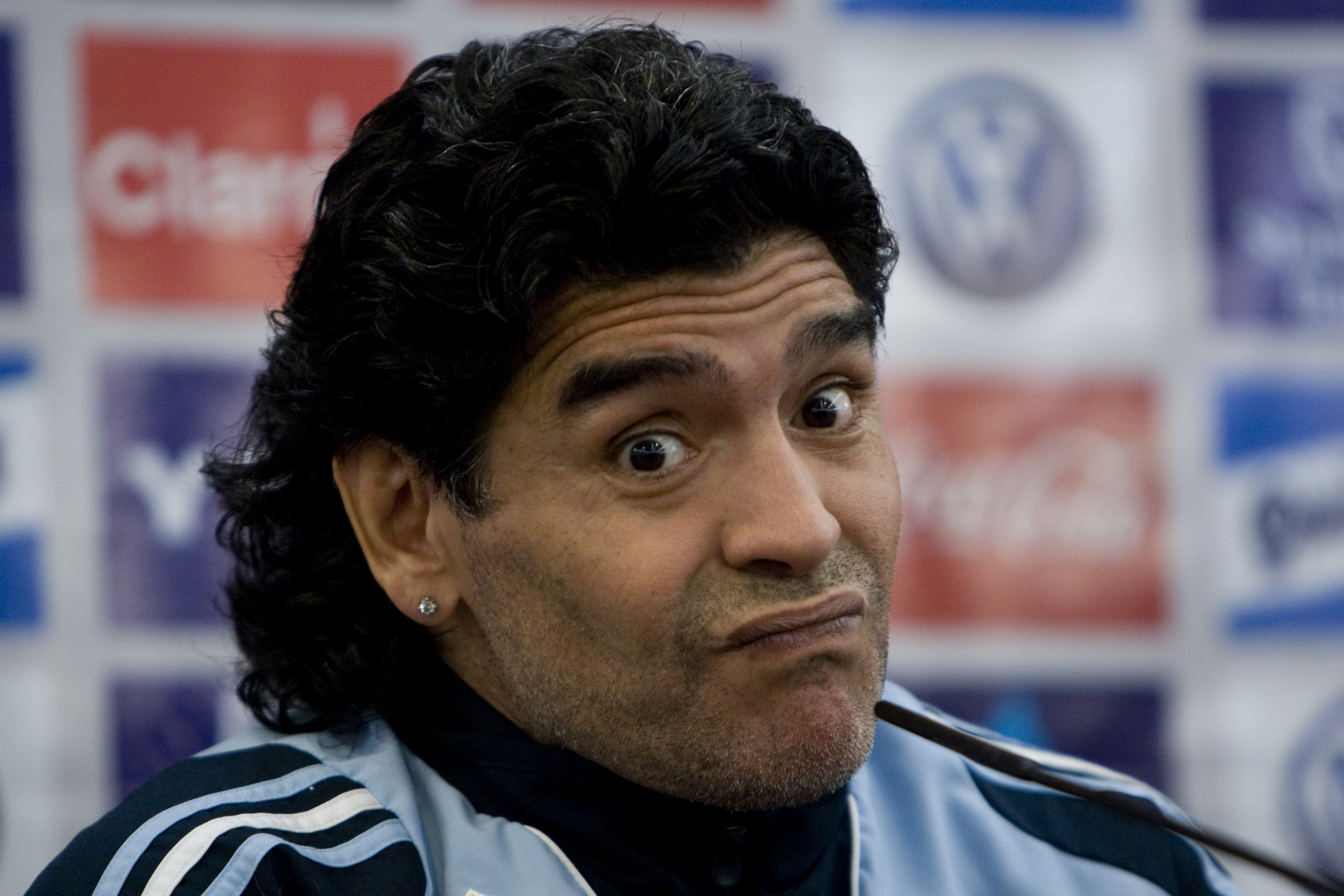 Even when Maradona showed signs of putting his wild past behind him, he’d become known more for his far-left sympathies — hanging with Fidel Castro, Venezuelan President Hugo Chávez — the opposite of Elvis Presley. But in Argentina, Maradona was Elvis, The Beatles and Michael Jordan rolled into one. A god among mortals.

In some ways, the idea of Maradona died 30 years before the man himself perished. Yet, he kept ticking along, managing to make news whenever he’d pop up. Maradona was rumored dead in 2007 after his bout with Hepatitis. But 13 years later, the heart that gave him power and pushed his body into rarified international fame, gave out on him.

At a time when corporate giants rule the football industry, Maradona will forever be seen as the anomaly he was: the bright star that restored a nation’s pride, living as hard and as fast anyone this planet has ever seen.