This was meant to be a very different year for Pinkshift.

The Baltimore pop-punk band were set to embark on a short March tour, their first as a four-piece, but the pandemic upended their plans. Then a silver lining emerged when their song, “I’m Gonna Tell My Therapist On You,” went viral upon its late July release.

The track, which sounds like the lovechild of Three Cheers For Sweet Revenge-era My Chemical Romance and early No Doubt, became the perfect angsty antidote to such a challenging year. At the time, the band didn’t have a manager or publicist. They had a hit purely through word of mouth, with musicians like Jeff Rosenstock and Anti-Flag‘s Chris No. 2 sharing the tune on social media. It even amassed 4,700 upvotes on Reddit’s r/listentothis.

Pinkshift released “On Thin Ice” in mid-March, but “Therapist” helped them become one of the year’s most-discussed pop-punk bands. Lead singer Ashrita Kumar recalls a conversation with guitarist Paul Vallejo about the strange reality of solely promoting their music online during the pandemic. 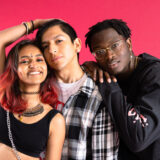 How Pinkshift’s Passion and Dedication Shaped Love Me Forever

“[I said to him] honestly, if it wasn’t for the pandemic, I don’t know if ‘Therapist’ would have caught on like it did,’” she tells SPIN. “It’s been kind of wild to experience because it’s all just been virtual. I remember with ‘Therapist’ seeing everybody saying really nice things about it online, on Reddit, on Twitter, on YouTube. And then there was one person — the name of the channel is Never Normal — who talked about ‘Therapist.’ I was like, ‘Whoa, this is the first time I’ve actually heard someone talking about our music.'”

Pinkshift formed in 2018 during Kumar’s junior year at Johns Hopkins University. Vallejo saw her perform a cappella at a school event and asked if she wanted to sing in a rock cover of Britney Spears‘ “…Baby One More Time.” “I had never met him before. I’d never seen him before. It was just out of the blue, but I was just like, ‘Yeah, sure. Why not?’” Kumar recalls.

They both shared that they write their own music and soon began collaborating. They amassed 20 demos or so and decided to play shows. But they needed a drummer.

“There’s this drumming practice room that was at our school,” Kumar says. “We’d just sit outside of the practice room whenever we weren’t in class, just either together or separately, we’d just stalk it and see if there was anybody worth reaching out to.” One day, they found Myron Houngbedji playing My Chemical Romance’s “Helena.” 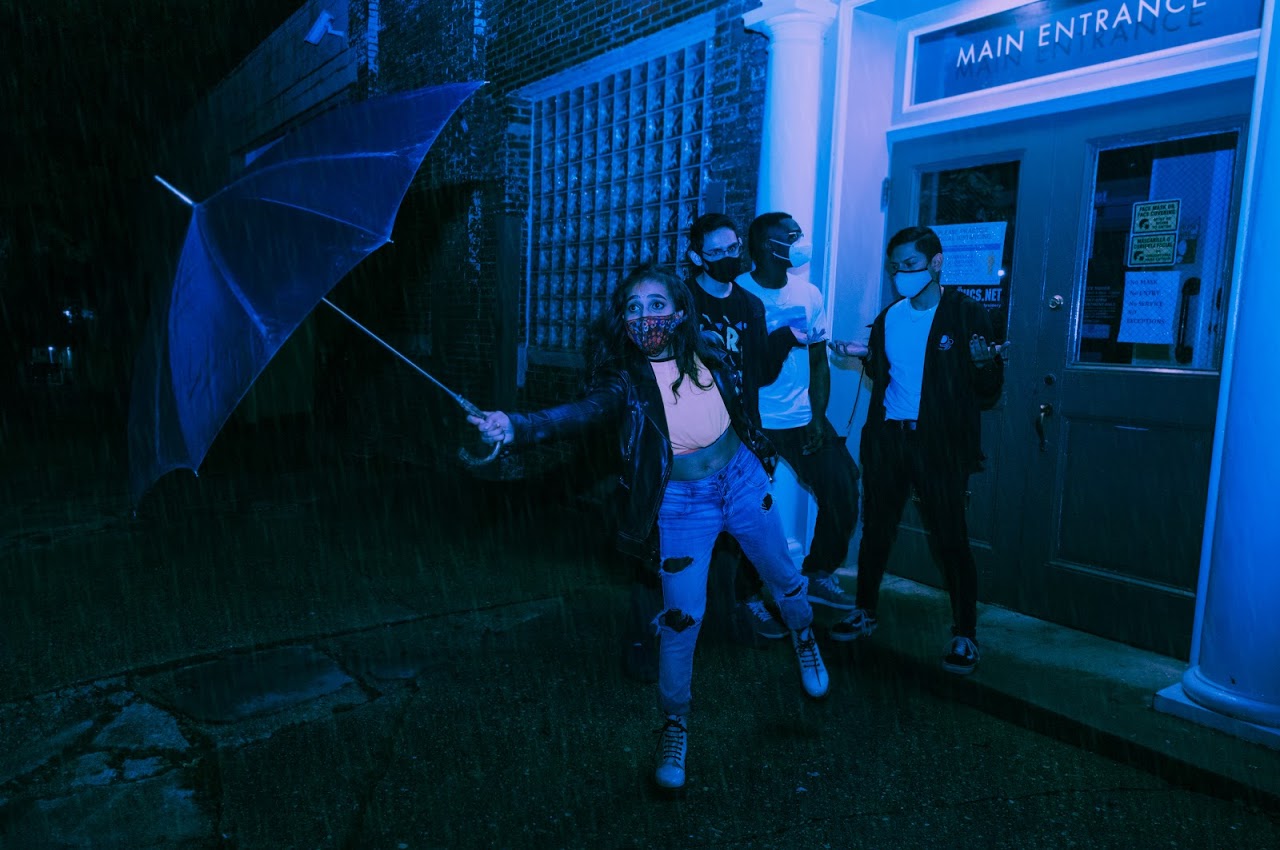 He was the perfect fit.

Then named Sugar Crisis, the group had their first gig at a Johns Hopkins’ Inter-Asian Council event. But they didn’t become a full-fledged band until the next year, renaming themselves Pinkshift. However, they still needed a bassist. “It was just hard to find people who played rock music at our school because our school is Hopkins,” Kumar says. “There’s no rock scene at Hopkins. There’s no punk scene.”

And they found that missing musician with an unorthodox, though ultimately effective, approach: Tinder. Vallejo and Kumar set up profiles, noting they weren’t looking for a relationship, just a bassist. As luck had it, Erich Weinroth swiped right.

After the success of “Therapist,” the band continued that momentum by releasing their next two tracks, pulled from their pile of unreleased material.

“Rainwalk has always been its own song,” Kumar says. “When we were playing shows in 2019 and no one knew us and no one listened to us, we were playing all of these songs. After ‘Therapist,’ we were getting ready to release ‘Rainwalk’ and we were like, ‘Wait, what if we don’t just release this as a single? What if we do something cool with it?'”

The band then wrote “Toro” as a companion piece in September. “The instrumental part in ‘Toro’ was always an in-between thing that we did, leading into ‘Rainwalk’ anyways because I always felt awkward talking onstage with no music going on behind me,” she explains. “With ‘Toro,’ I think it was a really good opportunity for us to really just show exactly where we are right now, just because ‘Therapist’ was written back in December and ‘Rainwalk’ was written even before that.” 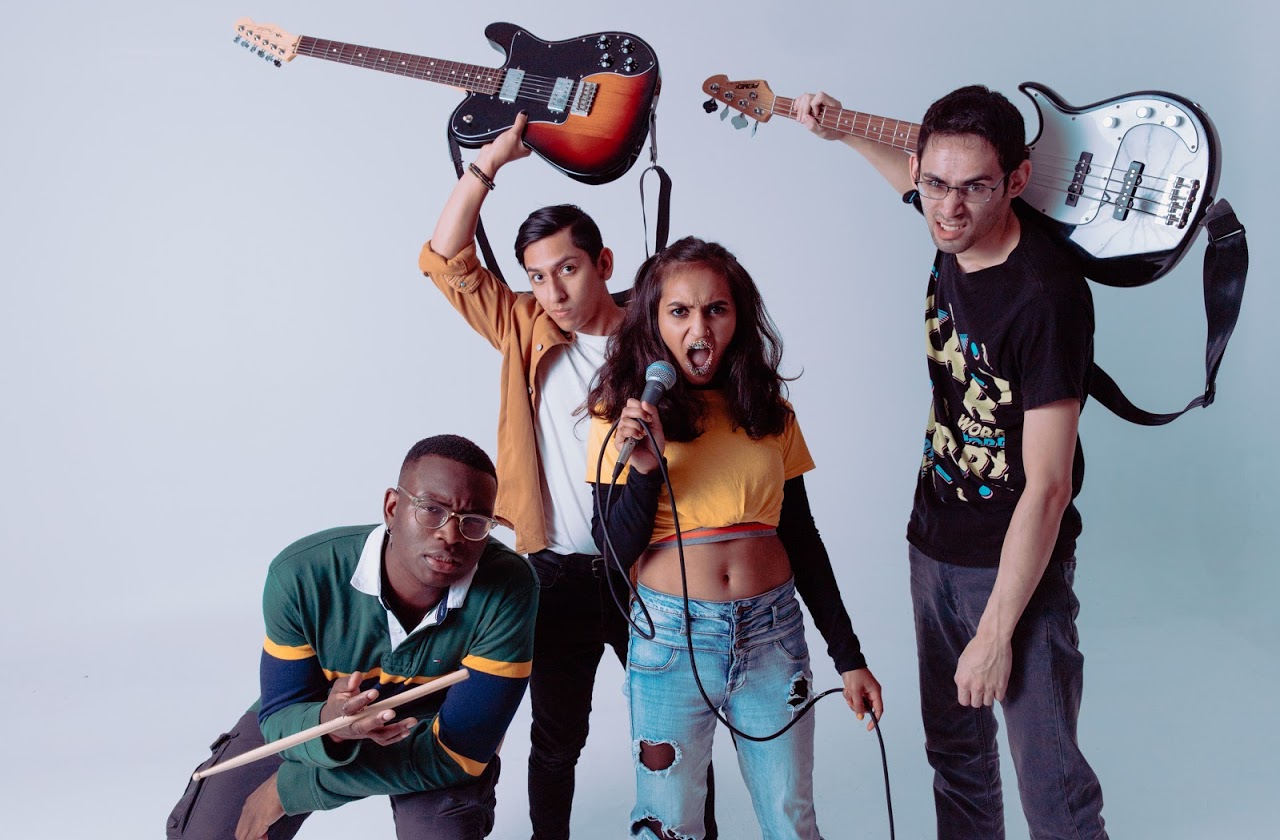 It’s been an important year for pop-punk diversity. Last month, Meet Me @ the Altar became the first all-BIPOC female band to sign with legendary label Fueled By Ramen. Pinkshift also brought much-needed representation as one of the genre’s few acts fully comprised of people of color and fronted by a South Asian woman.

Kumar tells me that the morning we spoke, she received a very touching message from a fan on Discord: “She said, ‘I’m Bengali and I always feel left out, but this inspires me to just keep staying here regardless of that, and not let that feeling of exclusion push me out of it because I love [music].'”

And similar comments enthusing about Pinkshift’s impact keep flooding in. “We have gotten messages of people saying, ‘This is so cool and it makes me feel seen.’ I think, honestly, if there was any measure of success, that’s success.”