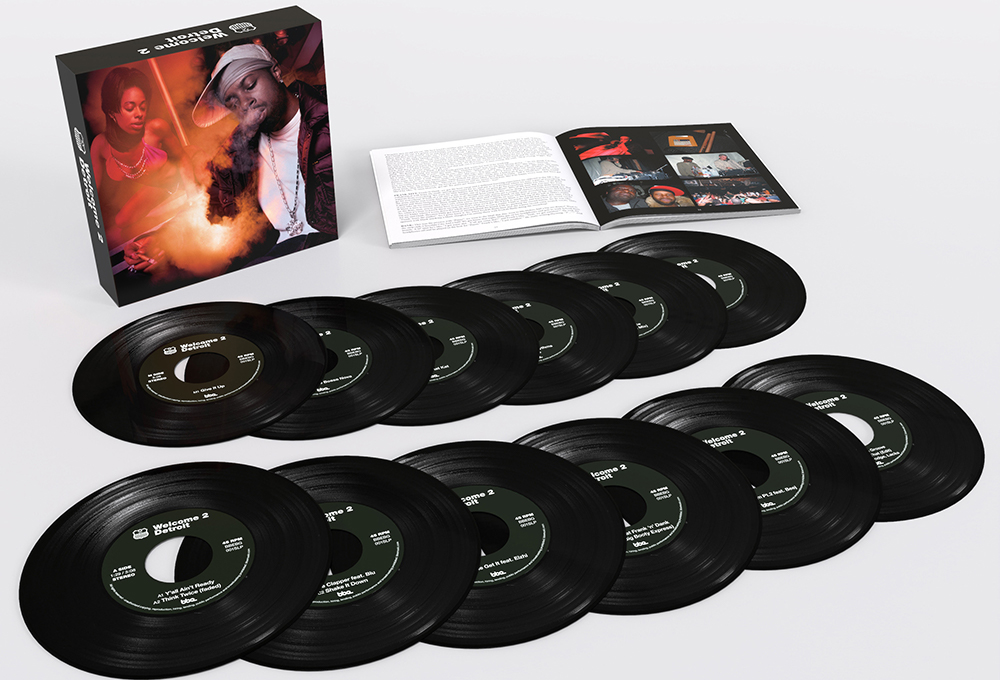 Next year marks the 20th anniversary of J. Dilla’s Welcome 2 Detroit. And to celebrate the occasion, BBE Music will be releasing a remastered deluxe 7″ vinyl box set in next February.

“Peter (Adarkwah, founder of BBE) let me do whatever I wanted to do,” the late Dilla said in a previous statement about his first solo project. “So, I wanted to put people on there who are gonna spit y’know, lyrically and represent Detroit. Because I wouldn’t have been able to pull this album off if it came out under a major. Cos they’re not gonna let you just do a song or you can’t just do an instrumental. You gotta have this feature and you’re Jay Dee, why ain’t you got Erykah Badu? Why ain’t you got so and so on your album? I’d have had to go through all of that, instead of just putting out…y’know, Beej on this joint!”

The box set will include 12 vinyl LPs that not only include the original album tracklist, but it will also feature two “new interpretations” by Azymuth and Muro. Muro will reimagine “Think Twice” while Azymuth will cover “Rico Suave Bossa Nova.” The set will also come with a book telling the story behind the album.

“I’m real happy that Welcome 2 Detroit was done by BBE,” Ma Dukes, Dilla’s mother, said in a statement. “Because I don’t think another label would have helped him embrace his full creativity and given him the control to make it a piece of who he was! Because of BBE he was able to pour more of himself into it, into every bit of music on this album. His spirit lives in Welcome 2 Detroit. It’s him! Alive and thriving in every song!”

The 20th anniversary edition of Welcome 2 Detroit will release on Feb. 5, 2021. You can preorder the album through the BBE site and Bandcamp starting tomorrow (Nov. 3).