Haim Bring Rock to The Croods: A New Age With ‘Feel the Thunder’

When the movie needed a bold new song for the Thunder Sisters, who better to do it than Haim? 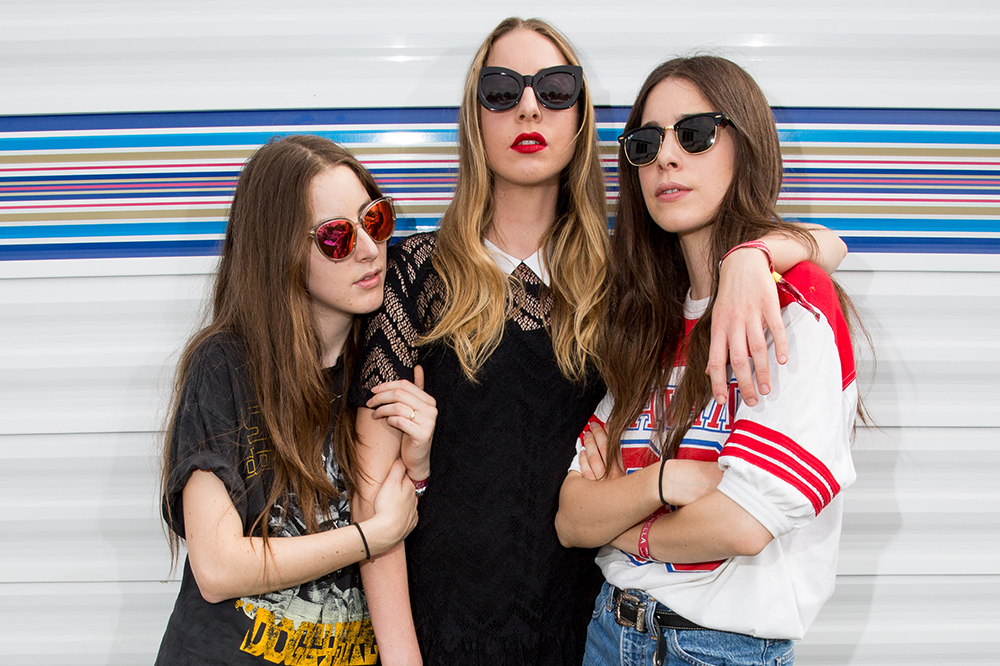 Haim have been known to churn out some great pop-rock music, as evidenced via their latest LP, Women in Music Pt. III.

But when they were asked to contribute a song to the children’s movie The Croods: A New Age, Haim moved into a harder direction.

Working with producer/co-writer and Guns N’ Roses superfan Ariel Rechtshaid, they were able to experiment with their sound and turn around a song inspired by the legendary rockers.

“[Ariel’s] obsessed with them – he went and saw them on their most recent tour a bunch of times,” Danielle Haim told Rolling Stone. “And so I figured that that’s what we were looking for. We were like, ‘Let’s get Ariel.’ But I’d never tried to make music like that before, so it was fully like a crazy experiment.”

Not only was this a fun track for the band to work on, but it was also an opportunity to bring rock music into a children’s animated film. “We grew up listening to rock music, pop, a healthy smattering of a ton of different kinds of music,” Danielle said. “I don’t know how often you really hear rock music in a kid’s film anymore, or rock music in general anymore.”

In the film, the Croods encounter a rival family. But the two eldest daughters from each family — Eep Crood and Dawn Betterman — become friends and form the Thunder Sisters. “Feel the Thunder” is set to play during the scene where the Thunder Sisters come in and save the day.

Aside from releasing their latest album, Haim have been busy this year perfecting their livestream performances — both together and separately at home — and dropping The Summer Girl Remixes Volume 1 in September.

The Croods: A New Age opens in theaters on Nov 25.