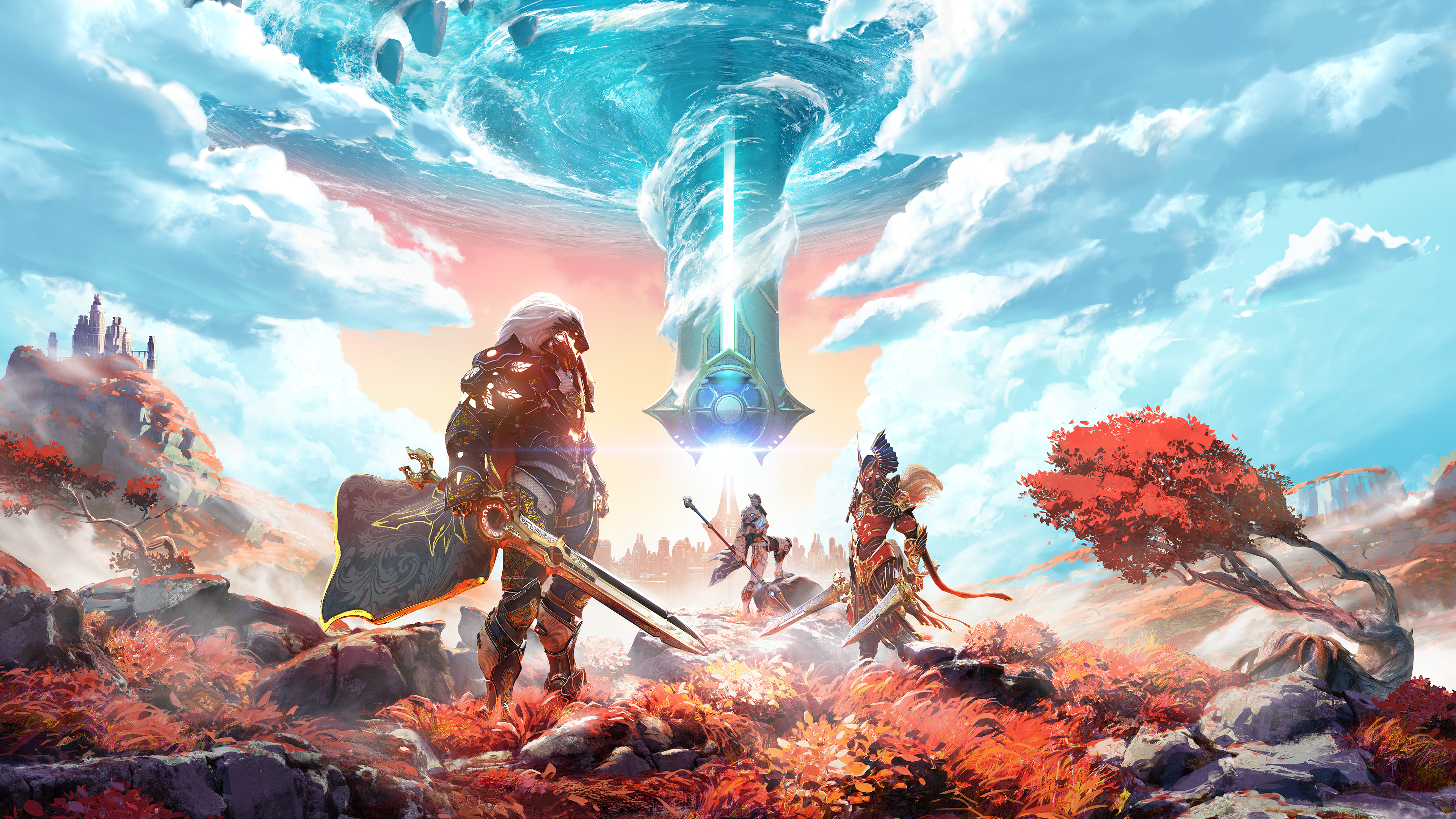 Of all the titles releasing for the next-generation consoles next week, few have as much excitement and mystery built around them as Godfall. The title developed by Counterplay Games and published by Gearbox (who know a thing or two about revolutionary loot-based games given their history with the Borderlands series) was actually the first PlayStation 5 title to be announced, and it’s also one of the only new IPs launching among a lineup packed with familiar faces.

A combat-heavy game set in an unknown fantasy universe, Godfall might face the biggest challenges of any launch week title compared to known commodities like Assassin’s Creed, Call of Duty, Yakuza, Watch Dogs and Spider-Man — but it also has arguably the most room to impress unsuspecting gamers. As a brand new title with no preset expectations, Godfall could potentially show PS5 (and PC) players what’s possible with their new console better than any other game this year with its vast landscapes, intense battles, and colorful set pieces.

Of course, such a potentially cinematic experience will need an equally grandiose soundtrack, so Ben MacDougall (whose previous work has been featured everywhere from the Olympics to the Oscars) was brought in to score the adventure. SPIN had the pleasure of learning more about Godfall through the eyes of the composer working on it.

SPIN: Seeing as Godfall was one of the first next-gen games to be announced and also one of the very few new IPs launching with the new consoles, what was it like to help create this new world that will be the first glimpse of what the PS5 can do?
Ben MacDougall: It was insane! It definitely was a weight to carry, but it’s been a thrill ride for sure. You can hear from the very first bar of the soundtrack that the orchestra plays a large role in the score, but it was important to me that it wasn’t the only sound in the palette. For a new IP like this, there should also be new as-of-yet-unheard sounds in the score, so I created an instrument during the very early days of my conversations with director Keith Lee about Godfall. After it was finished and the final coats of wood finish had dried, I made a demo track that used only that instrument — for everything from rhythm and pads through to the main melody — and the response was an instantaneous “We need that in the game.”

There are actually a lot of new sounds in the score, and synthetic treatments of real-world instruments played a large part in that. With the exception of the signature water synth — which was also a synth experiment that turned out awesome — when you hear a synth in this score, it more likely than not started life as something very real in front of a microphone.

Seeing as Godfall seems to kind of walk the line between high fantasy and sci-fi, how did you decide on what would make for an appropriate soundtrack for the unique setting?
Luckily — and I think to everyone’s relief — there isn’t a balance wheel between high fantasy and sci-fi that gets turned and fixed in place. When people hear the term sci-fi, there’s often a musical knee-jerk response that sci-fi equals synths, or that it must sound overtly high-tech. Of course, there are also many examples where sci-fi scores don’t use synths and vice versa. In the case of Godfall, the science fiction aspects go so far beyond science in scope, and the well-known quote from scientist and author Arthur C. Clarke sums it up perfectly: “Any sufficiently advanced technology is indistinguishable from magic.”

The music of Godfall exists to serve the world and characters of Aperion, to tell their story and add additional emotional weight and color. To that end, the keys to the Godfall score lie in melodies as strong as the characters, and ethereal moments of beauty and mystery that are then juxtaposed against violent — and sometimes quite jarring — combat cues. It might be a beautiful world draped in natural beauty and a million individual light sources, but you still have to be good with a weapon.

Now that it’s complete, what would you say stands out to you the most about working on Godfall?
The passion of the whole team is what has shone through from day one — and even before. Aside from the fact that when you’re passionate about what you do, you don’t mind pulling the long shifts required to make all your deadlines during a global pandemic, I think it translates into the small details that people are going to love in the game. I’m talking not solely from a technical standpoint, but right through to the depth of the lore as well, because it goes really deep. If you want to know what Silvermane’s favorite color or sandwich filling is, there’s probably an answer.

As an artist who’s done no shortage of work outside of video games, how different is it to create a soundtrack for a game compared to your other projects?
The big difference in writing for games versus almost any other media format is the structure. You have to write music that makes sense when played front to back, but also makes sense for the player that turns right instead of left, and the player who gets trapped in the dungeon for 3 hours. Musically, it all still has to make sense and seem deliberate — all without causing ear fatigue or sounding haphazard.

Sometimes that’s achieved with tracks that break into sections along the x-axis, and other times it’s with tracks that have different components and flexibility on the y-axis, so you can add and subtract in line with the game’s requirements. We experimented with both approaches for Godfall, but it’s interesting — and at times challenging — to write long emotionally impactful themes and then fragment them across a score in such a way that they have musical purpose as well as aural interest.