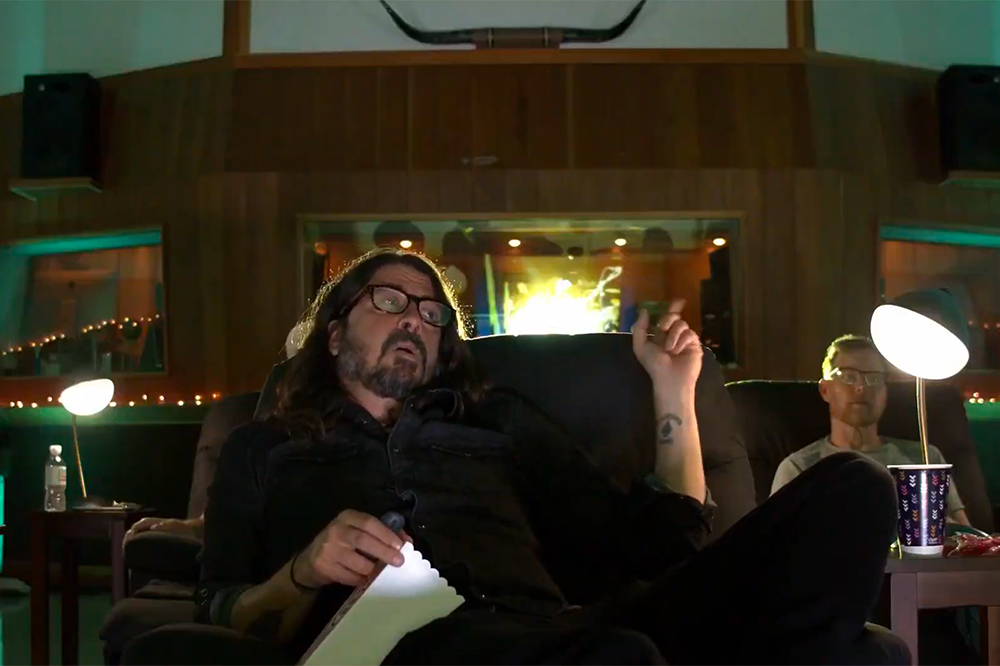 The Foo Fighters took a little break from promoting their upcoming record, Medicine at Midnight, to share Times Like Those, a new short film created in honor of the group’s 25th anniversary.

The special video shows Dave Grohl, Taylor Hawkins, Nate Mendel, Chris Shiflett, Pat Smear and Rami Jaffee sitting in comfy La-Z-Boy chairs and snacking on popcorn as they look and comment on throwback photos and clips taken over the course of their 25-year career.

From the show that had to end because of a lightning storm to the behind-the-scenes footage of how 1999’s There Is Nothing Left to Lose album art was created, they reminisce about their high moments, hungover rides to the next gig and questionable style choices.

The film features photos by Danny Clinch, Ross Halfin, Lisa Johnson, Charles Peterson, Dustin Rabin and Tony Woolliscroft. The video ended with one of their many smiley promo photos.

“You know what I love about our promo photos is that someone’s always saying something ridiculous,” Grohl said. “So we have those stupid fucking smiles on our face. So much that even when there’s a Foo Fighters tribute band, the tribute band’s promo photo is everyone cracking up and looking as jackass as we do.”

Watch the full film below.

The Foo Fighters have also announced that they’ll be doing a holiday set on Dec. 15 at 7:55 pm EST with Amazon Music. Find out how to watch here.