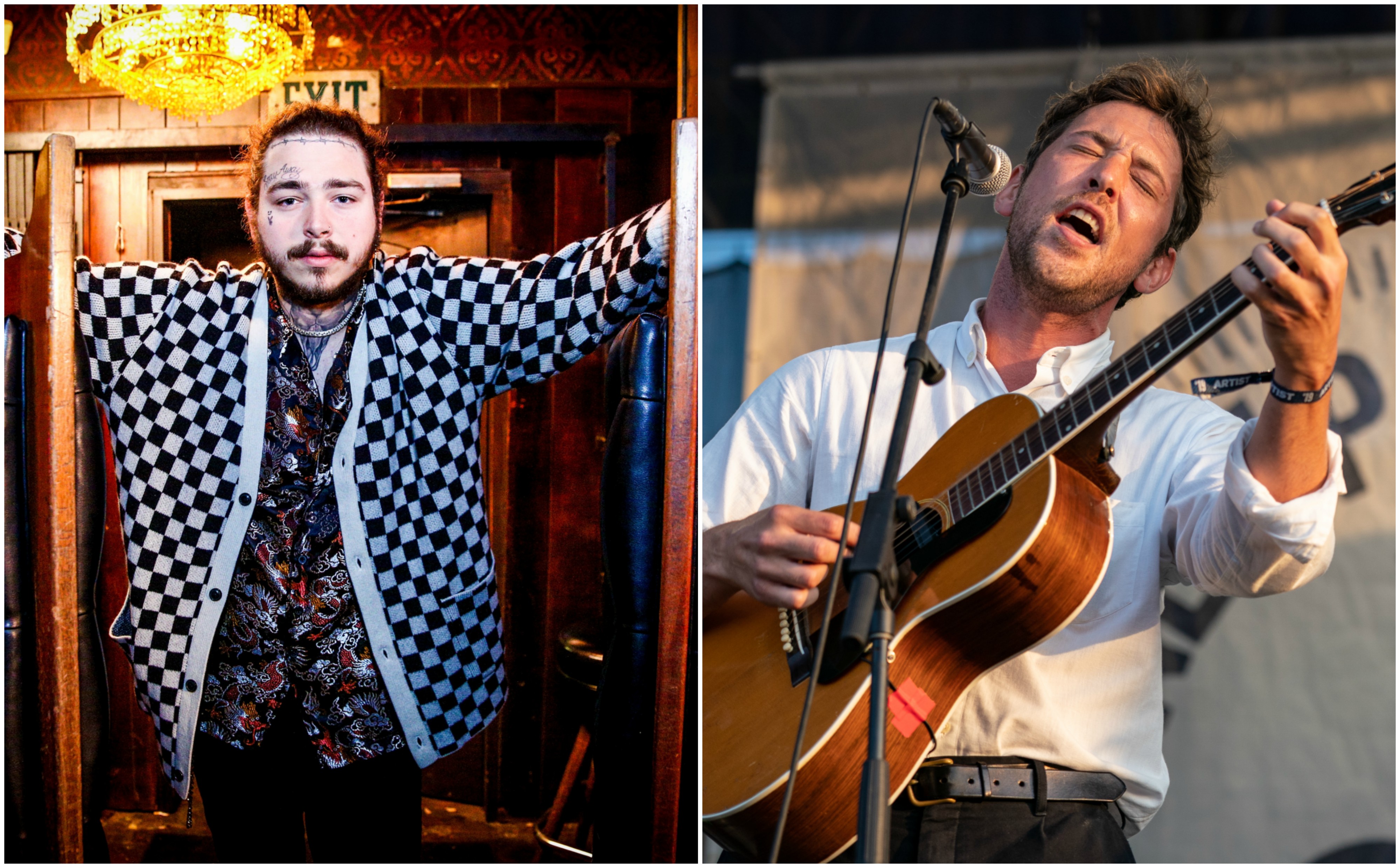 If there’s one thing Post Malone enjoys as much as being the human embodiment of Bud Light, it’s Fleet Foxes (or Nirvana). His fandom is pretty clearly documented in his social media over the years, and he even had J. Tillman (who played drums for the band before transforming into Father John Misty) write “Myself” from last year’s Hollywood’s Bleeding.

But while the “White Iverson” singer remains one of the easiest targets in entertainment, it sounds like he almost got to live his dream of being featured on a Fleet Foxes song.

“He came by the studio for one day while we were working in L.A. and listened to stuff and was super supportive,” Fleet Foxes singer Robin Pecknold said on RADIO.COM’s New Arrivals. “We didn’t get together in time because I wanted to get the album out quickly, but I did ask him to be on it. He was down, but we just didn’t end up having time.”

Although Shore released without the Crocs collaborator’s contributions in September, Pecknold continued by saying the two have “a casual friendship” that “feels like a glitch in The Matrix.” Looks like we’ll just have to wait for the next Fleet Foxes album to see if Posty can live up to the air guitar-filled hype he created in the past.

Check out the full interview with Pecknold below.