Slim Shady tweeted the clip with the caption “One opportunity… #Vote” 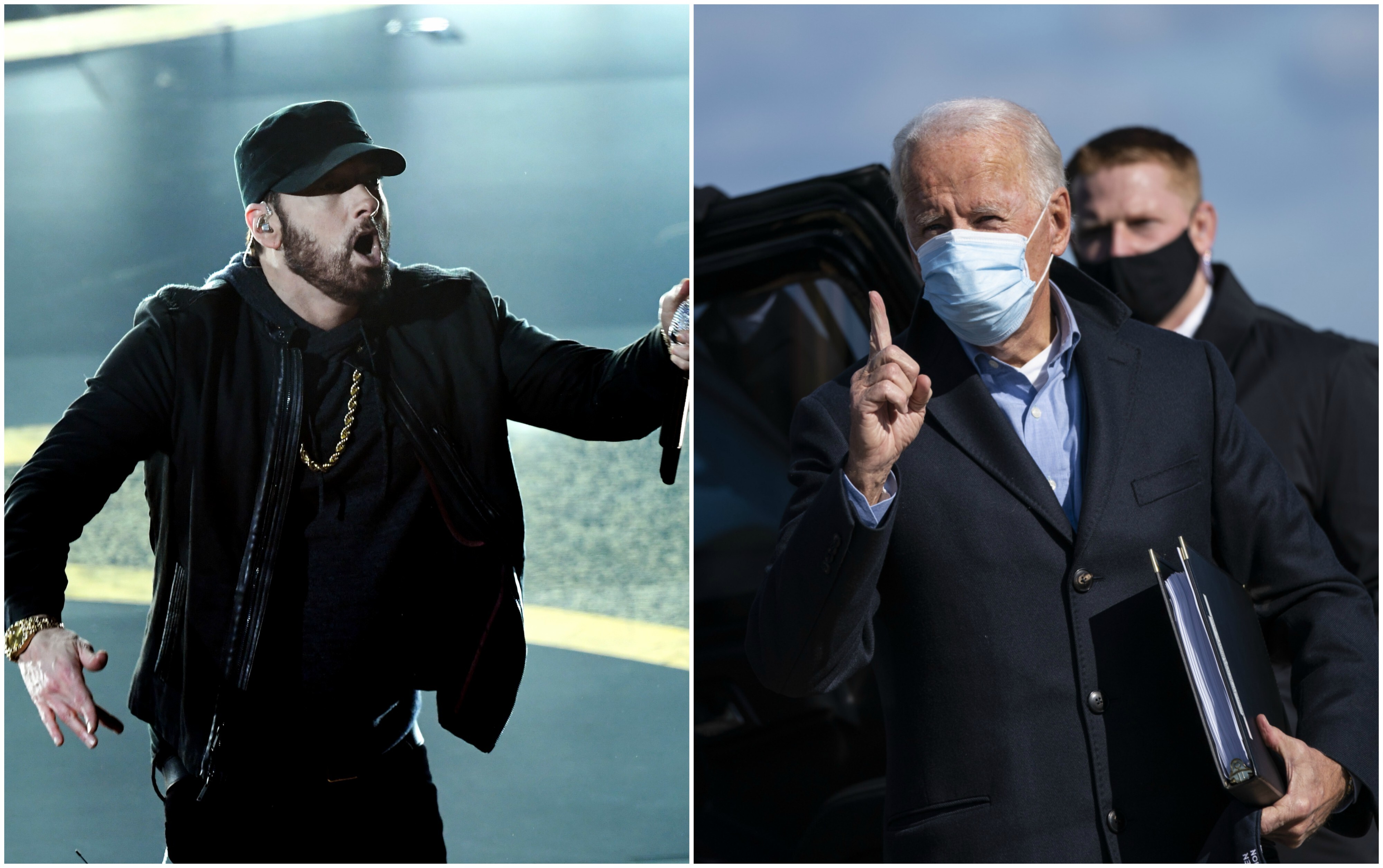 In this most fractious of election years, when artists are lambasting politicians for using their songs, Eminem has endorsed Democratic presidential candidate Joe Biden by allowing his 2002 classic “Lose Yourself” to be used in a new 45-second Biden campaign ad.

Released the day before the election (Nov. 2), Em tweeted his support for the Democratic candidate by sharing the video featuring the track — which includes footage of Biden at a rally in Michigan, along with black-and-white footage of voters — with the caption “One opportunity… #Vote”

See the video below.