Wrapped up in the Eels' new track, Hamm has no idea he's getting robbed! Watch the story unfold below 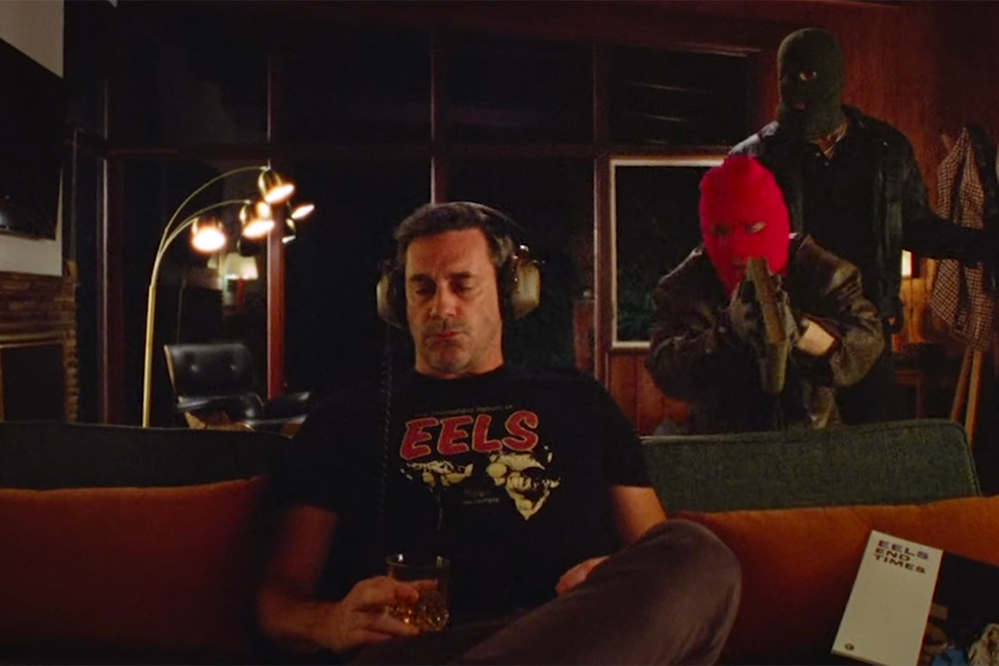 When Eels released “Are We Alright Again” in September, singer Mark Oliver Everett bka E said it was “kind of a quarantine daydream that I needed to have.”

And the band has released a new video that completely brings that idea to fruition. Directed by Greg Barnes, the one-take visual presents actor Jon Hamm getting so ost in the new single that he doesn’t even realize that his home is getting robbed.

With headphones on, he sips on his whiskey while bopping and singing along. In the background, you see burglars — played by actors Eric Edelstein, Caroline Bloom and Jude B. Lanston — grabbing everything they can, even holding comic Mike Mitchell hostage in the background.

“We could all use a little comfort from the past year. Perhaps this song can provide a little for you like it does for the guy in this video,” E said in a statement.

Eels released “Baby Let’s Make It Real” in August, and their new album, Earth to Dora, is out now.

Watch Eels new video for “Are We Alright Again” again below.