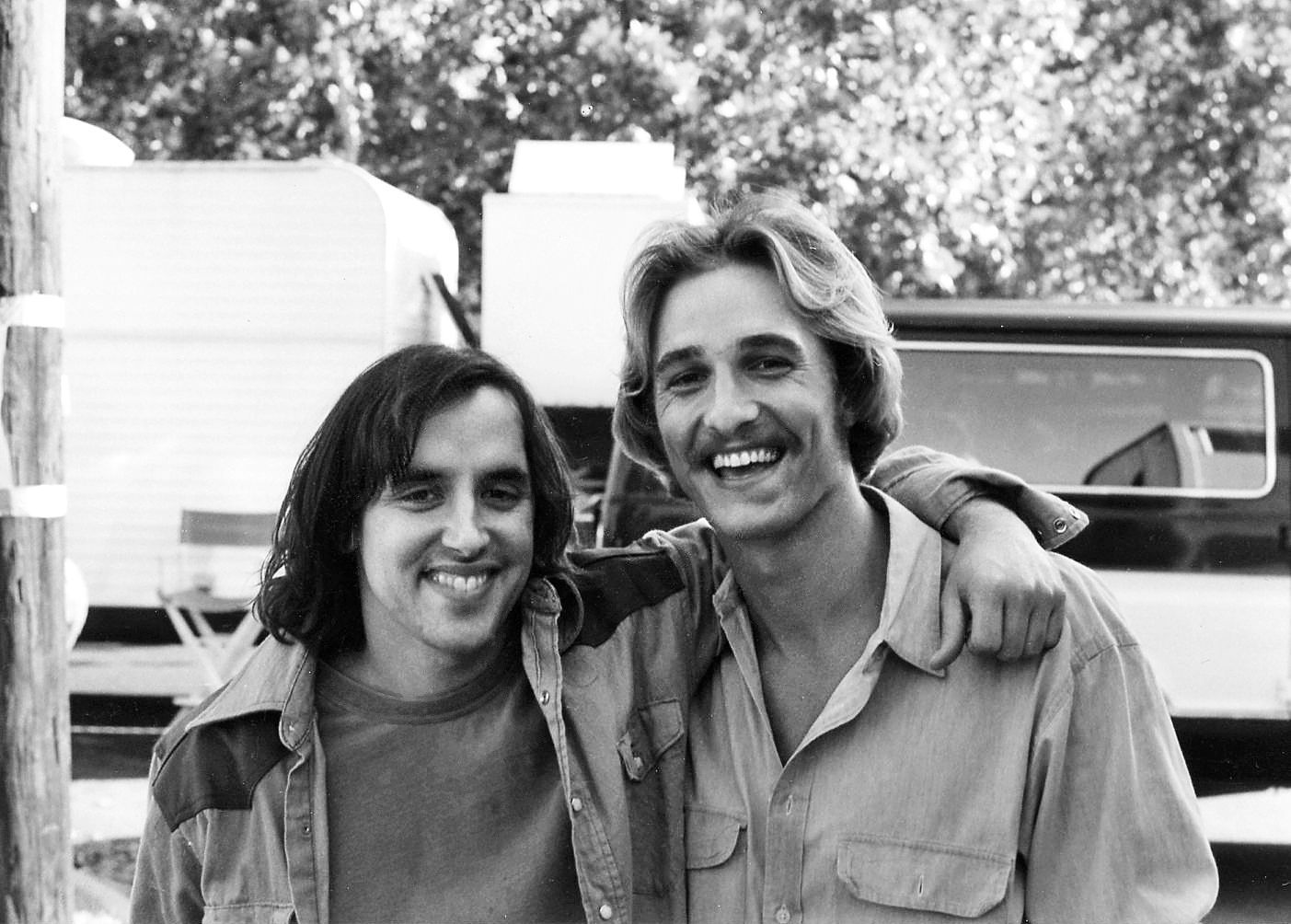 Over the phone, his voice still sounds like Mitch Kramer.

It’s 2020, though, and Wiley Wiggins long ago left behind his signature role from 1993’s Dazed and Confused, the shaggy, beloved comedy film. Life’s worked out better than OK for Wiggins: Now 44, he’s working on a career in video game design and resides in Los Angeles with his wife.

Wiggins is at peace being forever associated with his role as Kramer, the semi-cool incoming freshman, and with Dazed, widely considered the most accurate onscreen portrayal of high school life. More than a few cinephiles, including Quentin Tarantino, consider Dazed one of the best films ever.

“There were so many people who worked on that movie,” Wiggins says. “It was such a collaborative thing, and many of those people aren’t rich and famous now. For everybody to have their voice elevated a little bit and get to kind of reclaim ownership has been a really positive thing from the book.”

Maerz interviewed almost all of Dazed’s ensemble cast, including actors who went on to become movie stars, like Ben Affleck and Matthew McConaughey. (The latter’s famous line as the slightly older, skeezy stoner David Wooderson gives the book its title.) After four hours of interviewing McConaughey on the phone, Maerz was impressed with his storyteller charisma.

“I feel like a lot of the mythology of this movie comes from Matthew McConaughey,” Maerz says. “In a movie that is chock-full of quotable lines, it’s really interesting that ‘Alright, alright, alright’ has become the most quotable. He sees that line as his origin story.” Another famous Wooderson line (“That’s what I love about these high school girls, man. I get older; they stay the same age.”) hasn’t aged as well — and Maerz fully addresses it in the book. Affleck opens up about his struggles to escape typecasting as a bully, like Dazed character O’Bannion; he also notes that, at the time of filming, he basically considered himself a fat kid who couldn’t get laid.

Affleck may not have been getting busy at the Austin hotel most of the cast stayed in while shooting Dazed, but others in the ensemble were. Alright details the web of inter-cast trysts, along with cliques, cattiness and personality conflicts — including an apparent cast-wide disdain for Shawn Andrews, who played the bare-chested Pickford. Maerz cast a wide net with her interview subjects.

She spoke with the film’s crew and writer-director Richard Linklater’s old high school classmates (including the real-life Wooderson); crucially, she also spent a considerable amount of time with Linklater himself, including chats in the movie-poster-lined office at his Texas compound. She captures the filmmaker’s iconoclast spirit: from his scrappy youth and young manhood, as a high school football quarterback from a financially struggling fam, to his stint as a college baseball player. There’s also Linklater’s dropout phase working on an offshore oil rig. And his seminal days in Austin as a Raging Bull-inspired auteur, whose arthouse breakout, 1990’s Slacker, generated so much buzz that major studio Universal came calling to make Dazed, Linklater’s follow-up effort.

The director envisioned Dazed as an anti-nostalgia film about ’70s high-school life. He even included a line in the script where redhead egghead Cynthia, masterfully played by Marissa Ribisi, literally says, “The ’70s: Oh my god, they obviously suck.” Later in the film, Randall “Pink” Floyd, the amiable rogue jock inhabited by actor Jason London, proclaims, “If I ever start referring to these as the best years of my life, remind me to kill myself.” While making Dazed, Linklater waged a series of wars with Universal, including a battle over the Foghat-laden soundtrack. After a meh theatrical run, Dazed achieved glory with VHS rentals and DVD sales, immortalized as a nostalgia film for the ages. And Maerz wanted to write Alright, Alright, Alright because of that polar flip between Linklater’s intent for Dazed, set on the last day of school in 1976, and the film’s legacy. “I think a lot of people watch [Dazed] now because they’re really nostalgic for the ’90s,” she says, “and not just nostalgic for high school and for the 1970s.” As her book details, Dazed’s influence still looms large, from ’90s film to recent indie releases like Booksmart, Waves and Mid-’90s.

Maerz first saw Dazed in the fall of ’93, at a theater in her hometown, Portland, during her first year of high school. She grew up fascinated by indie film and music, drawing inspiration from journalists like Ann Powers and Sia Michel. “Those were women who wrote about music so evocatively,” Maerz says, “and I really felt like I want to write that way too.” Maerz became one of many notable journos to springboard from Minneapolis alt-weekly City Pages to major entertainment outlets like SPIN. (She’s married to another SPIN alum, Chuck Klosterman, and their family resides in Portland.)

The author interviewed most of the cast in person, including Parker Posey, whose hell-on-wheels hazer Darla is one of Dazed’s most unforgettable characters. The chats took place mostly at bars or restaurants, including those with Wiggins. (And yes, the actor is aware of the drinking games based on every time he touches his face in the film.)

For a while, Wiggins lost touch with his Dazed castmates. But in recent years, he reconnected online with London and Adam Goldberg, who played snarky intellectual Mike; and during the making of Maerz’s book, he touched base with Catherine Avril Morris, whose character, Julie, shares a “Summer Breeze”-scored kiss with Wiggins’ Mitch. (Since they knew each other previously, that scene was super awkward for them.)

A staggering array of future stars were originally in the mix for Dazed and Confused. Ashley Judd. Jared Leto. Claire Danes. Mark Ruffalo. But as Maerz rightly says, “It’s very hard to imagine any of those people in the movie now because the cast just feels so right.”

An example of that perfect casting is Wiggins.

Post-Dazed, he sometimes found himself auditioning for the same parts as Leonardo DiCaprio. “I didn’t stand a chance,” he tells Maerz in the book. Maybe so, but Wiggins made a better Mitch Kramer than DiCaprio ever could’ve. His naturalistic performance exemplifies why the semi-plotless Dazed still occupies the souls of so many who’ve watched it. And why they’ll want to read Maerz’s book.

Dazed and Confused Cast to Reunite for Texas Voting Fundraiser