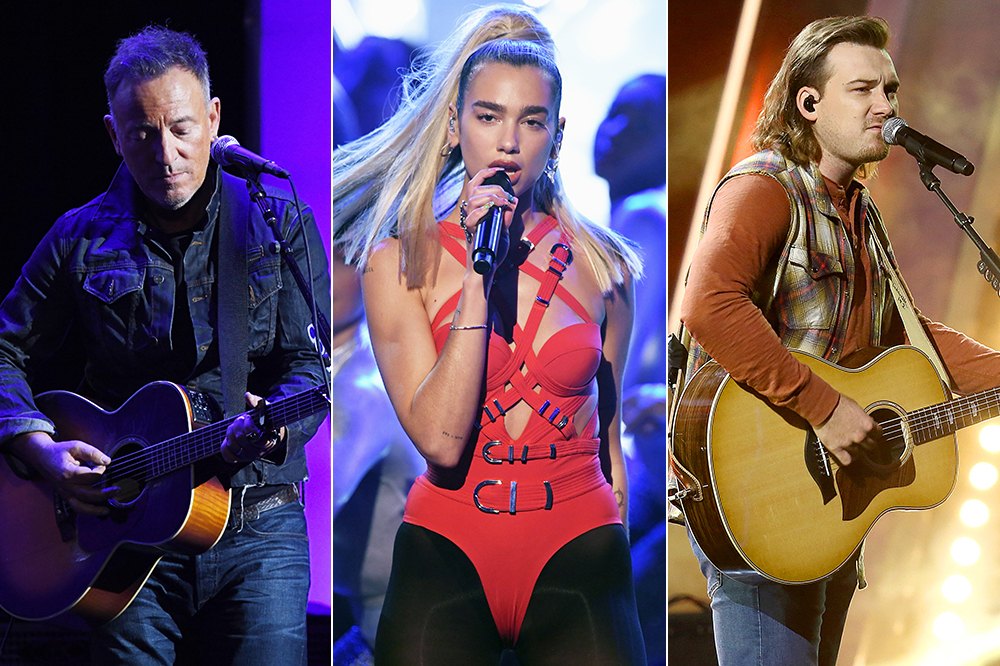 Bruce Springsteen and the E Street Band, Dua Lipa and Morgan Wallen will be the musical guests on the December episodes of Saturday Night Live.

If you remember, Wallen was booted from an episode earlier this year due to violating COVID protocols. He was replaced by Jack White as the musical guest.

Jason Bateman, Timothée Chalamet and Kristen Wiig will host the final three episodes of 2020. They will take place Dec. 5 (Bateman and Wallen), Dec. 12 (Chalamet and Springsteen/E Street Band) and Dec. 19 for the Christmas episode (Wiig and Lipa).

Springsteen released Letter to You in October. You can read our review of it here.

Meanwhile, Lipa had quite a day on Tuesday — picking up six Grammy nominations, including several in the major categories.