He also performed a thinly-veiled poke at you know who 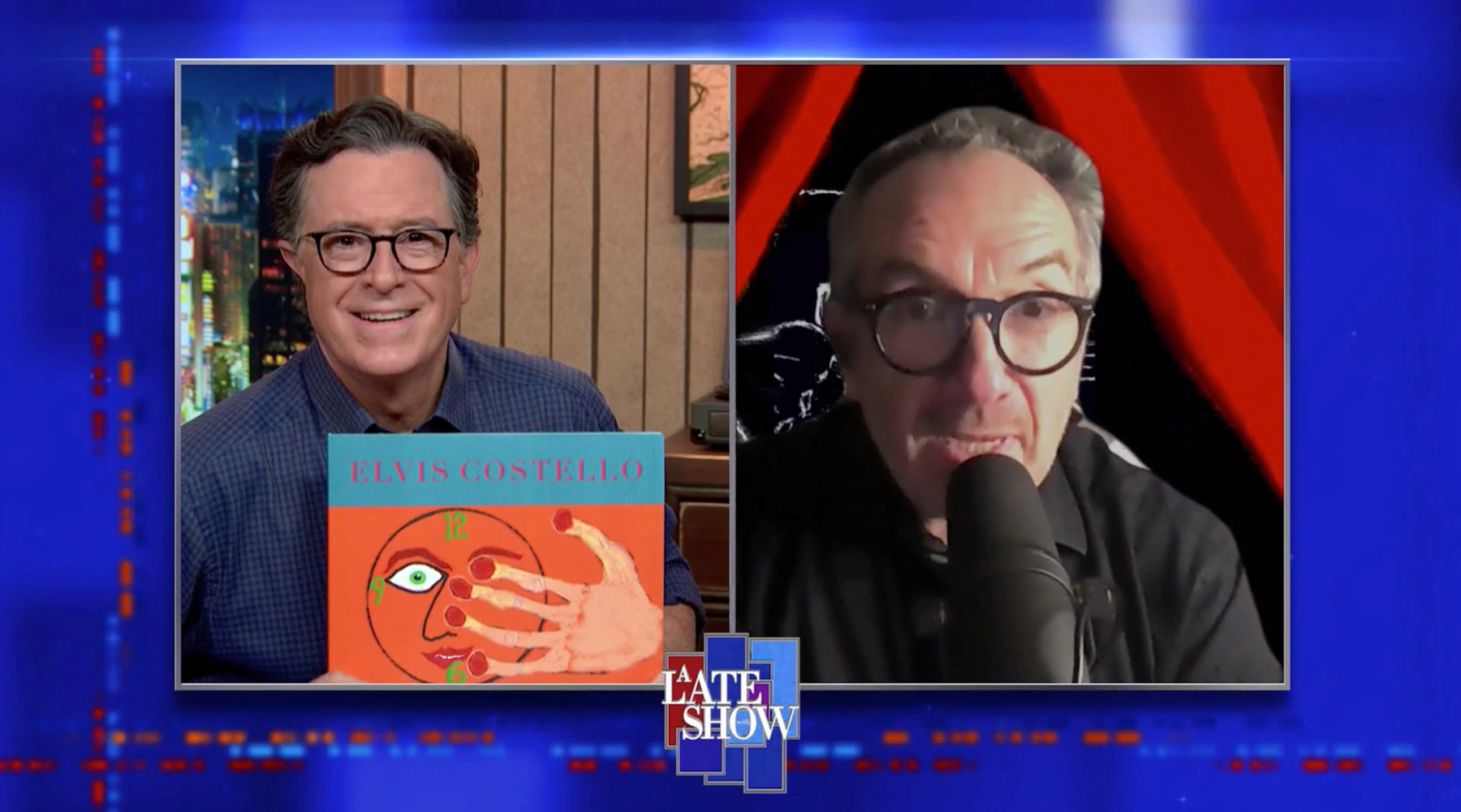 Elvis Costello has a new album that’s out tomorrow (Oct. 30). He dropped by Late Show With Stephen Colbert to promote his new album Hey Clockface, his upcoming Armed Forces box set and to chat with the host about how his 2020 was thwarted due to the pandemic.

Costello was supposed to unveil a musical adaptation of A Face in the Crowd that would have opened in New York this year. From that, the singer-songwriter performed a spoken-word portion of that play, which as you can see below, takes aim at a populist egomaniac that could be construed as being similar to someone familiar.

You can see both performances below.