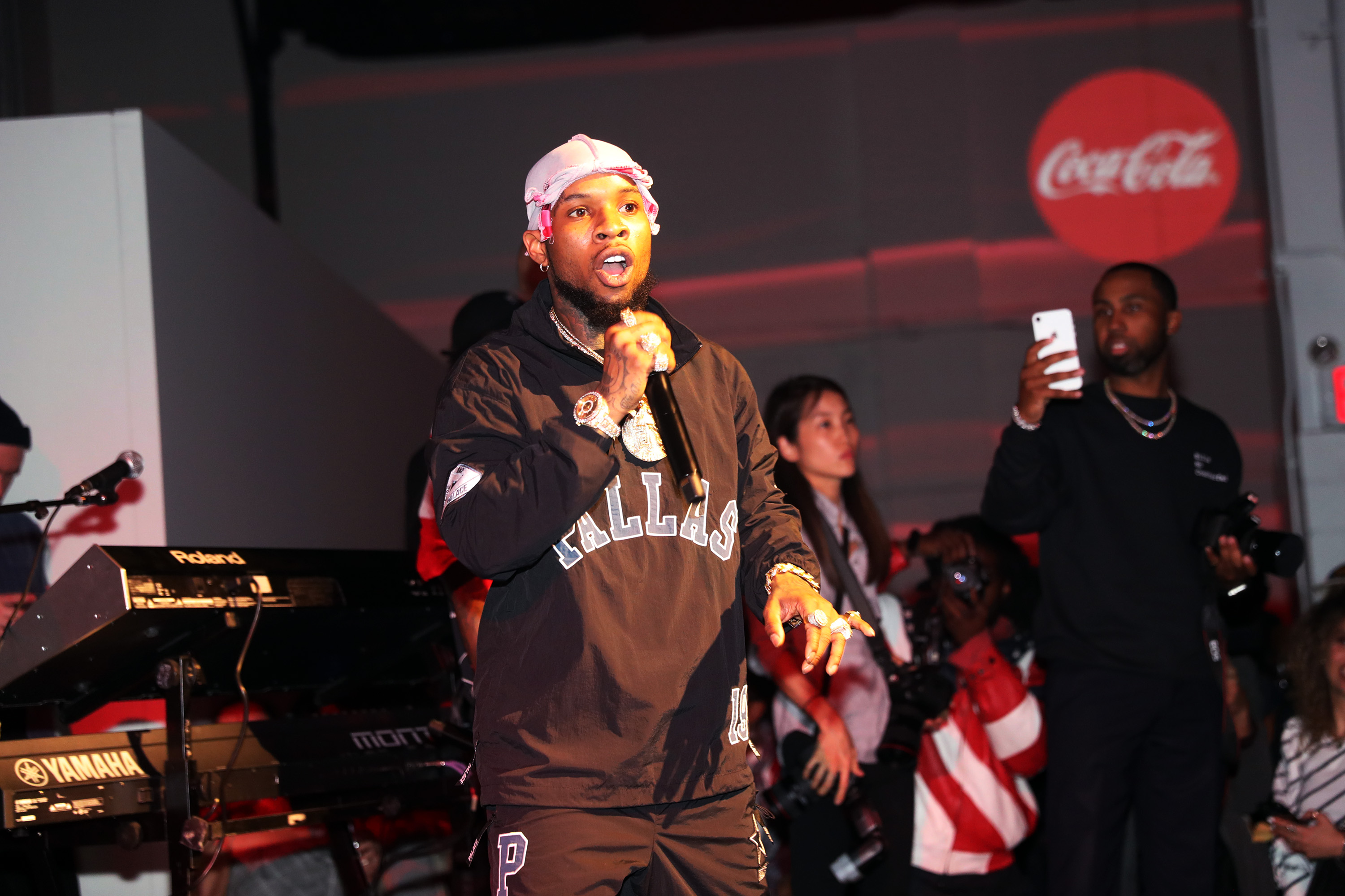 Tory Lanez has been charged by the Los Angeles County District Attorney’s Office with one felony count of assault with a semiautomatic firearm in an assault on a “female friend.” Though the DA’s office doesn’t specify who the woman is, it should be clear by now that the “female friend” is Megan Thee Stallion.

“The rap artist known as Tory Lanez has been charged with assaulting a female friend in the Hollywood Hills earlier this year, the Los Angeles County District Attorney’s Office announced today,” the statement said.

It continued: “Daystar Peterson aka Tory Lanez (dob 7/27/92) was charged today in case BA490599 with one felony count each of assault with a semiautomatic firearm – personal use of a firearm – and carrying a loaded, unregistered firearm in a vehicle. The defendant also faces a gun allegation and that he personally inflicted great bodily injury.”

In the incident that took place in the Hollywood Hills, Megan Thee Stallion was shot in both feet and said that Lanez was the person who did it. In the weeks following the alleged incident, Megan steadily revealed details of what happened and even posted a photo of her wounds and said “why would I lie?”

“The narrative that is being reported about Sunday’s morning events are inaccurate and I’d like to set the record straight,” the Houston rapper said shortly after the incident. “On Sunday morning, I suffered gunshot wounds, as a result of a crime that was committed against me and done with the intention to physically harm me. I was never arrested, the police officers drove me to the hospital where I underwent surgery to remove the bullets.”

She continued, saying she was “incredibly grateful to be alive” and “expected to make a full recovery.”

Lanez will be arraigned on Oct. 13. If convicted, Lanez faces up to 22 years and 8 months in state prison.