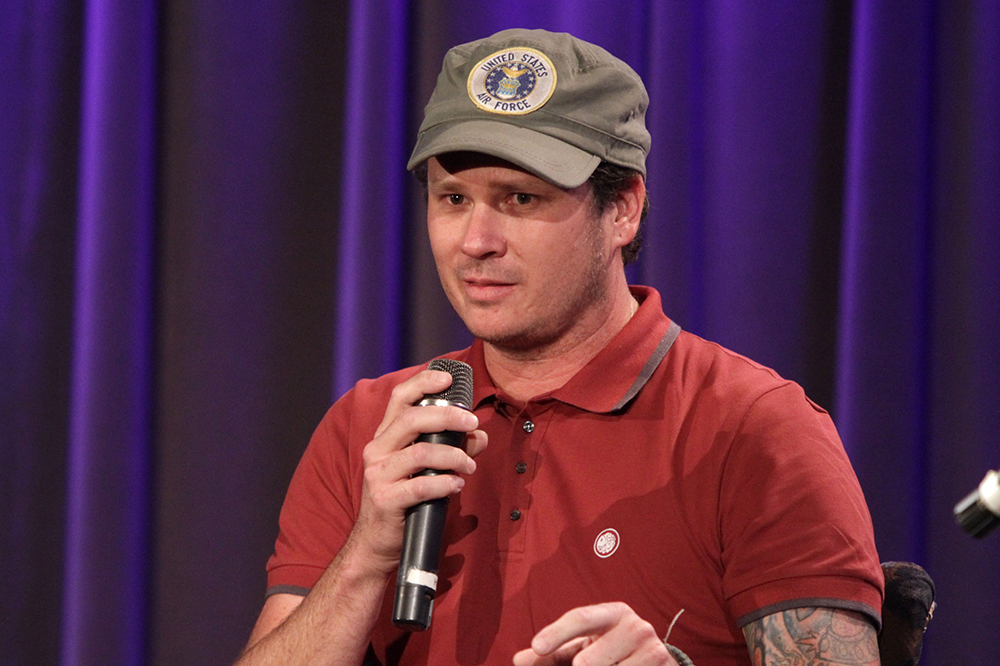 Former Blink-182 singer/guitarist Tom DeLonge has made his fascination for UFO’s clear, so it’s only fitting that he’s making his directorial debut with a sci-fi feature film called Monsters of California.

Deadline reports that DeLonge is directing the coming-of-age film from an original script he wrote with Ian Miller. DeLonge will write and perform the movie’s original score.

Mad About You and Curb Your Enthusiasm actor Richard Kind, Casper Van Dien (Starship Troopers), Arianne Zucker (Days of Our Lives) and Sports Illustrated model Camille Kostek will all feature in the film.

The plot is a coming-of-age adventure with a science fiction twist that follows teenager Dallas Edwards, played by newcomer Jack Samson, and his derelict friends on a quest for the meaning behind a series of mysterious, paranormal events in Southern California, according to Deadline.  It sounds not unlike Stranger Things, as the kids uncover a government connection to the mystery.

“I have been playing this story in my dreams for decades,” DeLonge said in a statement. “It represents all aspects of my strange existence, including growing up in San Diego suburbia as a disaffected teenage skateboarder. I had a tight tribe of friends who never missed an opportunity to piss people off and made me laugh so hard I would cry. The camaraderie, curiosity, angst and irreverence is everything that lead me to Blink-182 and this story is layered with my obsession with the tightly blurred lines between science and science fiction.”