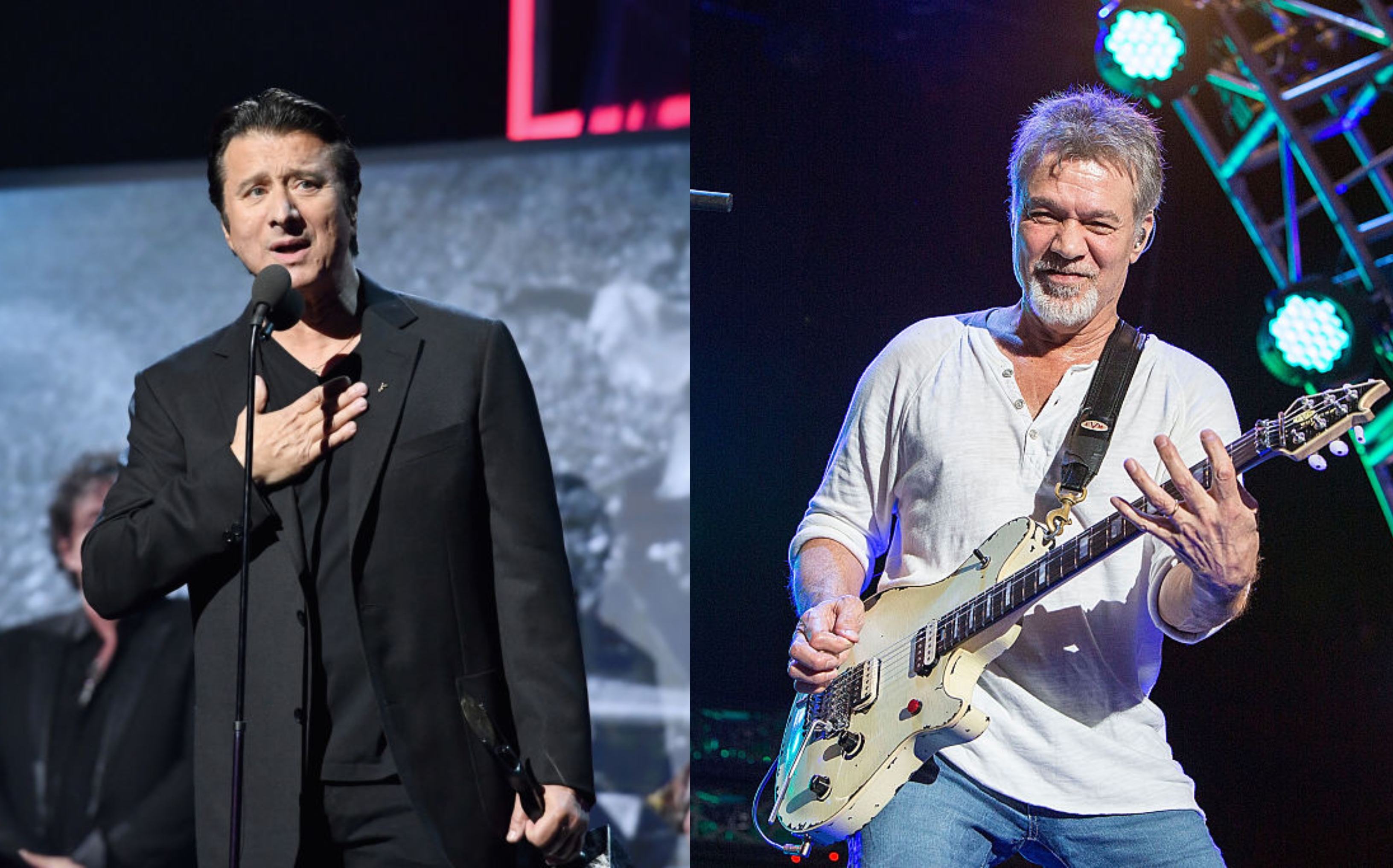 It was a food fight for the ages, but no tears were shed in the process… at least according to Steve Perry.

The Journey singer, in an interview with Rolling Stone, opened up about an Eddie Van Halen story that has taken social media by storm. However, Perry says it isn’t entirely true.

As the story goes, in 1978, when Journey and Van Halen were touring together, Perry unintentionally got caught up in the crossfire of a food fight. The result? He was hit with some guacamole and, according to the rumors, cried about it.

“But one night, I decided I had to go tell him, ‘I just love you guys,’” Perry said. “I open the door and was about to say, ‘Hey, guys …’ Now, back in these days, guacamole came in a cottage-cheese–like container. The band was having a food fight. Just as I was opening the door, a container of guacamole bumped off the mirror to my left and splashed against my most prized possession, being a small town kid from Fresno. It was my satin tour jacket that had ‘Journey’ on the back of it. Wearing that, I felt like I was finally somebody.”

“The guacamole went on my left shoulder and my left arm,” he continued. “I looked down on it and I looked up at them and they sheepishly laughed like, ‘Oh shit.’ I just looked at them and I closed the door and left because I was pissed. I went into the bathroom and I was just pissed. That was my prized jacket. I still loved them, but I couldn’t give them props anymore after that. I wiped my guacamole off my satin jacket.”

Perry insists there was no crying over spilled guac and stained jackets that night, either. But who knows.

“I wouldn’t cry over guacamole,” Perry said. “It becomes folklore at some point. It becomes silly.”

Interestingly, Perry said that David Lee Roth left the band in 1985, Van Halen invited him down from the Bay Area to Los Angeles for a jam session. He never took him up on the offer though. What could have been…