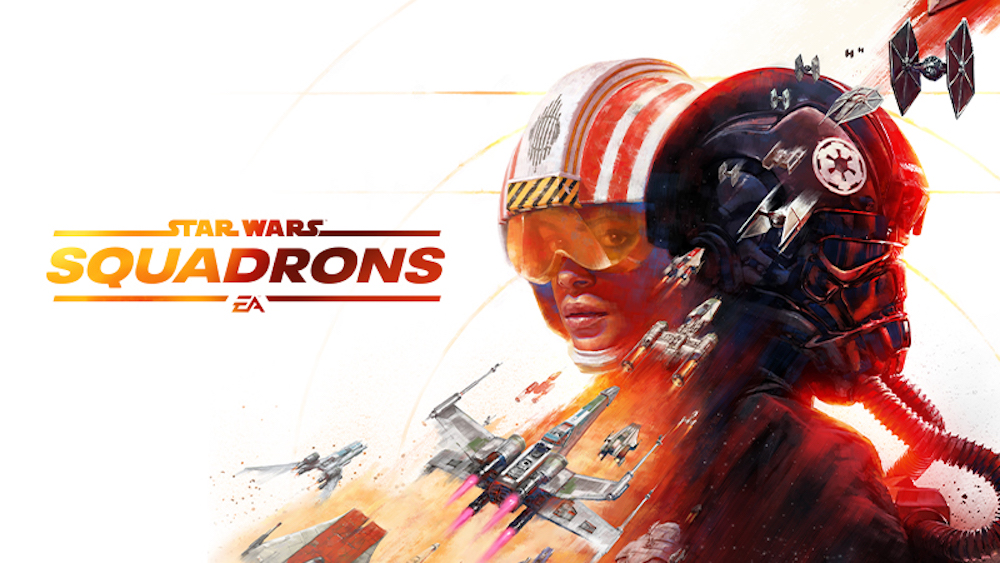 If you’ve played a Star Wars video game within the last decade, you’ve likely heard the scores of composer Gordy Haab. With titles such as The Old Republic, both Battlefront games and Jedi: Fallen Order to his credit (along with a few non-Star Wars games for good measure), Haab’s soundtracks have become an integral part of the Star Wars universe over the last several years.

Now, Haab is back in the flight deck for Star Wars: Squadrons alongside veteran audio director Olivier Asselin, and the result is an appropriately enthralling soundtrack for the most focused Star Wars game in recent memory.

While pretty much every other Star Wars title in the last couple of console generations has at least given players the option to run around and slice enemies up with a lightsaber at some point, Squadrons never loses sight of its role as an aerial combat simulator above everything else. Whether playing the single-player campaign or jumping into the multiplayer dogfights, Squadrons is by far the most complete TIE fighter and X-wing simulator to ever release to the public, and the dynamic score ebbing and flowing with the tide of each round of combat only adds to the experience — particularly when playing in virtual reality.

SPIN stepped out of the digital flight deck for just long enough to catch up with Haab and Asselin to discuss what went into scoring some of the most immersive space dogfights of all time.

SPIN: When working on a project like Squadrons, how do you balance putting your own spin on the score while still making sure it feels distinctly like a Star Wars soundtrack?
Gordy Haab: I’ve been writing music for Star Wars video games for the better part of a decade, and this has been the challenge I’ve faced on every single project. How do you stay in keeping with the aesthetic that everyone knows for Star Wars music but also interject my own personal aesthetic? The way I’ve approached it is that rather than listening to the original scores to the films and trying to imitate that or do something that sounds like that, I listen to them in the beginning of the process and then abandon them completely to let my natural aesthetic pour in. Having lived with Star Wars music professionally for a decade — and for my entire life, literally — it’s already part of my DNA, so it comes naturally to me that way.

How different was it to craft a soundtrack exclusively for the aerial space combat of Squadrons as opposed to a less focused Star Wars game?
Olivier Asselin: It’s really from a pilot’s perspective, so it’s a unique experience. We really wanted to show how it feels when you sit in that cockpit for the first time, but also that it’s two opposing forces. Gordy and I worked together to always make sure that you know which faction you’re playing at all times, which side you’re on, and what’s going on based on that.
Haab: You’re always kind of hearing music from a Rebel perspective or an Imperial perspective, but my perspective on this as a huge Star Wars fan is that one of my biggest dreams ever — and I think every Star Wars fan probably shares this same dream — is the idea of being able to jump into an X-wing or a TIE fighter, take flight and get into these dogfights. The music I composed is from the perspective of how excited I would be for that opportunity. It’s exciting. It’s fun. It’s somewhat retro in a way to keep with the aesthetic of the game itself, and it’s always from either the Rebel or Imperial perspective.

Seeing as Squadrons features both a single-player campaign and a huge multiplayer aspect, what was it like to have to create scores for both of them?
Haab: For the multiplayer, the music is very action-driven to accompany the fast-paced and exciting dogfights. For the single-player storyline, the music can have a bit more emotion, so it’s more like scoring a film. The approach was slightly different between each, and we actually built sets of music that could work for the multiplayer and be interchangeable since the matches can go for quite a long time.
Asselin: Once we established the aesthetic of Squadrons itself, we moved on to the core of our game — the PvP fleet battles. That’s where Gordy wrote most of the music for the action-driven stuff, and it’s all bits and pieces that we cut together to make sure that each section of the gameplay is covered and each transition is put forward. So if you play as a Rebel and win one section of a battle, you’ll hear one specific transition that Gordy wrote just for that to lead from one section of the fleet battle to the other one. That way you’ll know which faction has the lead, which one has the momentum, and what’s going on while keeping that Star Wars feel and excitement as much as possible.
Haab: I would go as far as saying that it’s the most interactive Star Wars score I’ve ever worked on, because we had to create all of those transitions and all of those endings for both the Rebel and Imperial factions. I would say we found every possible situation that a player could encounter and made sure there was music to accompany it. It was a unique challenge but also very cool.

Considering that the game just came out after 6+ months of much of the world being in quarantine, what was it like to finish up this soundtrack without being able to record and produce with a full orchestra in-person like you normally would?
Haab: It was a curveball that nobody expected. We had to find a way to [record] when you couldn’t put 50-60 string players in a room at once. We had to record the remainder of the score entirely with one player at a time and one instrument at a time every day for a month and a half. Then we pieced it together like a puzzle and built an orchestra, which was a challenge, but it worked quite well.

Carrion Lets Gamers Be the Monster This Halloween, Thanks to Legendary Composer Cris Velasco’s Score