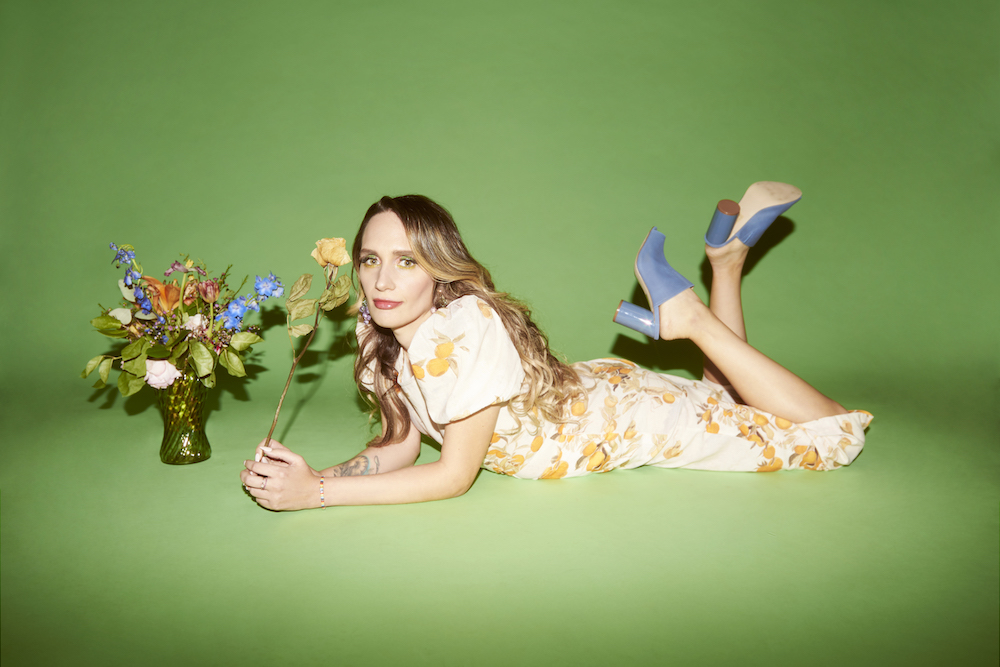 Sad13 covered Rilo Kiley’s ‘Paint’s Peeling’ for No Bad Words for the Coast Today: The Execution of All Things, a Rilo Kiley covers compilation out Nov. 6 via Bandcamp.

“Paint Peeling” originally appeared on Rilo Kiley’s 2002 The Execution of All Things album.

Listen to Sad13’s take below:

No Bad Words For The Coast Today: The Execution Of All Things features 14 artists, including Gay Meat, Mannequin Pussy, Adult Mom and Diet Cig.

From now until the release date, 100 percent of proceeds from Bandcamp will be donated to G.L.I.T.S., a New York City-based non-profit organization dedicated to supporting transgender people. After that date, 50% of the proceeds will go to the artists and the other 50% will go to G.L.I.T.S.

Sad13’s cover on ‘No Bad Words for the Coast Today: The Execution of All Things’ comp follows Dupis’ recent Haunted Painting album, done under her Sad13 moniker, which she first adopted in 2015 for her solo album Slugger. SPIN recently spoke with Sad13/Sadie Dupis about  Haunted Painting, and you can read that interview here.

Meanwhile, in Rilo Kiley news, the band’s debut LP, which was reissued on vinyl, is out now.

Check out the tracklisting for the compilation below: