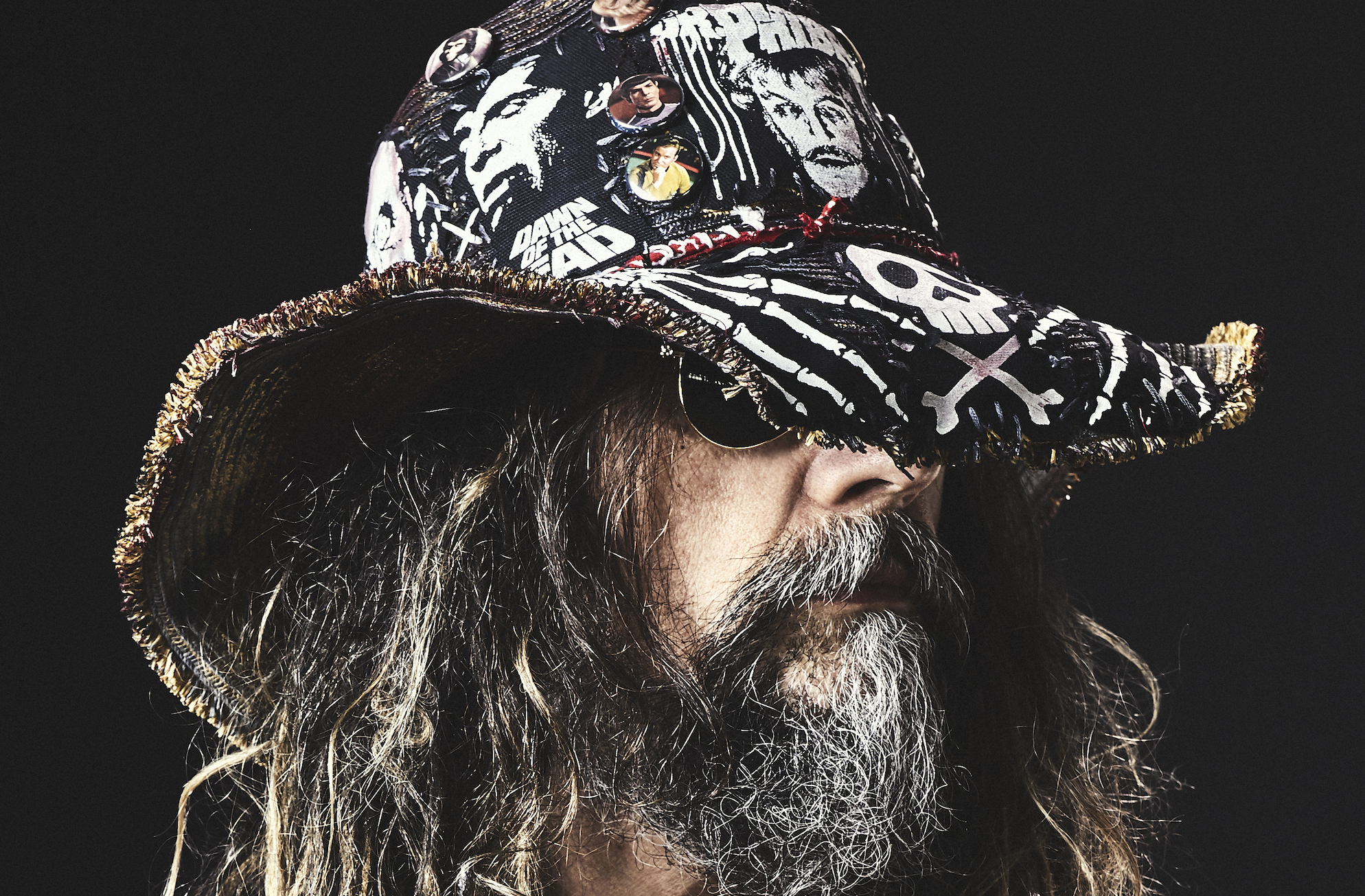 In some horrifyingly good news, Rob Zombie released a new single, “The Triumph of King Freak,” just in time for Halloween 2020, the scariest holiday in an already terrifying 2020.

America’s favorite musical Zombie also announced that the tune is off his forthcoming seventh album, The Lunar Injection Kool Aid Eclipse Conspiracy, which marks the musician/director’s first new record in five years. It comes out March 12, 2021 via Nuclear Blast, and contains 17 cuts, produced by ZEUSS. (Tracklisting and album art are below.)

A limited-edition colored vinyl seven-inch featuring “King Freak” — which, technically is called “The Triumph of King Freak (A Crypt of Preservation and Superstition)”– and a B-side, “The Serenity of Witches,” is available now. Check out the video for “The Triumph of King Freak” below and order the single here.

The tracklisting and cover art for The Lunar Injection Kool Aid Eclipse Conspiracy is below. 1) Expanding the Head of Zed
2) The Triumph of King Freak (A Crypt of Preservation and Superstition)
3) The Ballad of Sleazy Rider
4) Hovering Over the Dull Earth
5) Shadow of the Cemetery Man
6) A Brief Static Hum and Then the Radio Blared
7) 18th Century Cannibals, Excitable Morlocks and a One-Way Ticket On the Ghost Train
8) The Eternal Struggles of the Howling Man
9) The Much Talked of Metamorphosis
10) The Satanic Rites of Blacula
11) Shower of Stones
12) Shake Your Ass-Smoke Your Grass
13) Boom-Boom-Boom
14) What You Gonna Do with That Gun Mama
15) Get Loose
16) The Serenity of Witches
17) Crow Killer Blues

Zombie’s last musical release was ASTRO-CREEP: 2000 LIVE, which was released in 2018. Astro-Creep: 2000 was the final studio album by White Zombie and includes the hits “Electric Head, Pt. 2 (The Ecstasy),” “More Human Than Human,” and “Super-Charger Heaven.”

In addition to being a seven-time Grammy nominee, Zombie is the writer/director of eight feature films. His re-imagining of John Carpenter’s Halloween in 2007 debuted at #1 and holds a box office record for Labor Day weekend.