Dave Grohl, Fall Out Boy and producer Steve Albini were among the band's fans 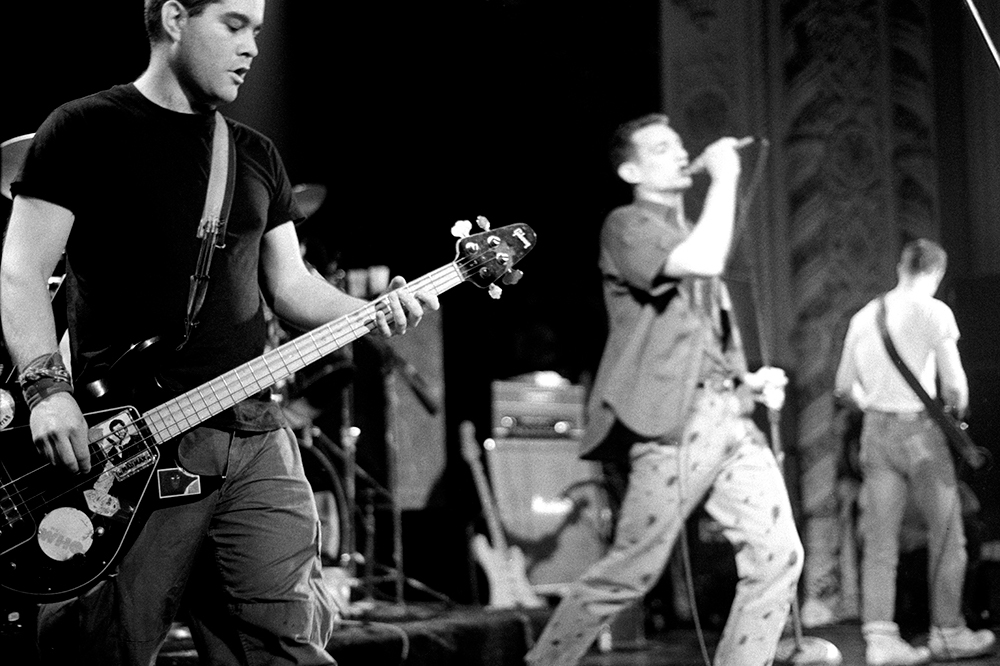 Pierre Kezdy, bassist of Naked Raygun, the Chicago band who was a favorite of Foo Fighters’ Dave Grohl and producer Steve Albini, has died (Oct. 9) at the age of 58.

The cause was cancer, reports the Chicago Sun-Times.

Grohl said he was about 13 when Naked Raygun “changed everything I knew about music,” Lou Lombardo, manager of Naked Raygun, told the Sun-Times.

The future Nirvana drummer saw the band at an all-ages show at Chicago’s storied Cubby Bear club. In his Sonic Highways documentary for HBO about the city’s music scene, Grohl says the gig “just turned my world upside-down.”

About 30 years later, Grohl asked Naked Raygun to open for Foo Fighters when his band played Wrigley Field in 2015.

Producer/engineer Albini called them “by far my favorite band” in Chicago’s 1980s music scene in Sonic Highways, saying that Naked Raygun “was the first band that I saw where they were totally content to just be the freaks and weirdos that they were naturally.”

In a 2015 article in the Chicago Ambassador, Kezdy said, “We can look back and say, ‘We were the guys out there with machetes, blazing a path through the jungle, while other people were able to follow and bring their weapons through easily.’“

According to the Sun-Times, Kezdy and his brother John were in punk band The Effigies. Kezdy joined Naked Raygun in 1985, two years after the band formed. The group’s name was a take on the Sex Pistols’ moniker.

After sharing stages with Black Flag, the Germs, the Ramones and Soul Asylum — Green Day once opened for them –the group broke up in 1992, and then reunited in 2009.

A songwriter, Kezdy wrote popular and critically acclaimed Naked Raygun songs including “Home” and “Vanilla Blue.” He was also was a member of the bands Arsenal and Trial by Fire.

In addition to his brother John, Kezdy is survived by his wife Heather, children Nicole, Mary, Peter and Delphine and his brother Andre.