After years of development, the spiritual successor to Wipeout is out now 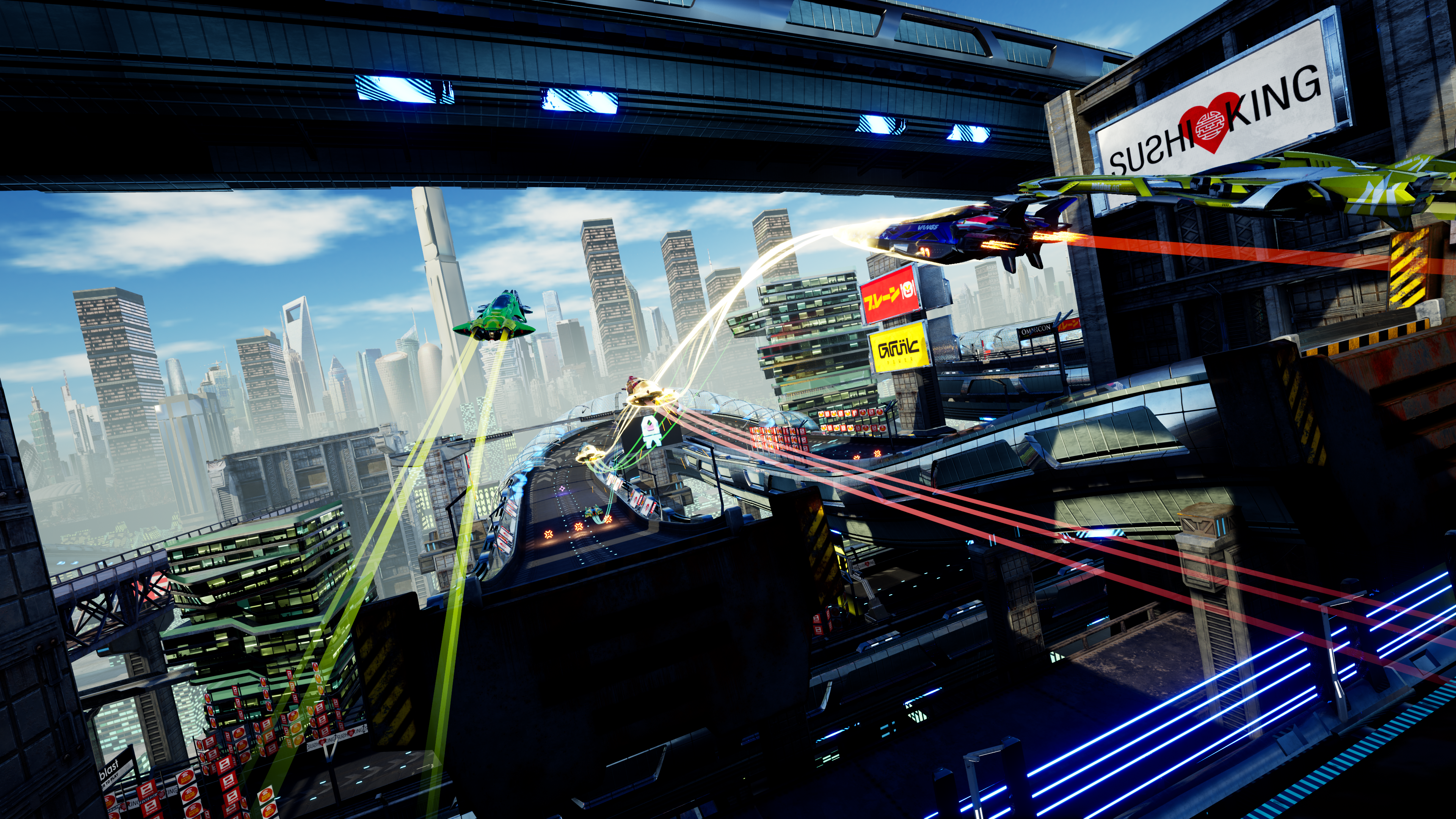 For those who miss the old days of gravity-free racing games like Wipeout and F-Zero, Pacer is here to fill the high-speed void in your heart. Crowdfunded and created by R8 Games (which happens to feature a group of industry veterans who have previously worked on the Wipeout series), Pacer brings the kind of thrills, velocity, and racetrack drama one would expect from this type of game.

After a mixed reception when it was released in early access on Steam a few years ago as Formula Fusion and a brief delay from the original release date of last month, the Pacer team has cleaned up its issues and released the game on consoles today. Complete with a soundtrack featuring artists like Tim Wright — a veteran composer and sound designer also known as CoLD SToRAGE who’s literally been working on video game music since beginning with the Amiga in 1989 — Pacer may be the most complete game of its subgenre to launch during this generation.

SPIN spoke with Wright to chat about the Pacer soundtrack and his 30-year evolution as a musician within the gaming industry.

SPIN: Considering how many games’ soundtracks you’ve worked on in the past, how did working on Pacer differ from some of your previous projects?
Tim Wright: Writing the music for Pacer was actually not as straightforward as I’d first imagined.

On the one hand, the game is heavily influenced by Wipeout and other anti-gravity racing games, and it would therefore make perfect sense to just reach into the style and the mindset associated with those games. But Pacer is not a clone. It’s a game in its own right, with its own look and vibe. So then the challenge was to compose tracks that would hopefully not only capture some nostalgia but feel new and ultimately be recognizable as CoLD SToRAGE. I’ve been told that I do have a signature style, but it’s not something I can really nail down. It’s not something I can just “switch on” and compose in a certain way, so I just had to go with my gut feeling, compose a track, and then play the game with the music running in the background. If it gave me goosebumps — or at least had my toe-tapping and a desire to win the race — then I knew I was probably on the right track.

Having listened to the other music that ships with the game, it became clear that my music was kind of “out there” by comparison, which at first brought on mild panic. Was I missing the mark? Then I realized that my job was not to compose music to sit in with the other very talented contributors, my job was to bring that “CoLD SToRAGE” sound to the game, and so I took a deep breath and got back to work. In total, there are eight race tunes from me and two in-game short musical stings for when you’ve completed various key stages. My overriding goal with the music was to have a mix of tracks that were all uplifting, but maybe in different ways. Some should have very much in-your-face melodic hooks and in some cases be very grand and anthemic.

Aside from the music, I worked closely with the in-house sound effects guys, developing a template for the engines and other key effects. So in the end, I became involved with creating the full soundscape rather than just providing music as a third party, which was great fun. [It] allowed me to leverage some of my experiences with developing sounds for various games back in the day.

As someone who has composed scores for video games since the industry’s early days, how have you seen it evolve and change over the years?
The biggest change came with the advent of CD-Audio or at the very least the ability to stream sampled audio via a sound chip. Before this, music relied on real-time waveforms like with the Commodore 64 SID chip and the Nintendo GameBoy sound chip, and later the playback of short samples at various pitches like with the Amiga or in some MegaDrive games. When streaming audio came along, it opened the door for non-game musicians to step forward and contribute their existing back catalog or develop new music. This led to many in-house sound artists — which was the job title we had at Psygnosis because we did more than compose music, as there was sound effects production, foley, speech editing and even the programming of audio tools — being sidelined in terms of contributing music to games.

Personally, I was very lucky and got to embrace the new audio formats, slowly transitioning from writing four-channel tracker modules to developing full scores in many, many styles like rock, classical, techno, trance, ambient, and more. I can’t say I was great at all of these, but I was proficient enough to keep my job and not get completely pushed out of the picture.

How do you balance your career as an established video game composer with your life as a musician outside of the gaming industry?
I try to spread my activities in such a way that everything gets the time it needs, but of course, that doesn’t always quite pan out. First and foremost, I am presently the Head of Studio for a company called Numfum GmbH based in Basel, Switzerland — and this takes up the bulk of my time right now. In addition, I also still manage my UK-based multi-media company, Tantrumedia, which provides all manner of web hosting and design services. So, when it comes to composing music for games and also my own albums in their own right, I have to do a lot of juggling of my spare time — such that there is — and weekend studio time too.

Clearly, it can get really, very hectic at times — juggling all these balls in the air — but it’s something I’ve been doing for over four years now, so I’ve kind of found a reasonable equilibrium. It’s also interesting having so many fingers in pies, as there is never much chance of getting bored. I also have a few books I’m in the process of writing, which are all fiction-based, but totally different genres. That’s been on the back burner for over a decade, but I’ve thought lately that maybe I should get at least one finished and published.

As someone who’s worked on so many different titles in various mediums, is there anything else you’d want people to know about your career?
It’s interesting how some people know me from my work on Amiga soundtracks as Tim Wright, some as CoLD SToRAGE for my work on console and other albums, and then again as the guy who invented MUSICtm and MTV Music Generator music composition games for consoles — and quite a few eJay products too. I’m always thinking of ways to bring all those audiences together in some way. I’m also working on remastering a lot more of my back catalog for release on Spotify, iTunes and other streaming services around the globe — with PlayStation games like Colony Wars, Krazy Ivan and so on finally getting full-quality audio releases — along with maybe some previously unheard material. I have original music on the back burner too, and other off-shoot musical projects like “Orange Goes Pop!” and various artwork projects. I’m certainly not short on ideas, just maybe the time to fulfill them all.