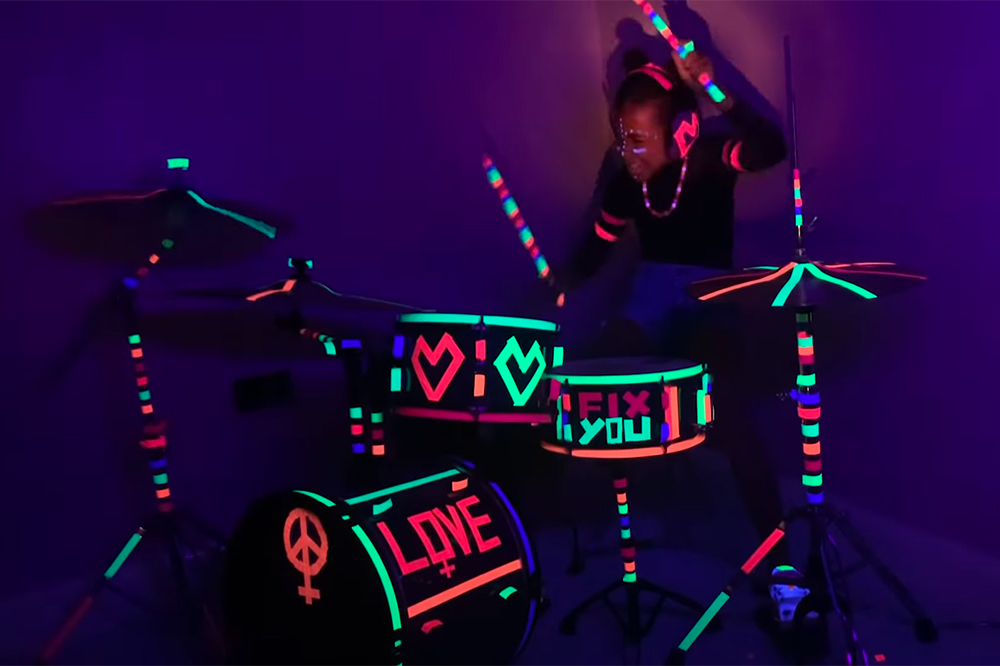 “I hope this will bring a #smile to your face today. We always have #music! I really like this song called #fixyou by @Coldplay . The buildup at the end really get me flowing! With #love and #respect to you all, have an #awesome day ❤️🙏🏽✊🏽🤟🏽🥁👧🏽#coldplay #chrismartin #willchampion,” the 10-year-old British musician captioned the video.

Aside from her impeccable drumming on the instrumental break on the track, she decked out her drumkit with neon tape, brought out the black light and gave viewers not just a sonic experience but a visual one as well.

Bushell was of course pleased with the positive response and hopes everyone keeps the positivity flowing.

From her drum battle with Grohl to receiving a guitar from Tom Morello, Bushell has had quite a year — despite the global pandemic.

Watch Nandi Bushell play the drums on Coldplay’s “Fix You” below.