“I created my dream world but everyone else’s nightmare” 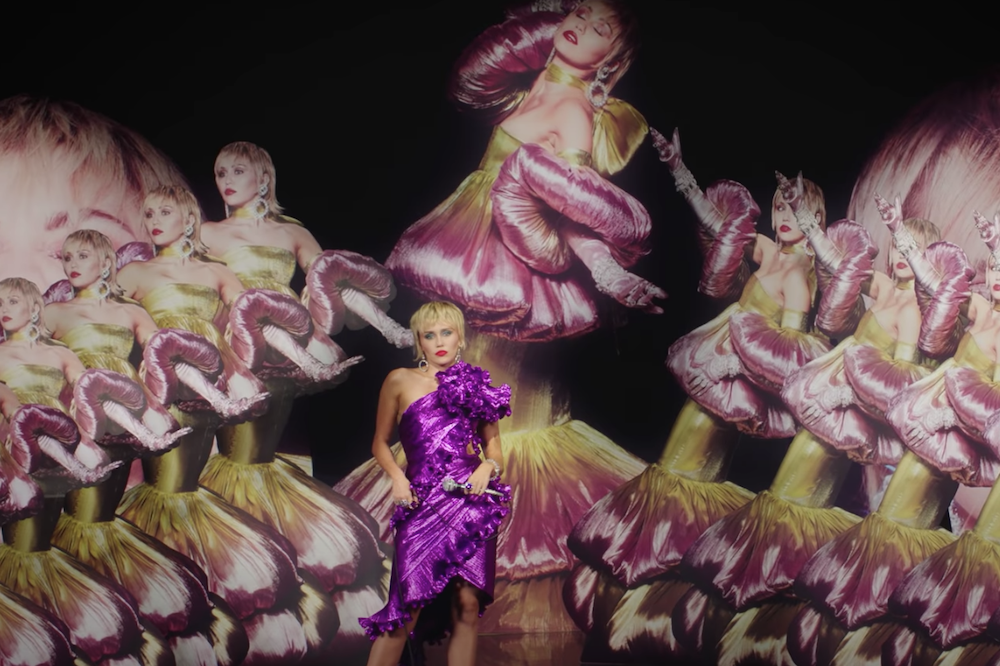 Since releasing her latest single “Midnight Sky” in August, Miley Cyrus has made the rounds, performing the song virtually on talk shows, at festivals, and award ceremonies. There’s only so much you can do when working remotely, so when recording her set for Graham Norton, the pop star decided to create her “dream world but everyone else’s nightmare.”

Before her performance aired, the pop star chatted with the British talk show host virtually (the show is back in-studio; however, since Cyrus is U.S.-based she wasn’t able to be there in person) about her set and creativity in the COVID era.

“I did want to create something special for you and your show, because I always love being there,” she said. “It may sound egotistical. I created a set which is just a million Mileys, which is a nightmare, and I don’t think anyone would want that, but again we’re in this creatively challenging time that because we’ve had so much time we’ve been able to kind of dream and exercise our imagination in a way because reality is so off right now.”

“I created my dream world but everyone else’s nightmare,” she added. “It’s a set with a million me’s.”

Watch Cyrus perform “Midnight Sky” amongst a million Mileys below.