"It's such a celebration of everything" 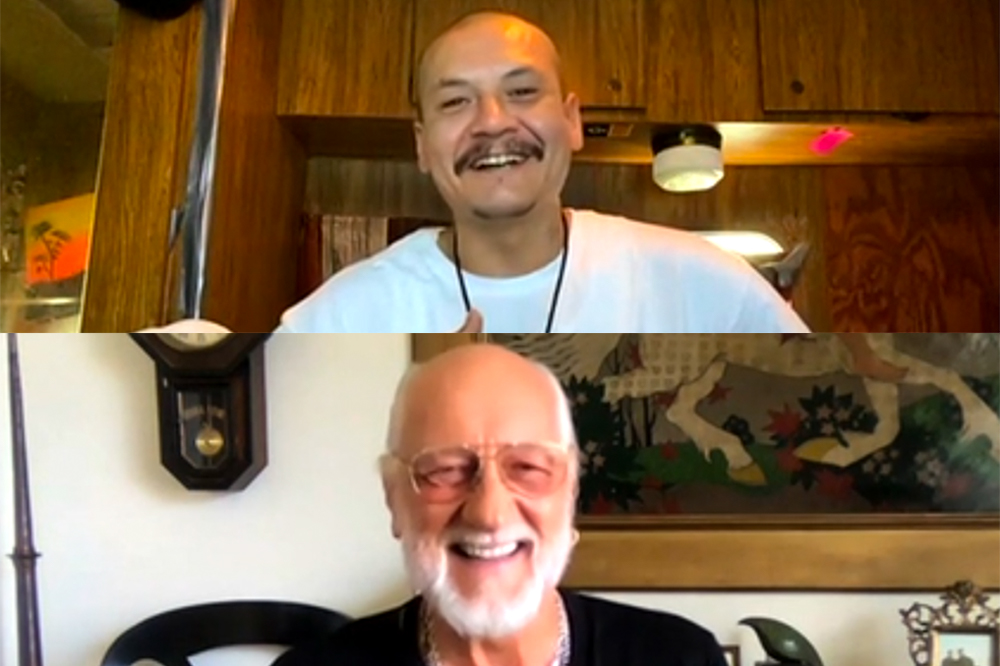 After the viral success of Nathan Apodaca’s TikTok video featuring Fleetwood Mac’s “Dreams,” both the social media star and drummer Mick Fleetwood have been talking (separately) about the revival of the 1977 track.

But on Oct. 9, the two finally met virtually on a BBC News broadcast.

“One, we owe you,” Fleetwood said after surprising Apodaca during the newscast. “It’s such a celebration of everything. I’ve heard you talking about it, and it’s so joyous and fun.”

Fleetwood continued, “I just wanna say, outside of Fleetwood Mac, we owe you. It’s such a great story, and so needed. In days that are really challenging…it makes people smile, and I’m so happy to be part of it. Congratulations on a wild, wild skateboard journey that has led us to talking today.”

Apodaca, still getting over the shock, said, “I feel blessed and I appreciate you. It’s just awesome.”

At the end of the chat, Fleetwood hoped that they would one day meet in person saying, “You’re right in my heart.”

Fleetwood recently recreated Apodaca’s chilled out video, which not only went viral itself but also kept “Dreams” at the top of the Billboard charts.

Watch the full conversation on BBC News below.