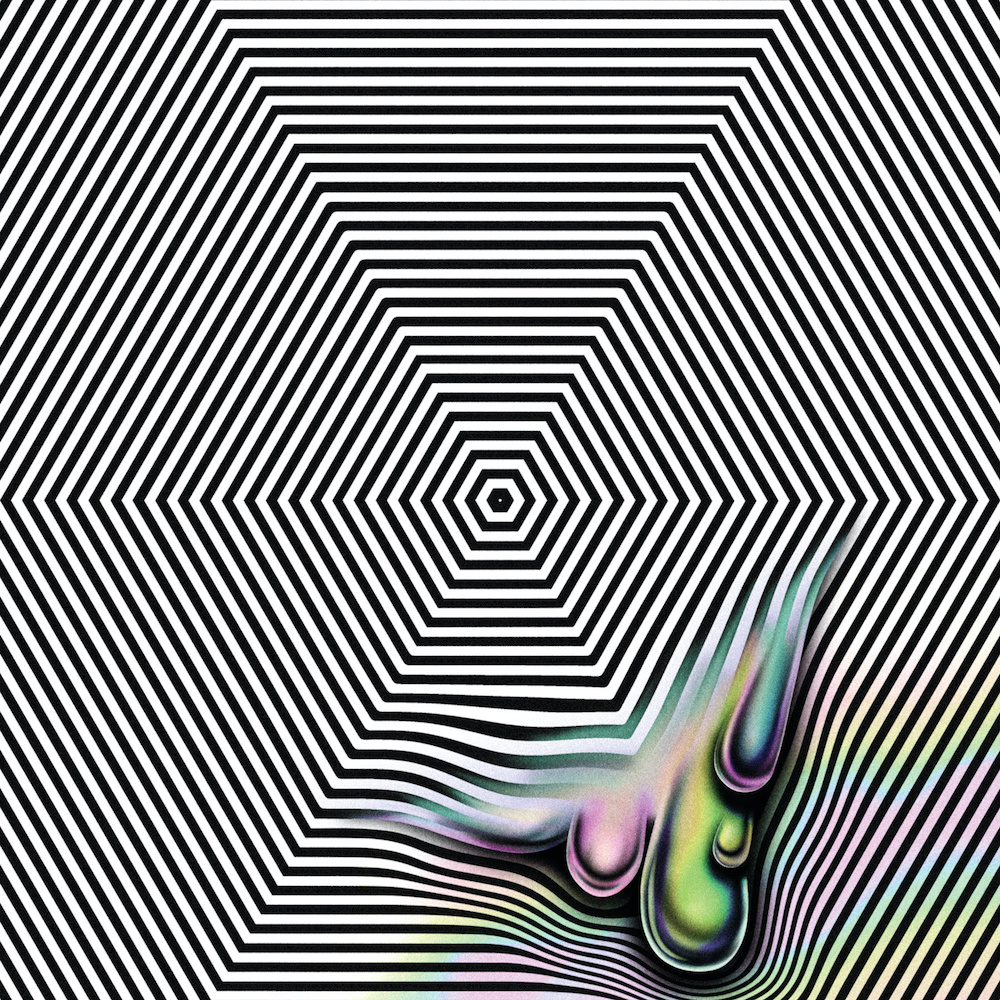 For more than 50 years, electronic music has unofficially signified the future. It was an Italian futurist, Luigi Russolo, who first conceived of noise music and proto-industrial music-making during the 1910s. Decades later, the robot-pop visionaries of Kraftwerk beamed themselves into the future on an album celebrating the dawn of the computer world. In 1982, when Blade Runner sought to summon the dystopian sounds of the then-distant-future year of 2019, the filmmakers turned to the cold, synthetic sounds of Vangelis.

So it’s curious that Oneohtrix Point Never, a.k.a. Daniel Lopatin, one of the most renowned and reliably inventive electronic musicians of the past decade, is so frequently captivated by the sonic detritus of the past. His breakout album, 2011’s Replica, constructed a hypnotic fantasia out of sampled voices from ’80s television commercials. The follow-up, 2013’s R Plus Seven, reveled in the artificial, icy-clean textures of early MIDI instrumentation and digital pre-sets. That’s not to mention the vaguely Baroque overtones of 2018’s Age Of.

The artist/producer’s latest album, Magic Oneohtrix Point Never, reflects his knack for creating disorienting, retrofuturistic layers of sound that nonetheless evoke some vintage tradition. This time around, Lopatin summons the nostalgic rhythms of an FM radio broadcast, with disembodied snatches of radio chatter and DJ sign-offs bleeding into the compositions—though, in the OPN tradition, even the interludes are rendered with a warped, pitch-shifted edge.

The album title stems from Boston’s Magic 106.7 (which long-ago inspired Lopatin’s stage name), and its FM motif from the mind-numbing comfort Lopatin finds in listening to the radio. (“It’s a way to have a connection to the outside world,” Lopatin explained to GQ, noting that he found the radio more of a comfort than TV during the early days of the pandemic.) But despite Magic’s status as OPN’s most vocal-oriented, guest-heavy release, you won’t mistake glitchy, static-filled curiosities like “Imago” or the woozy harpsichord flutterings of “Bow Ecco” for anything you might hear on an actual FM station.

Magic Oneohtrix Point Never is Lopatin’s first release since a whirlwind period during which he scored the Safdie brothers’ disturbingly riveting Uncut Gems and collaborated with the Weeknd on the R&B star’s album After Hours, and it does reflect the composer’s tentative flirtations with pop songcraft. Lopatin’s own vocals — first introduced on Age Of, still draped in heavy processing that renders the words largely inscrutable — take the main stage on synthetic alt-pop cuts like “Long Road Home” and “Lost But Never Alone.” “The Whether Channel” makes room for an understated guest verse from rising rapper Nolanberollin, and the Weeknd himself croons his way through an unusually bland synth-pop slow-jam called “No Nightmares.” If not exactly Top 40 fodder — OPN can’t help but outfit the track with a trippy symphonic coda — it’s still quite a long way from the ambient-adjacent dronescapes of Replica.

As for the radio-station motif, it may not be Lopatin’s most original conceit. You could make a sprawling Spotify playlist (and someone surely has) of preexisting pop songs that play with the listener-scanning-through-FM-stations effect, from Pink Floyd’s “Wish You Were Here”—which quickly became its own FM staple — to Fastball’s “The Way” or Sparklehorse’s “Chaos of the Galaxy/Happy Man.” (Not to mention the Who, who memorably constructed an entire album around a fake pirate radio broadcast with The Who Sell Out.)

But the gimmick suits OPN’s music particularly well — both because of Lopatin’s knack for identifying the surreal qualities in something as mundane as FM radio, and because his music already reflects the drifting, freewheeling sensation of channel-surfing. On an Oneohtrix Point Never album, the woozy radio transitions aren’t just relegated to the margins; they’re absorbed into the compositions themselves.

Accordingly, much of Magic reflects this bleary-eyed sense of being submerged into someone’s subconscious. Traces of sound rush in and out like threads in a dream. Check out the intoxicating midsection of “The Whether Channel,” where a burbling synth melody shifts into chattering, half-heard voices from some far-off realm. When Nolanberollin first inches in for a guest verse, he initially sounds like one of the many voices we’re eavesdropping on. Then there’s “Wave Idea,” which summons the sensation of standing in a bucolic field somewhere as the wind blows in stray sounds—birds chirping, the sound of a string quartet rehearsing somewhere—from different directions.

The pop moves on Magic, from “No Nightmares” to the brooding late-’80s homage “Lost But Never Alone” (a rare OPN track with a conventional chord progression), aren’t quite as compelling. But like any (sorta) self-titled mid-career album, this one functions best as a thrilling overview of what OPN is capable of, from the sample-driven soundscapes of his earlier releases (“Answering Machine”) to the ominous, cinematic thrall of the Uncut Gems soundtrack (“Shifting”). Oneohtrix Point Never’s music has never sounded like it’s angling to get played on radio stations. With Magic Oneohtrix Point Never, he creates his own instead.