Some people wear different kinds of face coverings in a crowd. Adam Weiner, frontman of Philadelphia rock act Low Cut Connie, is enamored with how people create separate identities in the public eye and in private life.

“They have different faces, and the mask that they show the world is just as interesting as what’s underneath,” he tells SPIN.

That interest blossomed in his “very diverse” Philly neighborhood, where people from a wide array of ethnic backgrounds all live in close proximity. “It’s just amazing to me how little we know about each other, considering how close we are to each other physically,” he says. “Just walking around on the streets every day and living in the city is an endless inspiration on my songwriting.”

He’s also been influenced by the people he meets on tour, playing around 150 shows a year. 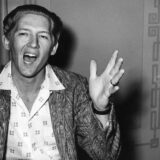 “I get to meet all kinds of people — in rural America, urban America, people with money, people with no money, Black, white, gay, straight,” he says. “I’m fascinated by how they live, how they get by every day and the struggles that people go through, especially these days in our country. Those interesting people, my interactions with them, just end up in my phone.”

Weiner compiled so many ideas that they spawned an entire album. Low Cut Connie spent three years on their latest double-LP, the aptly titled Private Lives, recording at “six or seven different studios” and mixing at “three or four” others. They wound up creating what Weiner calls a “big mess” — with songs that feel especially relevant in recent months, as quarantine “amplified everybody’s isolation.”

“I’m interested to see how people actually live, what’s really going on with people, how they get by day-to-day,” he says. “And during this time, when everybody has been cut off physically from each other, it’s been interesting to see so many subcultures blossoming online. That’s one of the positive aspects of what we’ve all been through.”

(Weiner has also found creative ways to perform during quarantine, like hosting a weekly livestream series called Tough Cookie. So far, he’s done 48 episodes. “It’s been very therapeutic for everybody involved,” he says. “We have people who watch the show from over 40 countries — plenty of places in the world that I will almost surely never tour in my life.”)

Despite being unsigned the past decade, Low Cut Connie — one of SPIN‘s 50 Best Rock Bands Right Now — have found success on their own terms. It’s certainly helped to have support from famous fans like Barack Obama, Elton John, Howard Stern, Rob Thomas, Nick Hornby and Bruce Springsteen. Obama even put their song “Boozophilia” on his annual playlist and invited Weiner to the White House to meet him.

“We’ve sort of never got that elevator ride to the top from the industry, but it’s OK because we’re building a more lasting relationship with our fans and supporters,” he says.

That DIY spirit empowered Weiner to take risks on Private Lives — to address current events (“Look What They Did” explores how casinos, including those built by Donald Trump, negatively affect Atlantic City”) and be more “loose” with their music. He essentially improvised “Help Me” on the spot: “I just sort of turned the microphone on and let it rip, just spit the words out and hoped it would turn into a great song. And it did. I let myself walk the tightrope and trusted that I would land safely. And that sort of shaped how I wanted the record to be.”

“When you’re making a piece of art — whether it’s the personnel, the audio, the writing, the performances, the mixing, the promotion, whatever it is — things might not go well, things might be chaotic,” he adds. “And I just need to be OK with that. That’s life. I feel like the record reflects the messiness, the chaos that we live with every day in this world.” 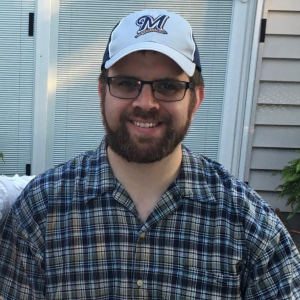