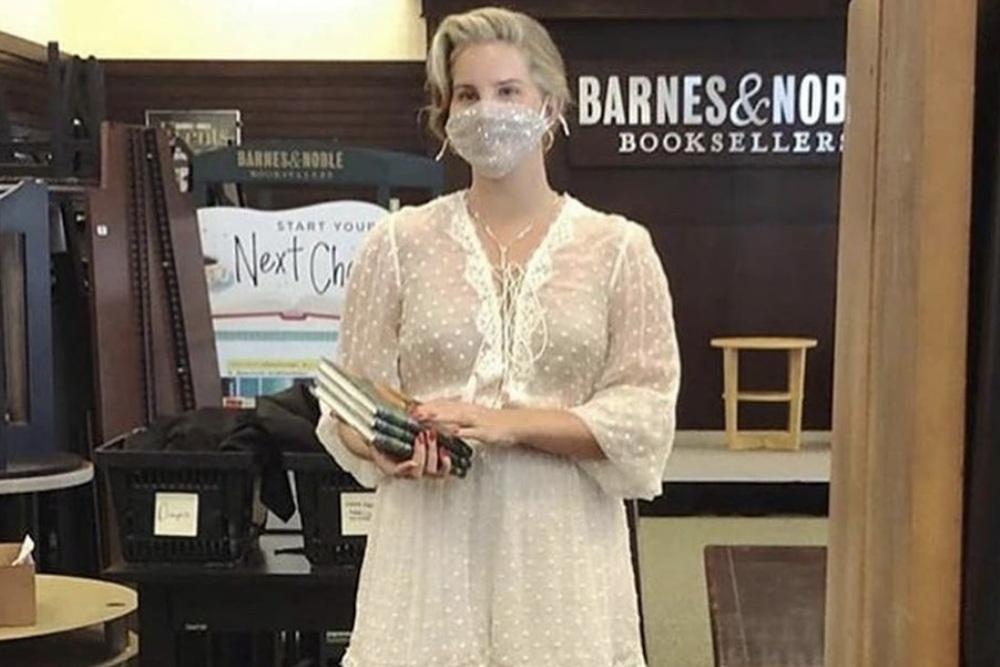 Lana Del Rey released the physical version of her poetry collection Violet Bent Backwards Over the Grass earlier this week, and to celebrate she held a surprise book signing at a Barnes & Noble in Los Angeles’ outdoor mall the Grove last night.

While chatting with fans, the singer-songwriter revealed that her new album Chemtrails Over the Country Club might be coming out on Either Dec. 10 or Jan. 7. Del Rey wore the same mesh mask she adorned in a recent Interview Magazine cover, which sparked criticism for not being an effective, safe face covering.

During the Interview piece, Del Rey admitted the new album has been harder to write than its predecessor. “I’ve been really stressed about this album,” she said. “From the top, we knew what Norman was. But with Chemtrails, it was like, ‘Is this new folk? Oh, god, are we going country?’ Now that it’s done I feel really good about it, and I think a defining moment for this album will be ‘White Dress/Waitress.’”

Del Rey also discussed possibly adding another song called “Dealer” that she describes as “just screaming my head off.”

“People don’t know what it sounds like when I yell. And I do yell,” she said. We’ll have to wait and see if that track ended up making the final cut.