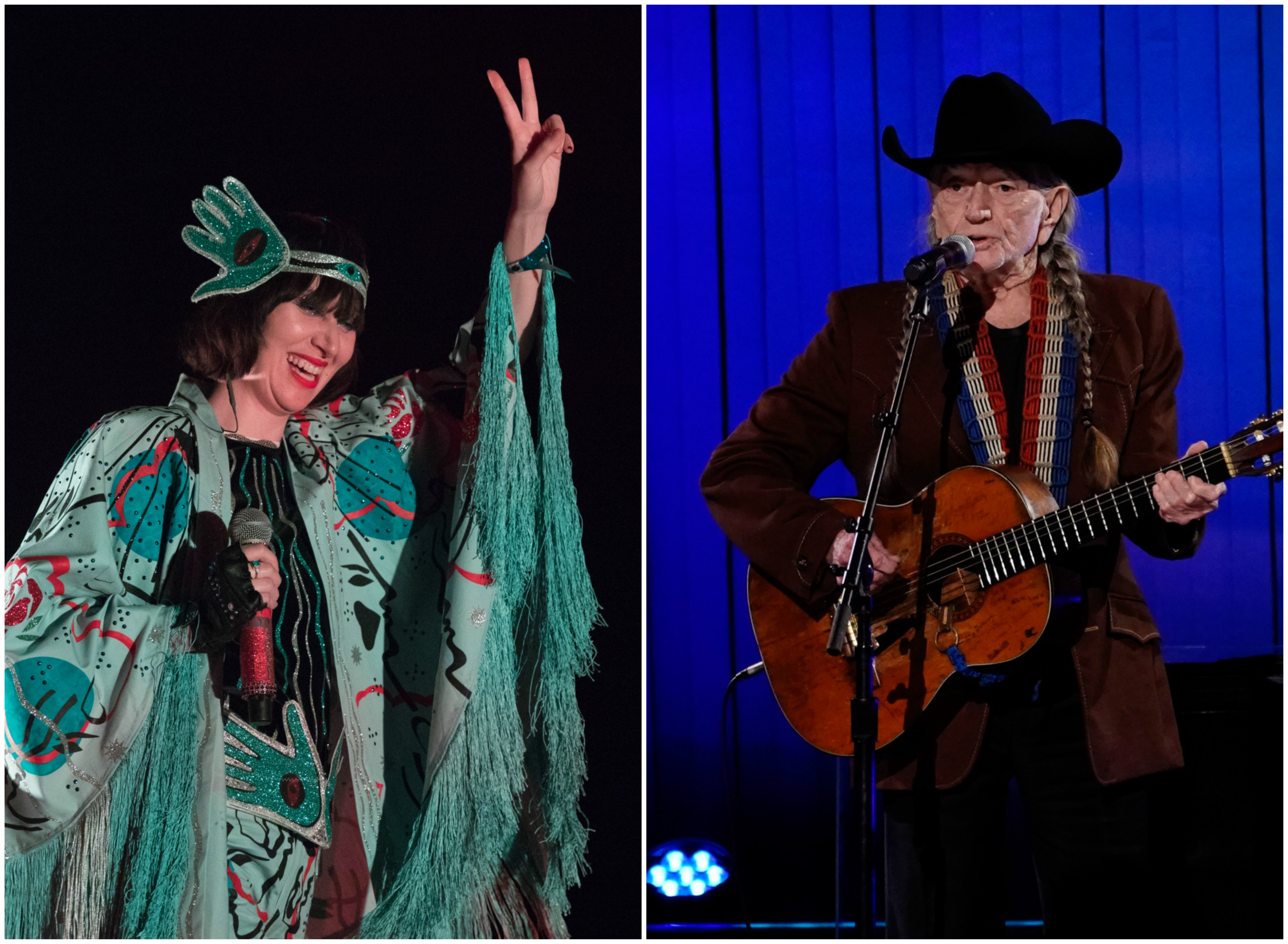 Raise your hand if you saw this one coming.

Yeah Yeah Yeahs singer Karen O and country legend Willie Nelson have teamed up for a cover of Queen’s “Under Pressure,” which featured guest vocals from David Bowie. The song was released 39 years ago this past Monday.

The song was produced by Dave Sitek, and features guitars from Nick Zinner, Imaad Wasif and Johnny Hanson and backing vocals from Priscilla Ahn.

In a statement, O outlines how the duet came to fruition, crediting none other than Johnny Knoxville for the introduction.

“I recalled my buddy Johnny Knoxville being friends with Willie so I asked to see if he could check in with Willie about it, and then out of sheer audacity I added ‘and if he ever wants to do a duet I’m ready and willing!’” O said. “Johnny came back with the news that the signature was in the works and Willie’s daughter Amy very supportively said ‘have her send him the song and he’ll sing on it!’

After mulling over what tune “was worthy of a living legend and spoke to the people in troubled times,” O realized the only song up to that task was “Under Pressure.”

“Our cover was meant to be more intimate but just as saturated with the power of love. I can’t listen to this song without tearing up every time Willie comes in, one of the purest voices which of course reflects a pure heart, and I get to sing alongside it.  I never knew if it was actually going to happen but you must dare to dream. I hope the song brings as much light to the listener as it has to me in dark times.”

Listen to the tender song below.