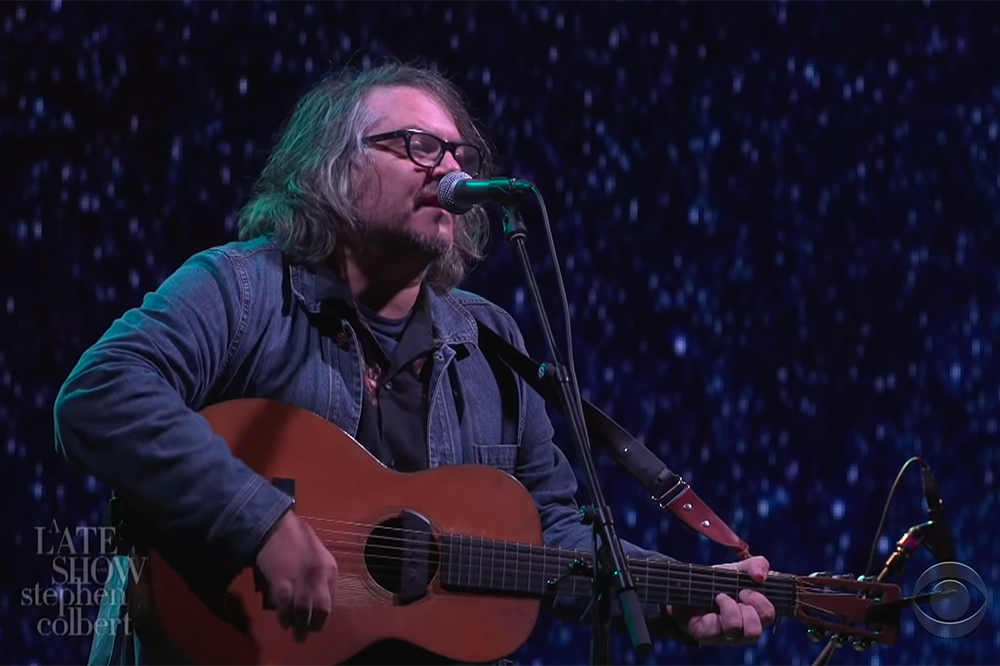 Fresh off releasing his new album Love is the King last week, Jeff Tweedy returned to A Late Show with Stephen Colbert last night (Oct. 27) to talk about the new record and perform “Guess Again” with a full band.

The two discussed the birth of The Tweedy Show, Tweedy’s drive-in performance and the healing power of music.

“I have anxiety disorder,” Tweedy said, “and in my life, I dealt with a lot of moments pre-going onstage where I didn’t feel like I belonged there or that I’m not going to be able to do this. Or how can I possibly do this? So I have that repeatedly reconfirmed over and over again into me in my life that if I can get myself to the stage, it’s going to be pretty amazing to me within a few minutes within songs that I’m going to feel like myself again. And it always works. It’s pretty miraculous.”

Tweedy also talked about the new album and his new book, How to Write One Song. And to reiterate what his new literary piece is meant to do, Tweedy does one of the exercises and plays a song inspired by Colbert’s monologue following the last U.S. presidential debate.

“I thought it would be great to illustrate one of the exercises from the book,” Tweedy said while tuning up his guitar. “So this is just from a little section of your monologue.”

As previously mentioned, Tweedy, along with his Wilco bandmates, stopped by Colbert back in May, where he sang “Jesus Etc” solo then performed a new track, “Tell Your Friends,” with the rest of the band.