They also discussed how the debate was "frustrating" 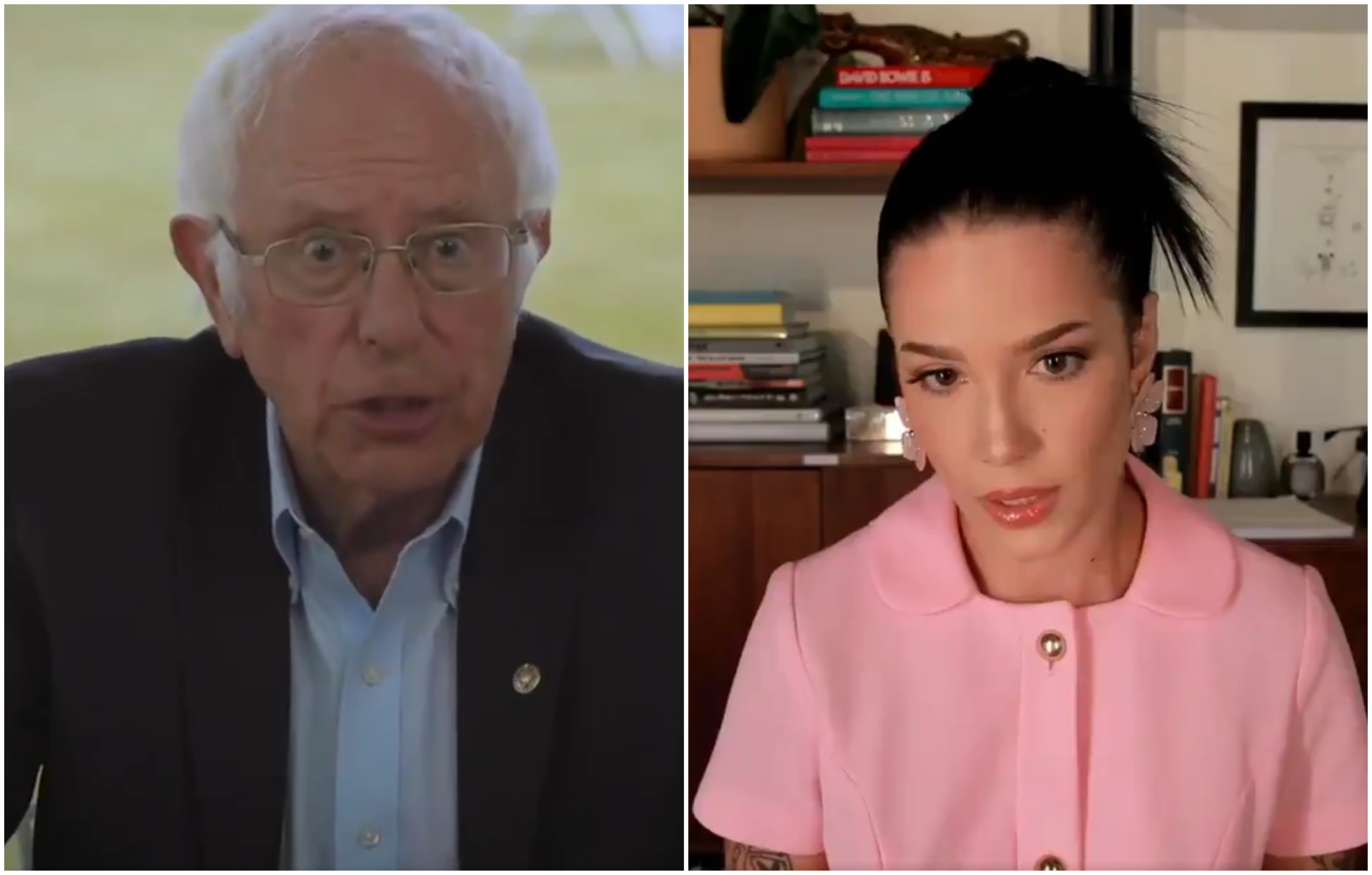 Way back on Sept. 30 — which may as well be eons ago but in reality was the day after the first presidential debate — Halsey sat down with former Democratic presidential candidate Bernie Sanders for the first in what she bills as an “intimate conversation to discuss the future of America, some of the most important issues facing our nation and why they’ll be voting for Joe Biden this November.”

In the chat that was titled “Greed & the Wealth Tax,” the debate (Halsey says is “arguably one of the most frustrating pieces of television that I’ve ever had the misfortune of witnessing”) and Halsey’s upbringings in a “lower class family.”

One of the most compelling parts of the conversation was when the two discussed the “preposterous concept” of billionaires.

As for being a member of the “1%” due to her success as an artist, Halsey told Sanders: “Having that sort of shift in perspective, given the ability to kind of see things from both sides, there’s one thing that I know for a fact: it’s that, for me personally, there is no amount of money that I think is worth personally contributing to the alienation, the disenfranchisement of millions – hundreds of millions of people across this country – which is why, despite being in the 1%, I support the wealth tax.” She also said that people who oppose the wealth tax is because of greed.

Watch the full conversation between the two below.

BERNIE AND HALSEY DISCUSS AMERICA. I sat down with @sensanders to bring you the first of many more episodes like this one. Register to vote at https://t.co/kfJH9NT9RA pic.twitter.com/g0ot1jgYRu