Watch the bright and shiny video for "The Pink Phantom" below 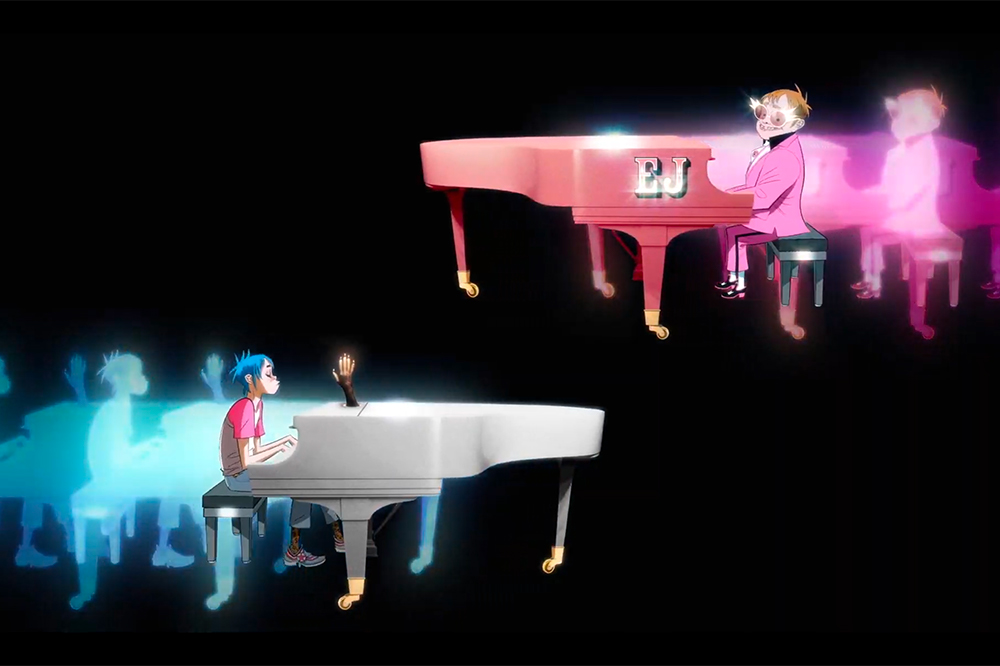 Gorillaz have shared yet another one of their star-studded collaborations today (Oct. 1) featuring Elton John and 6lack.

“The Pink Phantom” brings together the whole Gorillaz crew, an animated version of Sir Elton while 6lack is the only human in the visual.

“Damon reached out and asked me to do something and the way the song has turned out is just great,” the piano man said in a statement. “I was in the studio in London and he was at the other end in Devon, but even remotely it was such an engaging and creative process. I’ve always loved Damon because he encompasses so many different sorts of music. He has his fingers in so many pies and although he’s achieved so much, he never sits still creatively. He’s constantly pushing forward and embracing the new, which is admirable and rare. He’s always working – he’s always doing something. He’s done so much to promote music from around the world, from Africa, from China, that people hadn’t previously heard and I really admire that. I’ve always been a Gorillaz fan anyway, so when he asked me to do a Gorillaz track – it was a no brainer. I’m so very, very happy that that’s come about.”

Gracious for the knighted pop singer’s contribution, 2D added, “Thank you for being so generous to us, Mr Elton Sir John, with your time and genius and also those Danish pastries you brought and for making some of the best tunes of all time.”

Gorillaz kicked off the Song Machine project in January with “Momentary Bliss” with slowthai and Slaves. Since the launch of the project, they have released “Désolé,” “Aires,” which they performed on Jimmy Kimmel Live!, “How Far,” “Friday 13th,” “PAC-MAN” and “Strange Timez.”

Song Machine: Season One compilation will drop on Oct. 23.

And the Gorillaz will be performing Song Machine: Season One – Strange Timez in its entirety, along with other cuts from their catalog on Dec. 12 and 13. Find out more information about the shows here.