Party up and throw down to save the world on PS4, Switch and smartphones 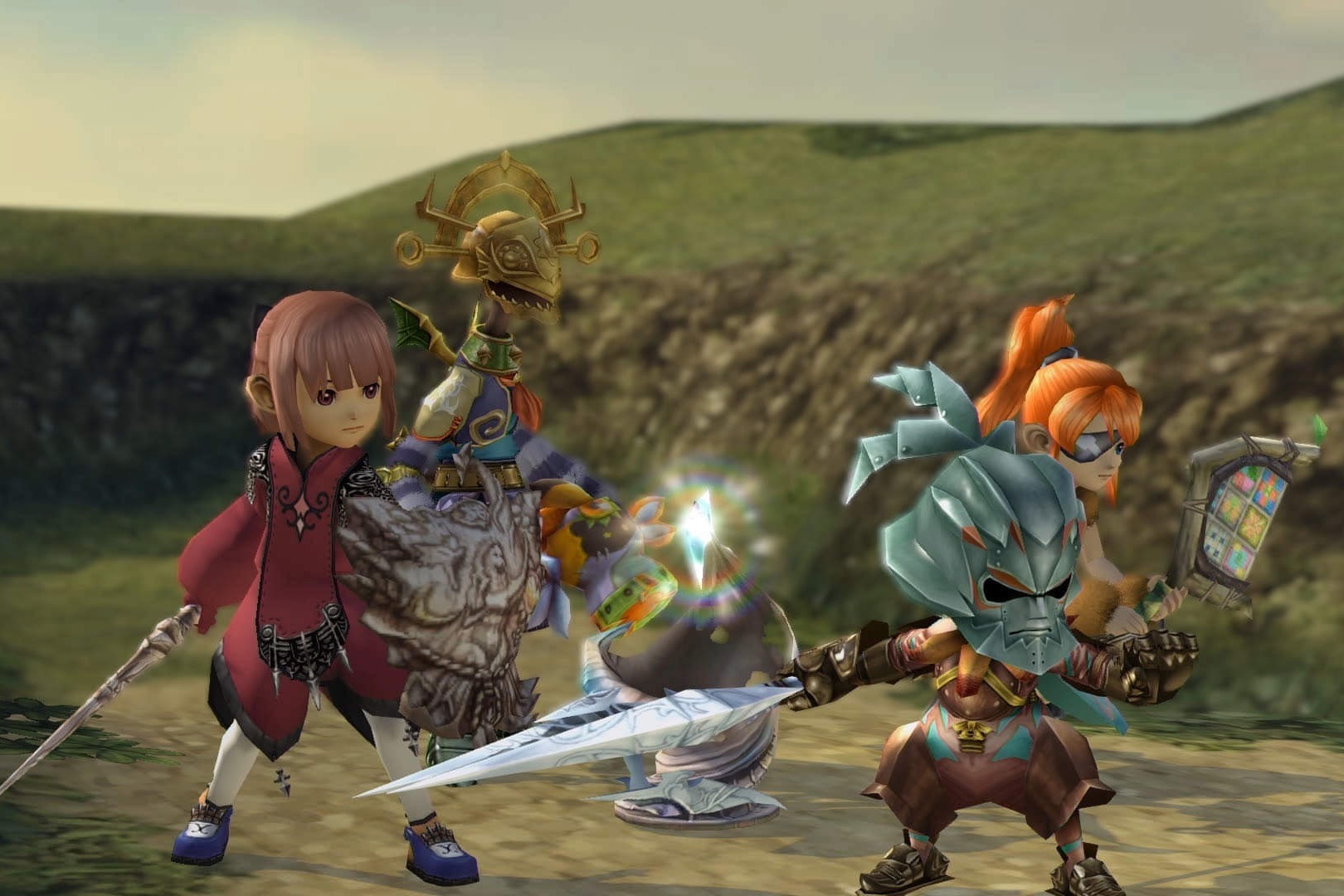 When Final Fantasy Crystal Chronicles launched on the GameCube in 2003, it was seen as a pretty significant departure from the main Final Fantasy series. In addition to being a Nintendo exclusive, the title kept little from its brethren aside from the very basics laid out within the Final Fantasy universe (magic, dungeons, etc.) and put an emphasis on multiplayer rather than one person controlling the entire party. It also picked up a number of awards and nominations and launched a handful of sequels and spinoffs while developing a devoted following outside of the more mainstream series.

This summer, Final Fantasy Crystal Chronicles Remastered Edition was announced and released, meaning that modern gamers would finally get a taste on the innovation they may have missed 17 years ago. Although this one didn’t encourage party members to connect their Game Boy Advance to their GameCube in order to play together, it’s still focused on capturing the same necessity of teamwork and camaraderie the original mandated in order to survive the deadly Miasma that threatens the entire world — even if it’s taking a few bug fixes to get there.

SPIN spoke with Final Fantasy Crystal Chronicles Remastered Edition director and producer Ryoma Araki to find out what it was like to bring the classic game to a modern audience.

SPIN: For the people who know and love the original, what can they expect from Final Fantasy Crystal Chronicles Remastered Edition?
Ryoma Araki: The main concept for the Remastered Edition is to elevate the multiplayer experience — which is one of the key selling points of this title, [and] many of the additions and changes are designed and centered around that concept. Fans of the original can experience new gameplay elements that go beyond that of the original without losing that nostalgia. At the same time, new players need not worry if they haven’t played the previous release. Final Fantasy Crystal Chronicles Remastered Edition is equivalent to any new title in terms of playable content, and we would love for players to enjoy this Final Fantasy title for its co-op multiplayer gameplay and unique co-op features such as Magic Timer.

Seeing as the original Crystal Chronicles was so dependent on Nintendo’s hardware at the time, how did that affect bringing the game to modern platforms?
We knew that with the decision to release on multiple platforms, there would be many areas along the way that would require more than simple and straightforward development. For example, the GameCube excelled at graphics processing back then, but overall differs from what graphics processing capabilities exist in modern-day hardware. Surprisingly, we found that at times it was a bit slower on the modern-day hardware to render some of the assets from back in the day, [so] we did face some challenges to make the proper adjustments to rectify this. Another thing that was difficult was creating separate console and mobile versions, and it took us quite some time to get each of these versions to a final product that we had envisioned.

In the original version, it was generally inevitable that the younger sibling would be stuck carrying the group’s Crystal Chalice while the others focused on battling enemies. What’s your take on how parties can balance that responsibility now in the Remastered Edition?
Being able to designate roles while progressing in the game is definitely a good strategy to have in order to clear your objectives, and carrying the chalice is one of those important roles. Finding the right position for the chalice is pretty tough, so I feel that it is not something for a newer member of the group to take on, but rather a role for the leader. It might be good to experiment where to stand as you play and figure out where to best position the chalice to fit your combat style.

Is there anything you’d want to tell adventurers before their caravan sets off for the first time?
If you have played the series before, I would recommend looking out for our DLC content, which enables you to Mimic past heroes of the series. If you are playing the game for the first time, a free “Lite Version” is available on both consoles and smartphones as a free mobile app, so you can try out the game for free. Even if you have not played any of the titles in the series, I think this version will be an enjoyable and great starting point. I would love for you to experience the exhilaration of clearing a dungeon with your allies and using the Magic Timer feature!

Carrion Lets Gamers Be the Monster This Halloween, Thanks to Legendary Composer Cris Velasco’s Score