Find out why Colbert got so emotional below 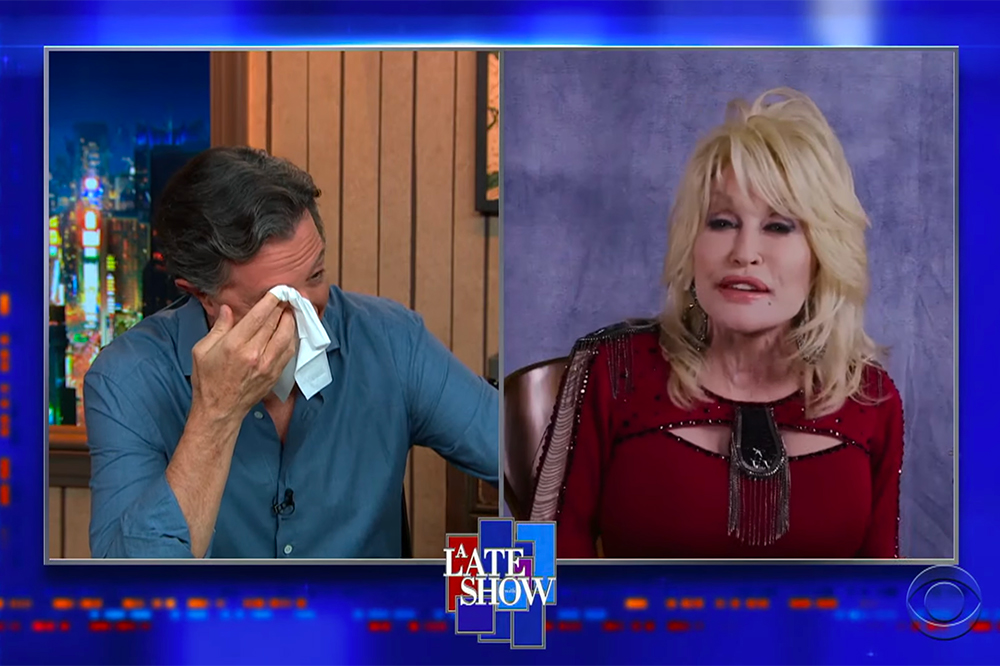 Stephen Colbert is known for doling out the laughs, but the tears? Not so much.

But on last night’s episode (Oct. 20) of Late Show With Stephen Colbert, the host wiped away tears after hearing Dolly Parton do an impromptu acapella rendition of “Bury Me Beneath the Willow,” a folk song that her mother sang to her as a child.

“Aw, you’re crying?” Parton said in between singing the lyrics.

Colbert tried to hold it together, but he was already nervously laughing and getting goosebumps when Parton reminisced about her mom singing her folk tunes when she was younger.

“So I better hush before you cry yourself to death and you can’t finish the show!” she said after finishing the tune.

Still wiping his eyes, Colbert responded, “Like a lot of Americans, I’m under a lot of stress right now, Dolly! You got under my trip wire right there, that was pretty beautiful.”

Parton stopped by A Late Show to talk about her new book, Songteller: My Life in Lyrics recounted songwriting stories and discussed everyone’s rough time adjusting to the pandemic. She also talked about the favorites from her own song catalog, which included “Coat of Many Colors,” “I Will Always Love You” and “Down From Dover.”

Watch the second part of Parton’s interview on A Late Show With Stephen Colbert.