While Rogers Stevens acknowledges most of his memories from the late 1980s and early 1990s are “a bit of a blurry mush,” the Blind Melon guitarist says he remembers meeting his late bandmate, Shannon Hoon, like it happened yesterday. It was a life-changing encounter, he tells SPIN — one that ultimately yielded a multi-platinum album and one of alternative rock’s most enduring tracks.

The fortuitous meeting happened in early 1990 in Los Angeles. Stevens and bassist Brad Smith were in town, auditioning vocalists for the band that eventually became Blind Melon.

“The guy before Shannon, we kind of worked with him for a few days, to see if he could write lyrics to the stuff we were doing, and he was, like, a male model,” Stevens recalls. “Just a really good-looking guy who could kind of sing like he was on Broadway or something. We didn’t know any better: I was an 18-year-old from Mississippi with a hay stick still in his mouth. We didn’t realize you could find hundreds of people like that in L.A.”

Stevens and Smith agreed to meet with Hoon — who’d moved to L.A. on a whim, hopping a Greyhound bus in Indiana moments after slipping out the back door of a drug house that was being raided — on the recommendation of a friend who had ties to the music business and was close to Atlantic Records’ president, Ahmet Ertegun.

“When Shannon first got to town, he was staying with [Guns N’ Roses‘] Axl Rose,” Stevens explains. “His sister knew Axl from high school and called him up, asking him to look out for her little brother. So Shannon had been living at Axl’s place for only a few days when he met Ahmet and sang for him, and so all of a sudden, Shannon was this hot prospect. So somebody sent him over to audition for us.”

Hoon entered the makeshift rehearsal studio in West Hollywood that Stevens and Smith had been using, sat down on the floor with an acoustic guitar and played the song “Change” from start to finish. 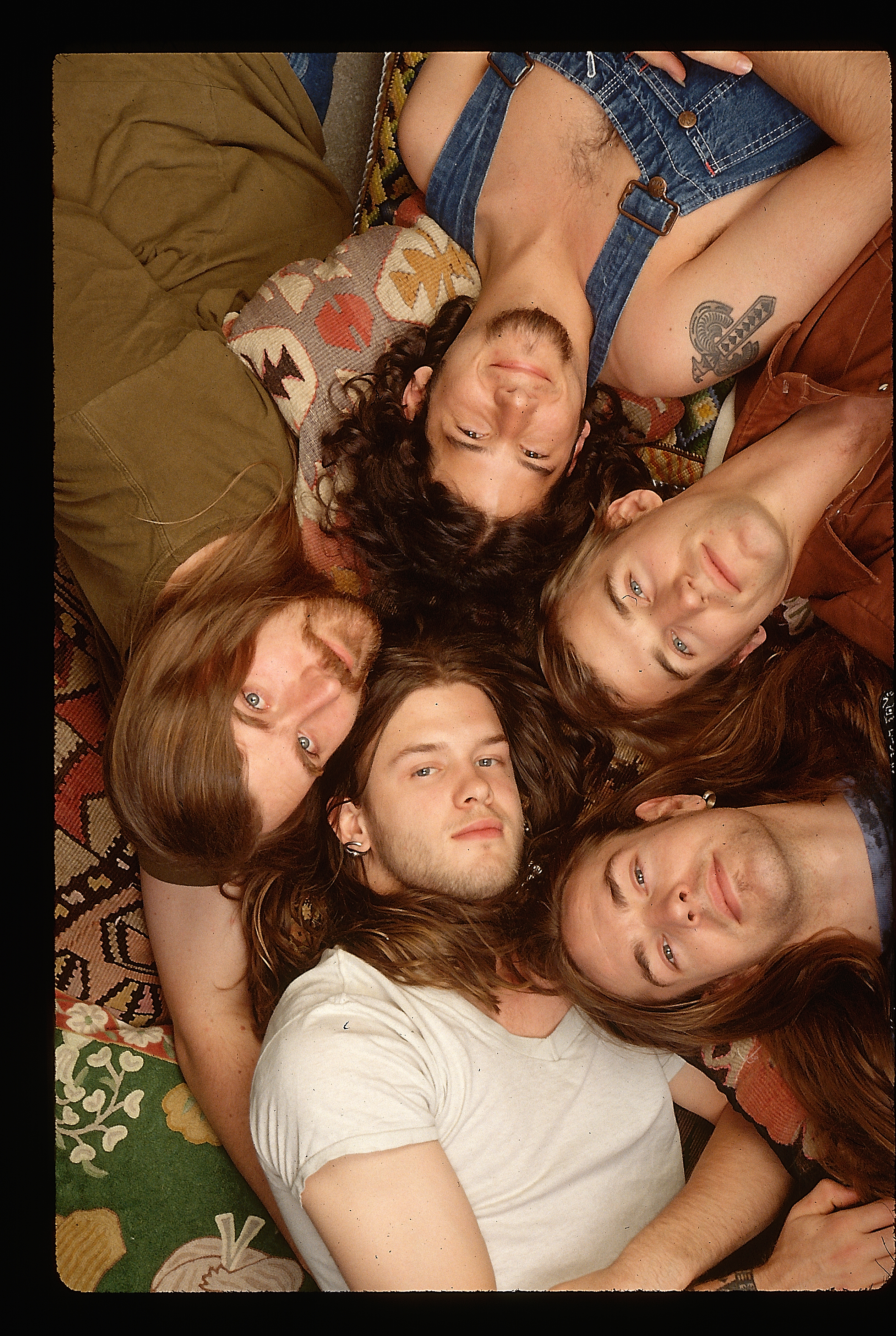 “My fucking jaw hit the floor,” Stevens says of Hoon, who died 25 years ago today in New Orleans at 28. “I thought, ‘That dude’s a fucking rock star.’ I mean, you just knew it right away. It was just obvious. I looked at him, and thought, ‘He’s as good as my heroes.’ That’s the way it felt — immediately: he’s a star. There are a shit-ton of great guitar players out there, but there was only one of him.”

Days later, guitarist Chris Thorn met Hoon in a similar fashion: “Brad and I were friends, and he invited me over. Shannon played me ‘Change,’ and it blew my mind — because I was writing songs at that point, but I wasn’t writing songs at that level. Nobody was. That sounded like a song that had been around for 30 years.”

At that time, Thorn was weighing two offers: one to join Blind Melon and another from a band called Daisy Chamber, a sleaze rock act featuring Foo Fighters keyboardist Rami Jaffee that dissolved soon after issuing a self-titled, six-song EP through American Records in 1991.

“I kind of had two hands I was playing. And I remember the night I met Shannon, I went home to my girlfriend, who is my wife now, and said, ‘He’s it. He’s the guy.’ I had this image of who a rock star was supposed to be, but I had never met that guy in Pennsylvania. When I met Shannon, it was like, ‘Holy shit! Like, this is one of those guys.’ That’s when I decided to go with Blind Melon.”

In 1992, Blind Melon released their self-titled debut, featuring “Change,” “Tones of Home” and, of course, their signature song, “No Rain.” Three years later, after touring with Ozzy Osbourne, Guns N’ Roses, and Soundgarden (and performing as part of Woodstock ’94), Blind Melon issued their sophomore record, Soup. Two months after their follow-up, after an all-night binge, Hoon was found lifeless on the group’s tour bus, dead from a cocaine-inducing heart attack.

By all accounts, Hoon was an exceptional but flawed talent — a charming, munificent presence with no pretense, whose engaging, eruptive nature could be both invigorating and draining. His music has endured all these years later, and “No Rain” remains a classic even beyond alt-rock radio.

“He was the funniest, most charming dude around — the most magnetic person in every single room I was ever in with him, and that includes just about anybody we toured with,” offers Stevens — something he says is evident in All I Can Say, the band’s newly released documentary on the frontman. “He couldn’t sit still, he couldn’t stop talking, he couldn’t stop engaging with people, and he couldn’t stop singing. He was an exceptional human being, and when I think about him now, I can hear his voice, clearly in my head. I can’t really say that about other people I was close to in my life that have passed.”

“If you hung out with Shannon for even 20 minutes, he was your best friend,” Thorn adds. “That’s just who he was. And it wasn’t fake. He just was completely engaged — whether talking to the janitor at the arena you were playing or some dude on the street.” 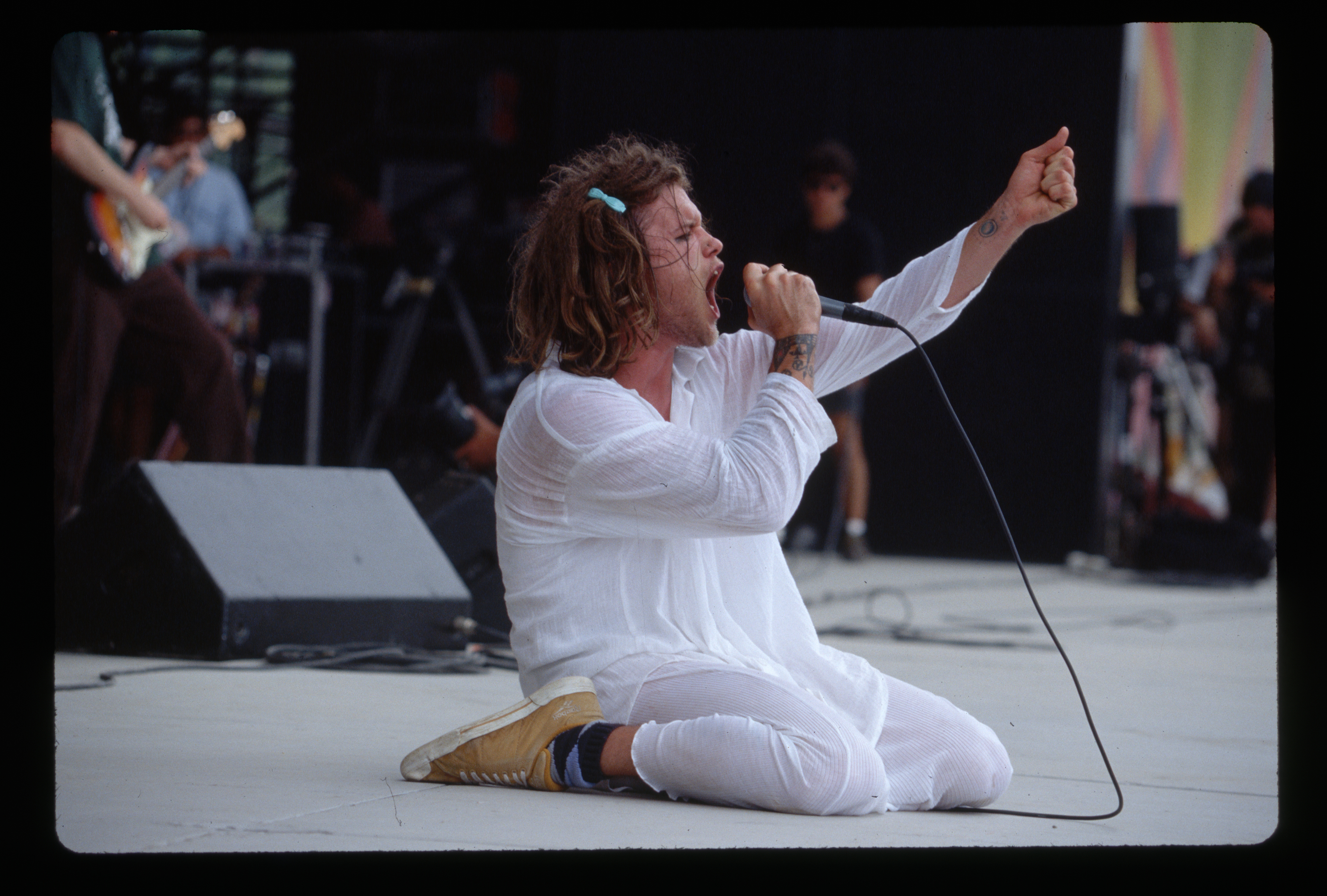 However, Shannon’s demons usually cropped up after drinking alcohol.

“He’d turn into Mr. Hyde,” Stevens says. “That first night we met, we went out drinking and ending up back at Brad’s place, and I remember Shannon said something really stupid — which he did all the time — and I started laughing at him. Before I knew it, he was in my face, with veins bulging out on his head, getting ready to kick my ass. I mean, he was ready to go — he didn’t give a fuck. That’s about the only time I didn’t see him hit somebody in that sort of situation.”

Because Hoon was capable of flying off the handle after heavy imbibing, Shannon was also a master at reconciliation. “The next morning, and this was without fail, every time, he apologized profusely,” Stevens recalls. “I always accepted his apologies because they were always so sincere.”

Adds Thorn: “Shannon was the type of guy who could sleep with your wife, but he was so sweet the next day, and he’d be so apologetic, you’d kind of forgive him. Shannon had fucked up so much in his life that there was no one better at apologizing.”

Thorn also says Hoon would disrobe randomly, if he thought it’d get him a laugh. “He once walked out naked, in front of 80,000 people at a stadium, to deliver a pizza to Guns N’ Roses during their set,” Thorn explains. “Who has the balls to do that?” 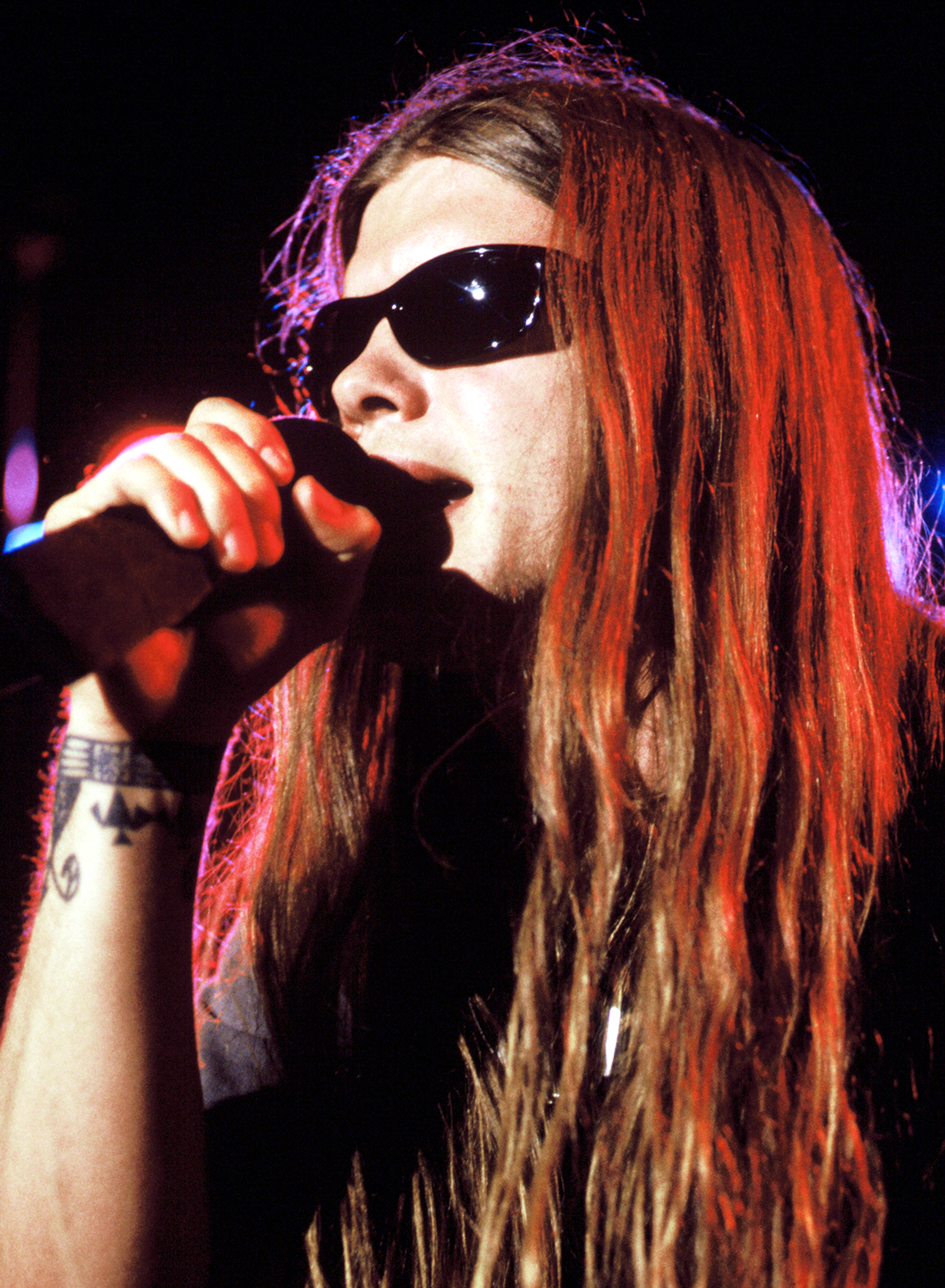 Months before Soup’s release, Hoon, a new father to daughter Nico Blue, entered rehab. It was decided the band would tour with a counselor joining on the road to assist with his recovery; that individual was fired not long into that trek. After Hoon’s death, using a wealth of Shannon’s vocal recordings, Blind Melon created 1996’s Nico as a tribute to him. Proceeds from the album’s sales went to Hoon’s daughter and funded programs to help musicians dealing with addiction.

“It was hard and painful, making that record, but there was something about us all being together, in a room together, that felt good,” recalls Thorn, who thinks about his late friend at least once a day. “It did feel like he was there and like we were making a record with him, but it was absolutely painful. People say things like, ‘Time heals.’ I don’t know, man. There’s still a wicked fucking scar there, and … I mean, it’s not an open wound anymore, but you know what, it can become an open wound.”

Both Thorn and Stevens, who recorded and released four new Blind Melon songs online over the last two years, including the moving “Too Many to Count,” also still think about what could have been: Soup, they say, really captured a band that was only just getting started.

“When Shannon was around, he was the life of the party, every single time, but the other side of that was … he was a deep dude,” Stevens says. “He was capable of a level of self-reflection that really comes through in those songs, and he was able to take his experience and make it universal because he was really in touch with something magnanimous about the human spirit. That’s a fucking rare gift.”