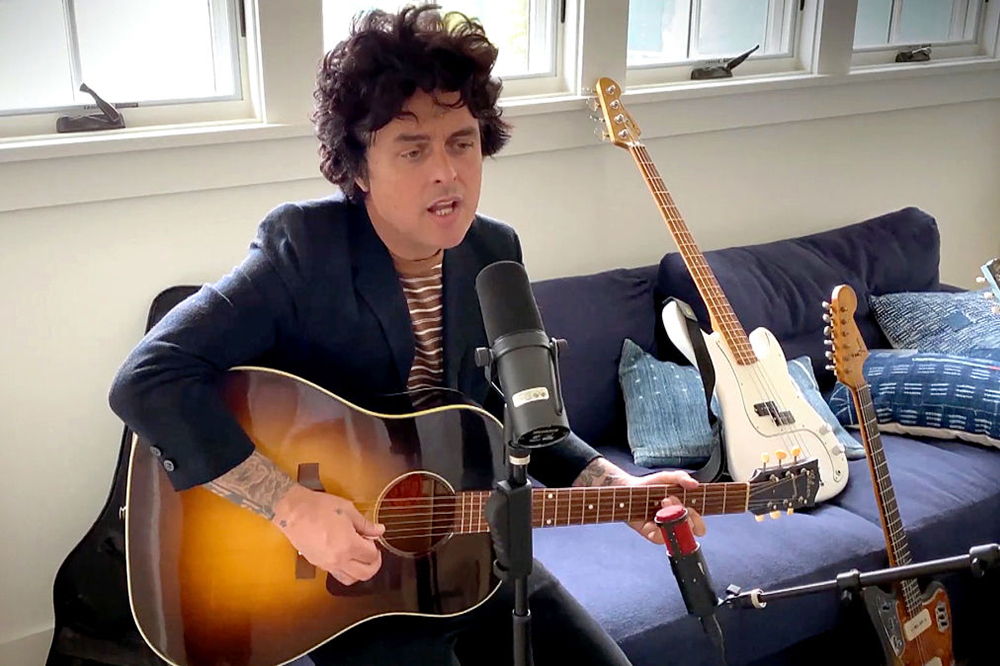 And today (Oct. 6), he’s announced that the 14 tracks will be collected and released in a proper album that drops next month.

“While we’ve all been in quarantine I’ve been reflecting on the things that matter the most in my life: family, friends, and, of course, music,” the Green Day frontman said in a statement. “I figure if we have to spend this time in isolation at least we can be alone together.”

Tapping vintage pop hits like Tommy James and the Shondells’ “I Think We’re Alone Now” to iconic songs like John Lennon’s “Gimme Some Truth,” Armstrong provided fans with a variety of genres via his covers. He even covered the theme song to Tom Hanks’ 1995 film, That Thing You Do!, which was a tribute to the song’s writer Adam Schlesinger, who died from COVID-19 complications this past April.

It's Tuesday, but we're thinking about #NoFunMondays!! The full album arrives 11/27. We also have a pretty awesome baby blue vinyl w/ a glow in the dark cover in the webstore. Now, go pre-order it 😏 https://t.co/omQUj9beYt pic.twitter.com/m09GOVHiDz

No Fun Mondays will release on Nov. 27 via Reprise/Warner Records on vinyl, CD and digital formats. And for the vinylphiles, there will be a limited edition baby-blue colored LP available at U.S. independent music shops. You can preorder the album here.

See the full tracklisting for the album below.

NO FUN MONDAYS tracklisting
SIDE A
“I Think We’re Alone Now”
“War Stories”
“Manic Monday”
“Corpus Christi”
“That Thing You Do!”
“Amico”
“You Can’t Put Your Arms Round A Memory”