They also shared live clips for "The Boy With The Arab Strap" and "My Wandering Days Are Over," which you can watch below 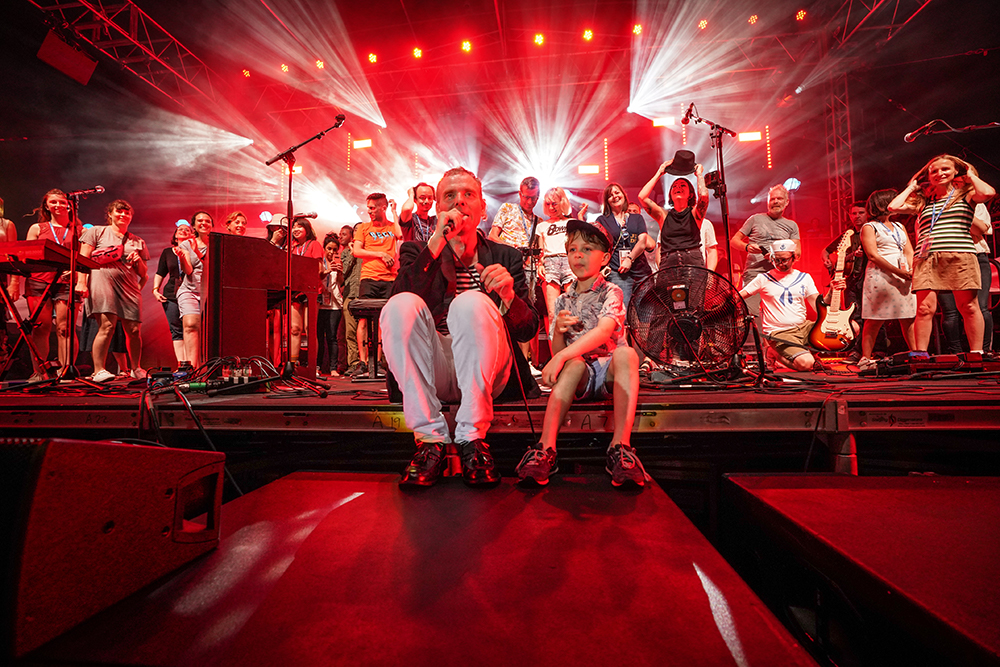 Belle and Sebastian weren’t able to hit the road this year, but they’ll be taking fans back to their 2019 tour with a new live double album, What to Look for in Summer.

The idea for this record was not only inspired by fan demand but also was a new replacement project since the band’s plans of working on new material were squashed by the global pandemic.

“It was something to focus on,” said guitarist and singer Stevie Jackson said in a statement. “That was very, very nice.”

Singer and violinist Sarah Martin added, “It was quite nice to be doing that when we couldn’t even see each other.”

To give fans a taste of what songs the band selected for the new live album, Belle and Sebastian released two videos — “The Boy With the Arab Strap” and “My Wandering Days are Over.”

Stuart Murdoch admitted he never grew tired of playing “The Boy With the Arab Strap.”

“I genuinely look forward to it,” Murdoch said in a statement. “If the concert’s going great, it just feels like a natural vibe. And if the concert’s going okay – maybe it’s a Sunday night and everybody’s a little bit flat, or still in their seats – it’s definitely the time to send it home.”

And while the band is looking forward to sharing the record, but they really can’t wait until they can meet their fans at concerts again.

“Touring the band is something that I never thought we’d do,” Murdoch conintued. “It’s turned into the thrill of a lifetime, really, in a manifest, physical way. It’s just the nicest experience that I think I’ve had in my life.”

Watch Belle and Sebastian’s live video for “My Wandering Days are Over” below.

What to Look for in Summer releases on Dec. 11. You can preorder it here.