She also gave an update on her new album 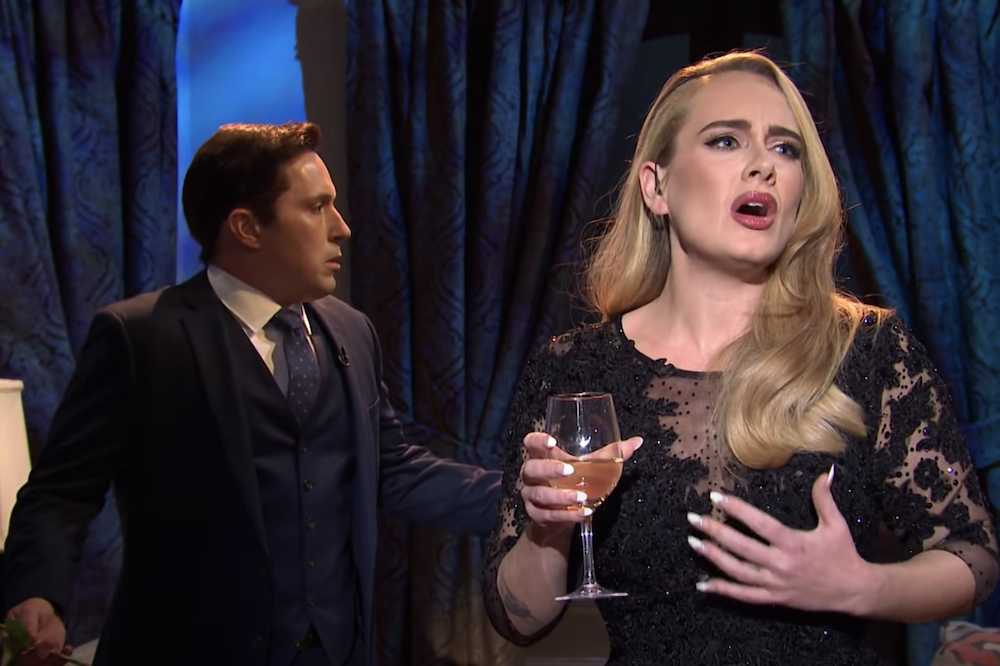 After two stints as Saturday Night Live’s musical guest, Adele made her hosting debut last night. While some musicians opt to take double duty, H.E.R. performed on the show for the first time ever while the pop superstar focused on acting. However, she did treat fans to snippets of some of her hits during “The Bachelor” sketch, where she competed against a bunch of Hannahs to win a rose from Beck Bennett’s “Ben K.”.

“I’m here because I’ve had a lot of heartbreak in my life, first at 19, then sort of famously at 21 and then even more famously at 25,” Adele explained, playing herself. “But I have a really good feeling about Ben K. It’s only Night One, but I can already tell he’s going to be the love of my life.”

During the course of the sketch, Adele broke into song on multiple occasions, singing “Someone Like You,” “Hello,” “When We Were Young,” and “Rolling In The Deep” at the most inappropriate times.

Watch the sketch below.

Aside from appearing in sketches opposite Kate McKinnon (“Madame Vivelda”), Maya Rudolph (“Visiting Grandma”), and Pete Davidson (“Chad In A Haunted Mansion”), as well as commercials called “Ass Angel Jeans” and “Africa Tourism,” Adele gave fans an update about her upcoming album during her opening monologue, saying it wasn’t yet finished.

Watch all the highlights below.