Van Morrison is releasing three new tracks —Born To Be Free, As I Walked Out and No More Lockdown — in response to the ongoing UK government lockdown restrictions, the Irish singer announced on his website today (Sept. 18).

“I’m not telling people what to do or think, the government is doing a great job of that already. It’s about freedom of choice, I believe people should have the right to think for themselves,” Morrison stated on the site.

The songs, available for download and streaming, will have a staggered release: “Born To Be Free” on Sept. 25; “As I Walked Out” on Oct. 9 and finally, “No More Lockdown” hits on Oct, 23

“No More Lockdown” has the most pointed lyrics of the trio of protest songs: “No more fascist bullies / Disturbing our peace / No more taking of our freedom / And our God given rights / Pretending it’s for our safety / When it’s really to enslave.” 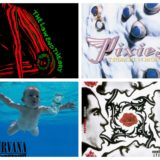 Morrison also sings about scientists in the lyrics “making up crooked facts,” and states that “The new normal, is not normal… We were born to be free.”

The singer-songwriter believes that lockdown is in danger of killing live music and is supporting #savelivemusic, most notably by performing live. He’ played three socially distanced gigs this month, and Morrison will debut the new tracks Sept. 23 at his London Palladium show. He has another show at the same venue in November.

Last month, Morrison said that concert capacity limits were based on “pseudo-science” and encouraged the rest of the music industry to push for “full capacity audiences going forward.” He also pointed out that he and Andrew Lloyd Webber were the only ones in the music industry that’s “trying to get it back up and running again.”

Sky News reports Northern Ireland health minister Robin Swann criticized the singer, telling BBC Radio Ulster: “I don’t know where he gets his facts. I know where the emotions are on this, but I will say that sort of messaging is dangerous.”

The Music Venue Trust estimates that 400 indie venues in the UK are at the risk of closing.