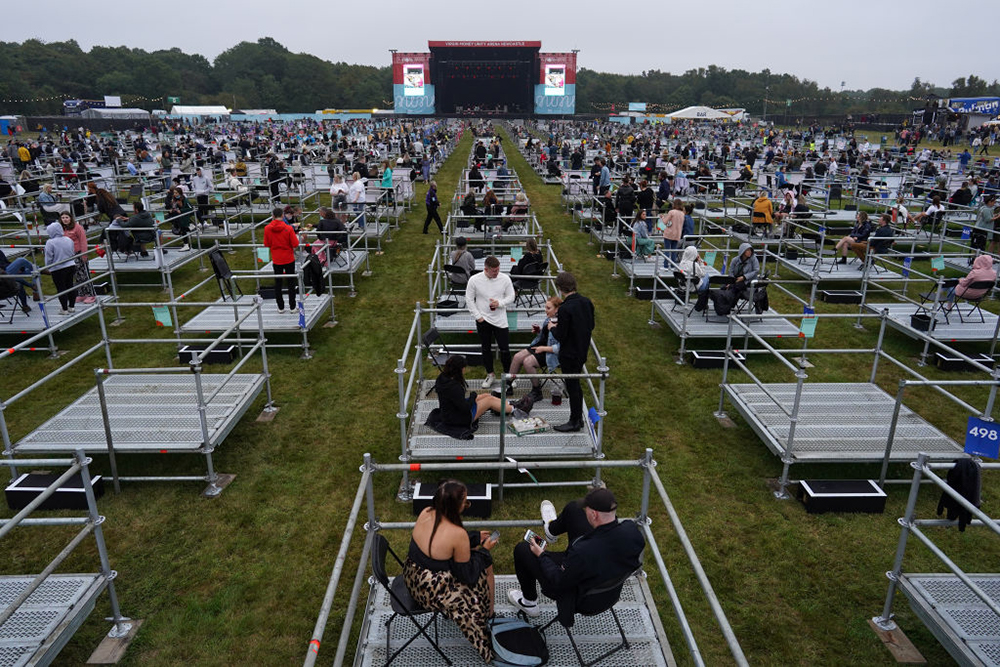 A rise in coronavirus cases in the northeast of England has led to not only new lockdown restrictions in the area but also the shutting down of the Virgin Money Unity Arena, which has been home to the UK’s socially distant concerts since August.

“It is extremely disappointing to have to cancel these final shows at the end of what has been an incredible six-week run of successful socially distanced concerts,” Steve Davis, a rep from SSD, the organizers for the Newcastle venue, told BBC. “We have complied with all government guidance to ensure the safety and enjoyment of our audience, artists and crew throughout.”

While SSD said the venue “must comply with the council’s and the government’s latest advice,” Davis said that this setback shouldn’t take away from the progress made so far in trying to bring live music back to the region.

“This should not take away from the fact that the people of the North East and from all over the world have embraced this pioneering run of shows,” Davis said.

Craig Charles kicked off the lineup of shows at the Virgin Money Unity Arena on Aug. 14. Van Morrison, The Libertines and Ronan Keating have performed at the venue in previous weeks. The last show took place on Thursday night (Sept. 17) with Chase and Status as the night’s headliners.

Last month, the UK’s Department for Digital, Culture, Media and Sport announced that venues would be able to host indoor shows as long as they follow social distancing rules. But with cases rising in parts of the country and the new COVID-19 restrictions, these plans are still on shaky ground.