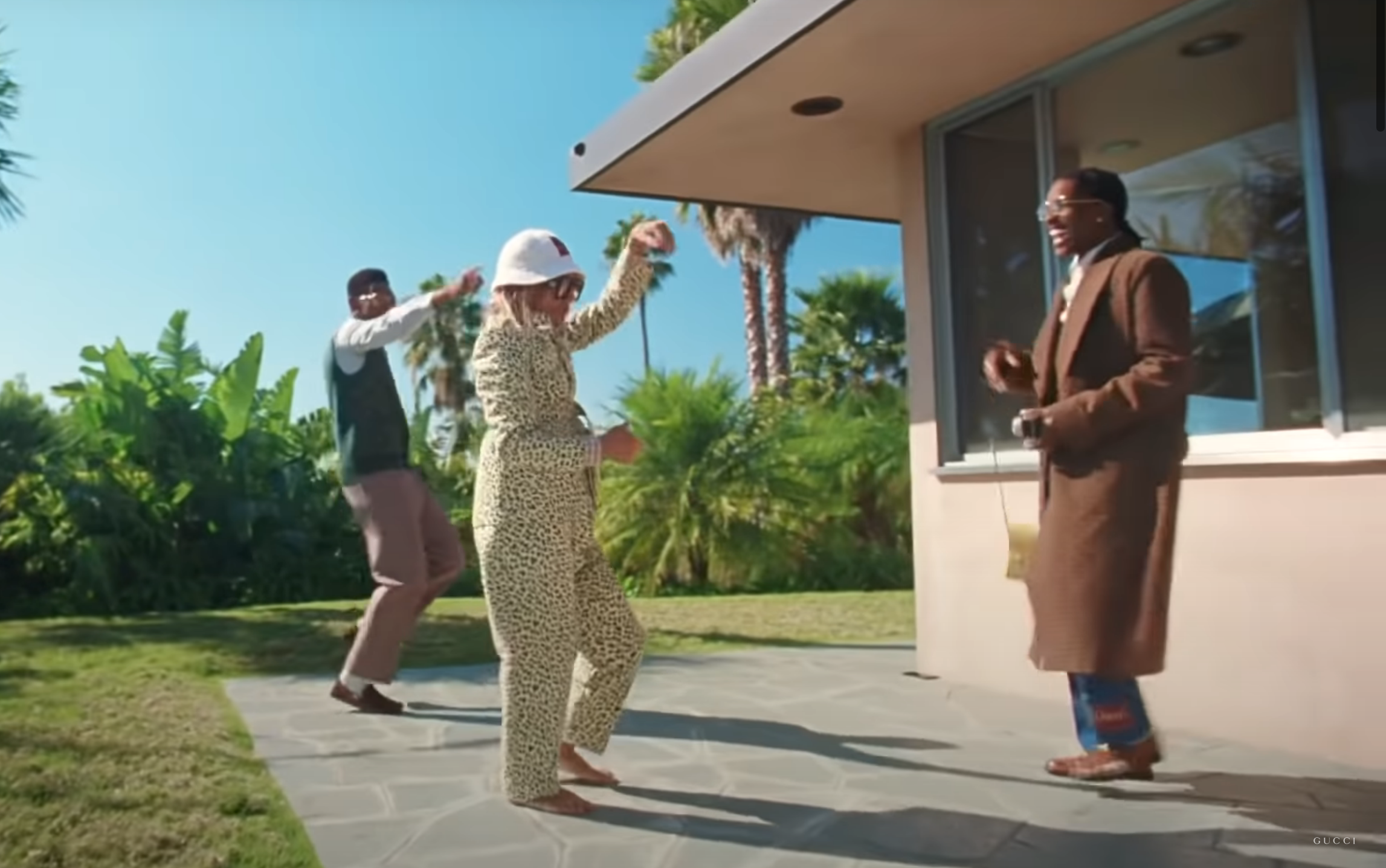 The spots were shot in pre-pandemic February and are airing now. The artists, with their distinctive looks, dance around in a West Coast home in their Gucci finery. Pop, who is joined by his parrot Biggy Pop at the kitchen table with a pot of spaghetti, and at the lounge in the afternoon sunlight, appears mostly in his signature barefoot style.

“A certain type of fun is also portrayed and the idea of how one’s obsession with appearances can create a kind of common ground that can become a sort of brotherhood,” Gucci creative director Alessandro Michele says about the new campaign.

“It was beautiful to see these three men together, seemingly different but very similar.”

Check the impeccably clad icons in their Gucci getups below.

On Monday, Tyler, The Creator went on social media to encourage his listeners to vote, while earlier in the month he presented a new ice cream flavor.

Meanwhile, back in July, Pop encouraged people in his home state of Michigan to donate for the city’s football club, Detroit City FC.