The single, that has Kacey Musgrave's vocals, is the latest video from 'American Head' 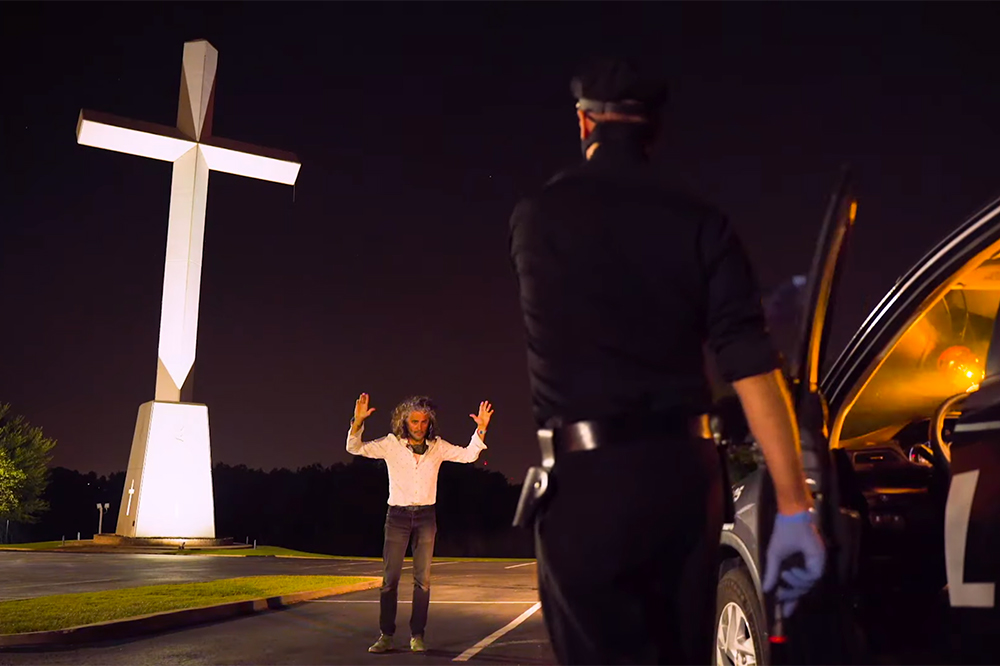 The Flaming Lips’ American Head is out now and to celebrate it, they dropped a new video for “God and the Policeman.”

Directed by Wayne Coyne and Blake Studdard, the video, which takes place in Oklahoma and Texas, presents various strong images, from a baby boy in a field of sunflowers to a dead body on the road.

And to add to the drama, Coyne is found running. At first, we’re not sure where to or from. But towards the end, the police finally catch up to him, put him in cuffs and take him away.

“God and the Policeman” also features the vocals of Kacey Musgraves. And while she doesn’t appear in the video, her vocals are strongly felt.

The Flaming Lips have previously released “My Religion is You,” “Will You Return/When You Come Down,” “Dinosaurs on the Mountain” and “You N’ Me Sellin.”

Ahead of American Head’s release, we spoke with Coyne about its genesis, themes and of course, COVID-19.

Watch the Flaming Lips’ “God and the Policeman” video featuring Musgraves below.