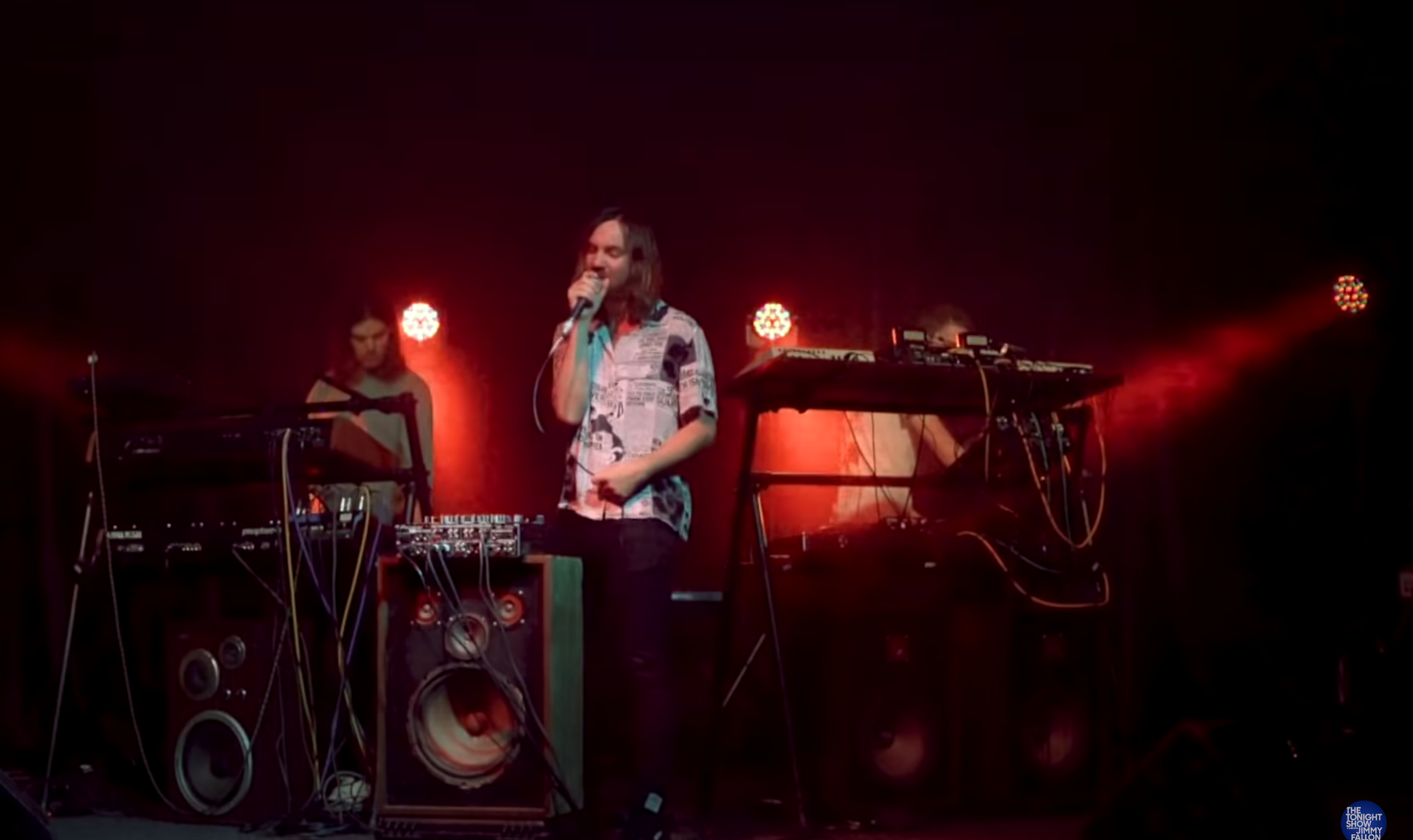 Tame Impala performed “Borderline” on last night’s The Tonight Show Starring Jimmy Fallon (Sept. 22) from what appeared to be an empty club. The single initially debuted in a full-band performance during the band’s Saturday Night Live performance on March 30, 2019, ahead of the lineup’s fourth album, 2020’s The Slow Rush.

While obviously no bands are touring during the pandemic, Parker has been busy during the lockdown, telling Grammy.com that “There’s always things to do. In fact, I’ve been kind of the busiest that I have been in a long time. In the last few months, doing non-music stuff. The internet exists, and I’ve got a studio. I’m shooting videos and doing live streams. While touring is a big part of it it’s not the only part of it.”

Watch Tame Impala and ASAP Rocky Perform Together at Coachella 2019