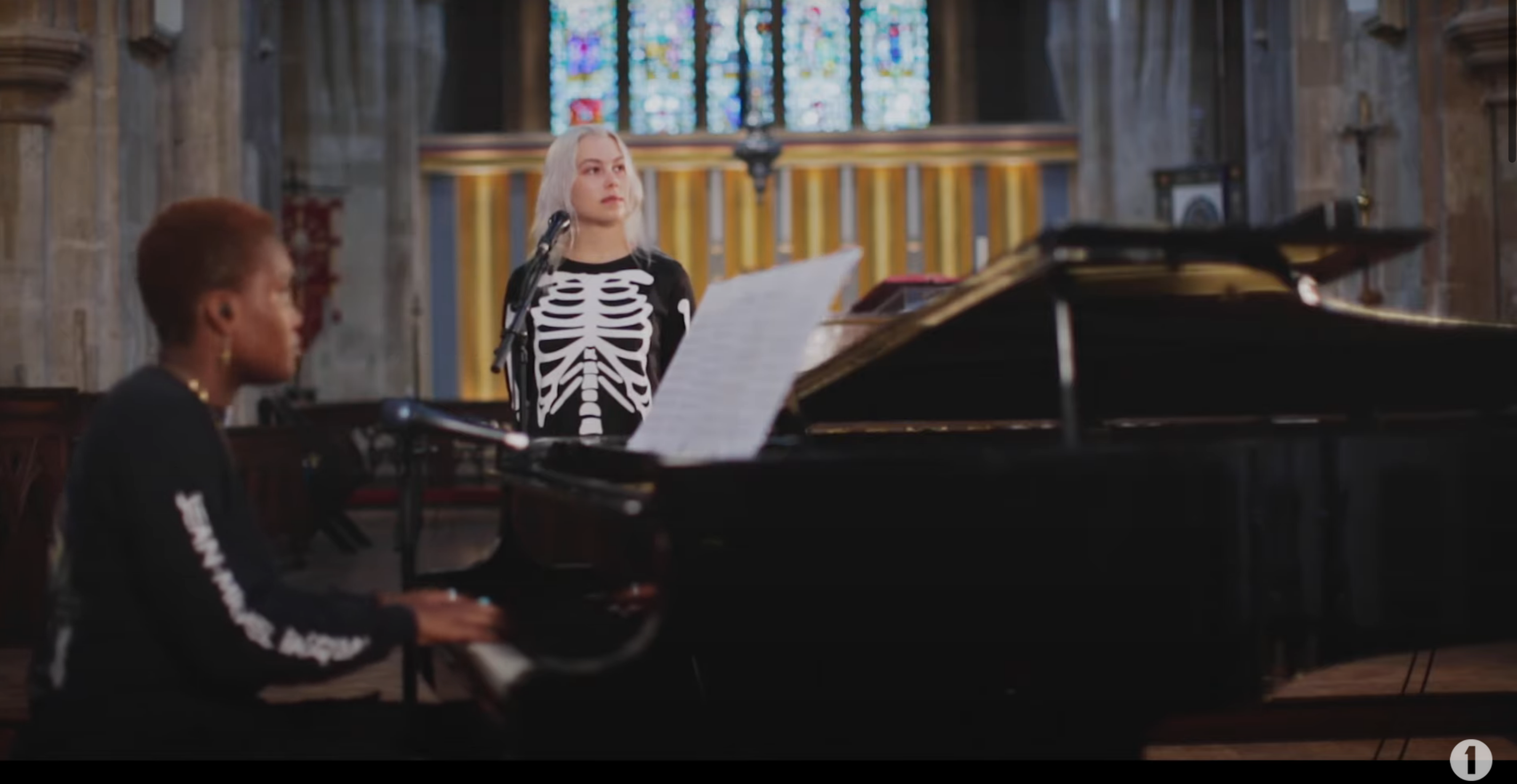 Phoebe Bridgers’ great new album Punisher has been out for a few months now, and she’s made a number of appearances since then.

The latest, which was released on Sunday, saw her team with another great songwriter Arlo Parks (who handled the keys) on BBC’s Radio 1’s Chillest Show for a cover of Radiohead’s “Fake Plastic Trees.” The performance, which also featured a version of “Kyoto,” was filmed inside of a church.

You can check out both performances below.

Bridgers recently featured on a massive compilation with R.E.M., Hayley Williams and many more that was available on Bandcamp for one day that benefited voting rights charities. She also covered Gillian Welch’s “Everything Is Free” with Courtney Barnett in July.

Phoebe Bridgers Makes Her Escape on ‘I Know the End’ Video