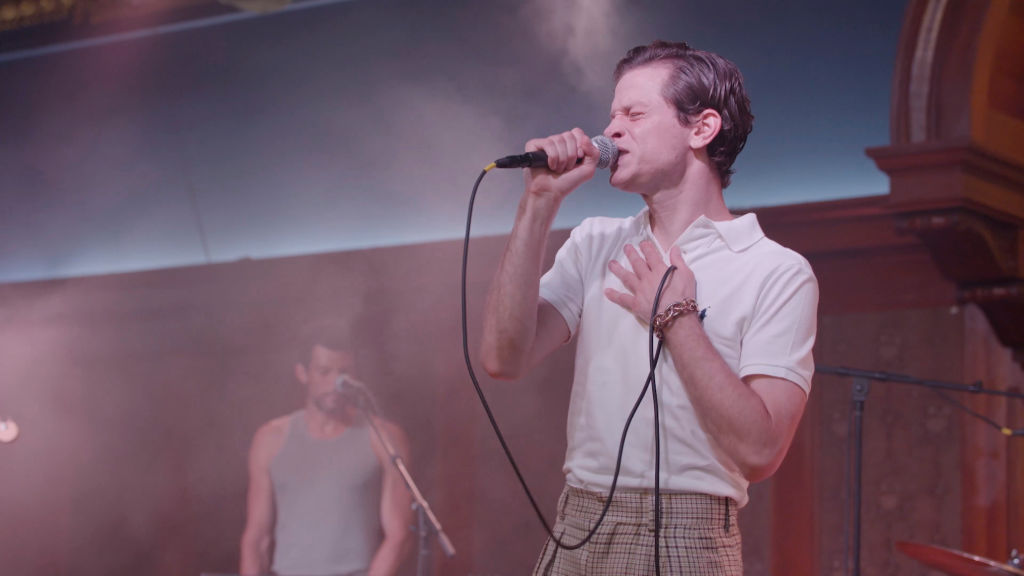 He did cuts off 2020’s Set My Heart On Fire Immediately album, including “On the Floor” and “Jason.” But Hadreas also dropped a real gem: a cover of music icon Leonard Cohen’s 1968 track “Bird on the Wire.”

The cover hears Perfume Genius mirror Cohen’s somber tone throughout, with some heavy organ playing carrying it to the end. In short, it feels like a real trip to church, or at the very least, it might inspire some type of religious experience.

“If I could play this cover anywhere, I think I’d want to play in a big church with a big pipe organ, or if we could somehow get the pipe organ into like a deep dark cave,” Haderas said.

Perfume Genius also recently covered Mazzy Star’s “Fade Into You” during quarantine, but this recent rendition of the Cohen cut deserves immediate attention. Check it out below around the nine-minute mark: