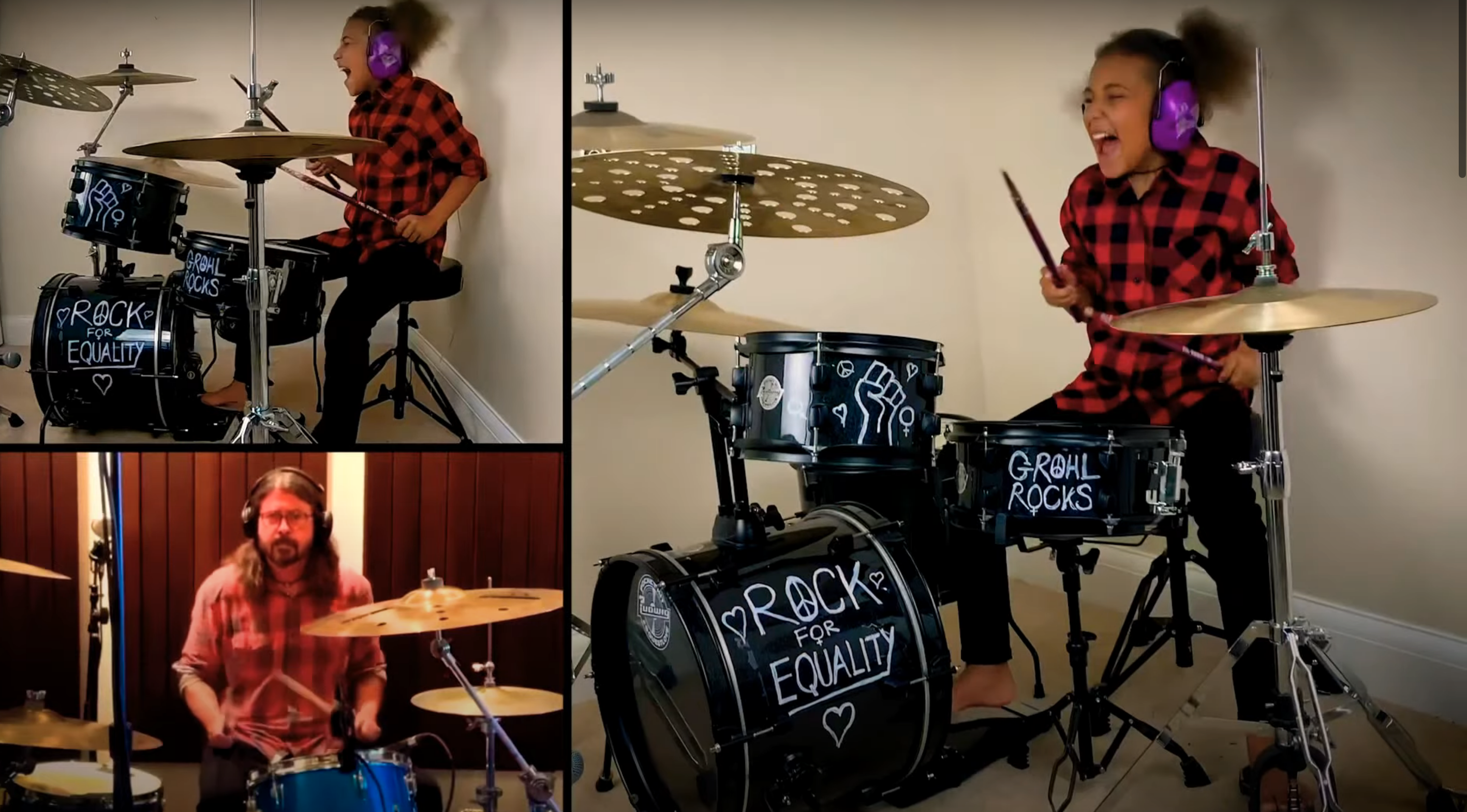 Over the weekend, Dave Grohl answered 1o-year-old phenom Nandi Bushell’s challenge to a drum-off and played Foo Fighters’ “Everlong” —  which he said he hasn’t played since originally recording it. He then busted out “Dead End Friends” by Them Crooked Vultures. Grohl finished it by playfully challenging Bushell to respond.

In a new video posted to her YouTube channel, Bushell (dressed just like Grohl) took on “Dead End Friends”, which features the phrases “Grohl rocks” and “Rock for equality” with the Os turned into peace signs. To up the ante even more, the young musician imitated nearly every move the Foo Fighters frontman did as well.

After powering through the tune, Bushell screamed “CHECKMATE!” She continued by saying “The rock Gods are smiling upon us.”

Upon viewing her response, Grohl was impressed and conceded round one to Bushell. He did say, though, “Buckle up, cuz I have something special in mind…”

The whole thing started when Bushell played a cover of “Everlong,” which prompted Grohl’s response in the first place. She’s also covered Rage Against the Machine, which Tom Morello liked so much that he sent her a guitar. In turn, she thanked him by busting out an Audioslave cover.

Check out her version of “Dead End Friends” below.