The Square Enix-published title is out now on PC, PS4, and Xbox 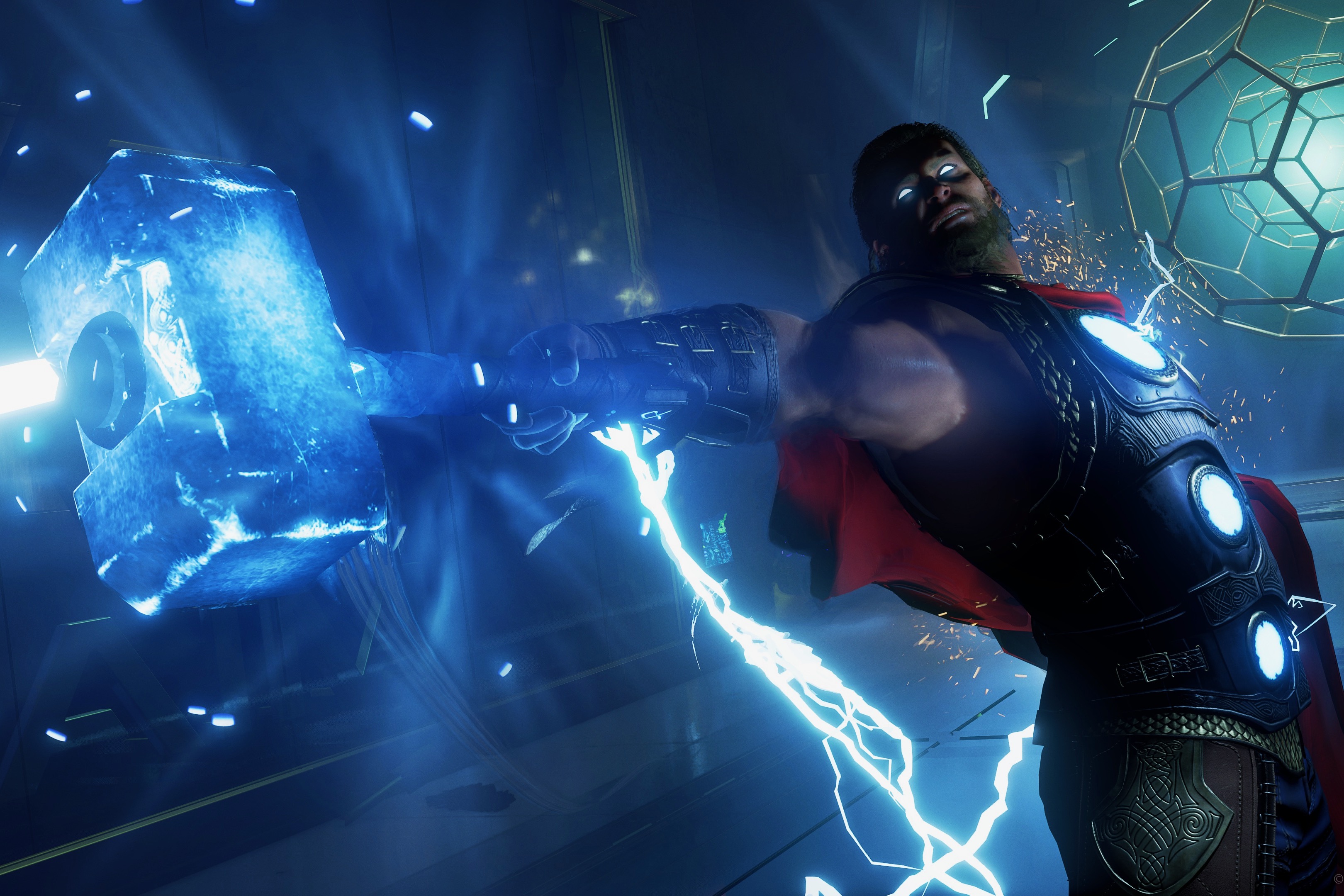 If you pay attention to video games and/or superheroes, you’ve probably seen at least one headline that the new Marvel’s Avengers game is “surprisingly good.” Considering the gaming community’s love of hating on “live service” games (titles which are based around ongoing content updates rather than a single comprehensive experience at launch) and criticism of anything related to a property as large as Marvel (like the idiotic puddle-based debate ahead of Marvel’s Spider-Man), it’s no surprise that much of the discourse surrounding Avengers is about how it’s significantly better than certain pockets of the internet expected.

Truthfully, the team at Crystal Dynamics are in the midst of a wildly uphill battle to live up to fans’ ridiculous expectations and put forth the first proper Avengers game since the Marvel Cinematic Universe changed the face of entertainment. Having officially launched on  Sept. 4, fans and critics alike are finally getting a taste of what the Tomb Raider veterans have put together — which is ultimately a classic beat ‘em up game that certainly provides its fair share of heroic moments despite the occasional bug or glitch (which isn’t uncommon for a brand new game).

Described as “a game made by fans, for fans” by creative director Shaun Escayg, SPIN caught up with the Crystal Dynamics team behind Marvel’s Avengers to find out exactly what went into one of the biggest titles of the fall.

SPIN: Considering how huge everything involving the Avengers has become, what was it like to build a game around these legendary characters?
Shaun Escayg, Creative Director: This was certainly one of the toughest of our challenges. There are 81 years of Marvel comic history and a recent decade of Avengers movies. We knew what we were getting into, but we couldn’t resist the opportunity to work with these beloved characters. A key factor to our success were our incredible partners at Marvel. From the onset, we were told that as long as we can ground our choices in the story, there would be freedom to create — and I must say that Marvel stayed true to their word.

What went into making sure that each of the Avengers felt unique and not just like a different skin on the same character?
Lauryn Ash, Game Designer: A lot of hard work and playtesting! We wanted to make sure each hero was easy to pick up and hard to put down, so we made decisions for skills and abilities based on what we loved from the over 80 years of Marvel history. Then we looked at those together and iterated on how we could take iconic moves and translate that into customizable skill sets — and our team held daily playtest sessions with each other to test these ideas.

How does it feel to play a hero with only their core abilities? What skills are narratively grounded to re-forming the Avengers team? What ways can we expand on those and give players the flexibility to make their own version from Marvel’s history? Answering these questions and testing this progression throughout the development process enabled us to explore, iterate, and create that cohesive and unique feeling of playing.

Speaking of the differences between characters, how did you go about musically scoring the game for each of them?
Jack Grillo, Principal Audio Designer: We started with the framework that the unified Avengers would get a single melodic theme, and each hero would get their own instrumentation. This idea allowed us to keep the theme in the player’s periphery without repeating it directly over and over. Using instrumentation to drive the music for each character forced us to work within limits on the individual scale, yet the overall soundtrack has a huge variety of instruments and tones.

Finding the right “voice” for each character took some experimentation, but in the end the choices all feel quite natural. Captain America features bold heroic brass and military percussion, Black Widow features electronic percussion and dark strings, and Hulk features low horns and broody strings along with heavy percussion. Iron Man and Thor both have a mix of electric guitars, synthesizers, and brass, but the attitude for each is unique — somehow the music for Iron Man feels more self-aware. Kamala’s instrumentation set is a bit more varied than the others, as this game is a coming-of-age story for her and we kept our options open in order to best capture each moment on her path.

All of that said, the lines of perspective or point of view are often blurred in our game, since it’s a story about all of our heroes. So the rules we created at the start of production got bent here and there to suit the moment.

Seeing as this is a game that will evolve and change over time, how is creating a title like this different from one that’s pretty much the same from release date onward?
Escayg: One of our key goals was to create a living Marvel’s Avengers world — one that continues to expand and grow. A world that could accommodate new storylines, new heroes, new villains, and new escalating threats — but also a game that would improve over time by harnessing valuable fan feedback and have the ability to take advantage of new technology. This gives our players a world to live out their superhero fantasies indefinitely, customize and grow their roster heroes, create their version of their perfect hero, and share in the experience of defending humanity with up to three of their friends in true Avengers fashion.

The campaign contains a surprising amount of references to music and pop culture in the real world. How did you decide which of those artists and songs would be featured within the in-game universe?
Grillo: Our approach to the licensed music throughout the game was to first ground it in the in-game world. The tracks we used all play with specific motivations and originate from objects or locations in the game. The idea was to make these music sequences directly tied to the moments they support, and to limit the number and length of each track to keep the events surprising and memorable.

This decision led us to dig into the tastes or aesthetics of each character while we looked for opportunities for licensed music in the game. We arrived at focusing on a handful of moments that feature Tony Stark’s love of hard rock and classic heavy metal, and Kamala Khan’s casual interest in carefree modern alt-pop. In one scene, we show that an annoyed and grumpy Bruce Banner would rather listen to radio static than whatever teenaged girls listen to these days, and in another we allow JARVIS to pick out the right tune to motivate the action and pace to come. In all cases, we used licensed music to grab the player’s attention for a moment or two and allow our heroes the chance to be a little more life-like and relatable.