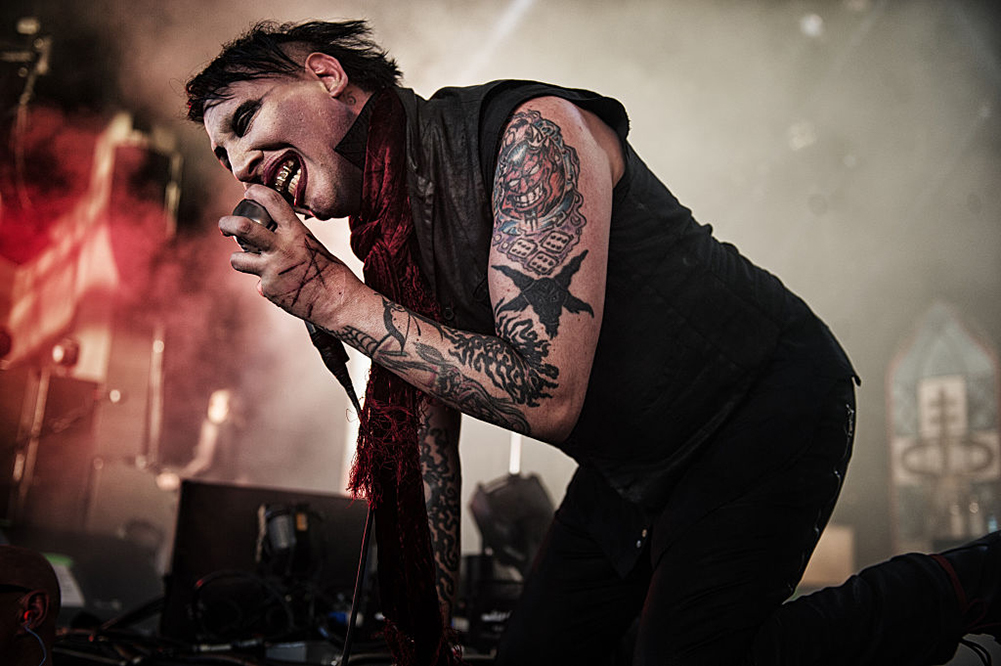 Marilyn Manson dropped the new “Don’t Chase The Dead” single a day ahead of the release of his new album, We Are Chaos. The singer shared the LP’s title track back in July.

We Are Chaos, a 10-song conceptual album produced by Shooter Jennings, has a Manson painting titled “Infinite Darkness” as its cover art. The piece was specifically created to accompany the music.

Check out “Don’t Chase The Dead” below.

We are Chaos was completed in January 2020, and Manson told Consequence of Sound that during the pandemic he’s been focusing on “making more art. I will admit that I’ve watched probably more television than I need to, and films, but I’ve tried to make it productive. I’ve tried to compile my art book that’s coming out later this year, after I did the artwork for the album.”

Manson also waxed philosophical about the current chaotic world. “I don’t mean to sound like John Lennon, just the concept that if any time, people of different cultures and different lifestyles and different ages and personalities and sex and race and whatever the case might be, even religion, now would be the time to … at least agree that we all need to try to save this together,” he added in the same interview.