Watch her perform "Children of the Revolution" below 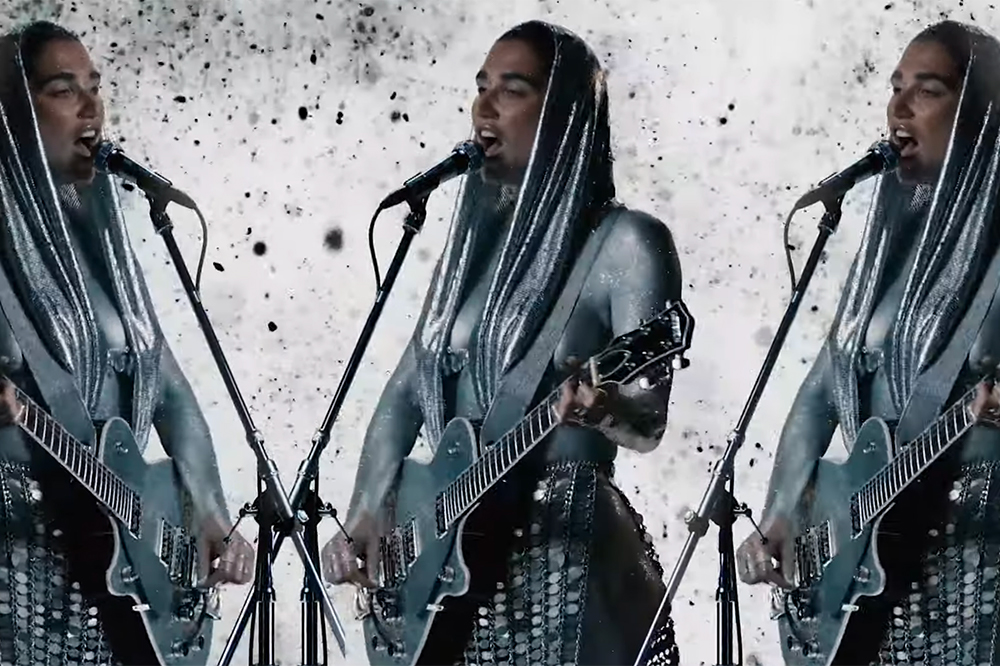 As the celebration of Angelheaded Hipster: The Songs of Marc Bolan and T. Rex.‘s release continues, Kesha has now brought her own glamorous performance of T. Rex’s “Children of the Revolution” to The Late Show Starring Jimmy Fallon.

Covered in silver paint and chainlinks, she gives the 1972 single an extraterrestrial look. And with the multitudes of Keshas appearing on the screen, it looks a lot like a video for the next James Bond single.

“[O]ne of my most fave artists of all time and one of my favorite songs…. one of my fave performances ever!!!!! You won’t want to miss this silver extraterrestrial performance 👽👽👽,” she tweeted.

Watch Kesha’s performance of T. Rex’s “Children of the Revolution” below.