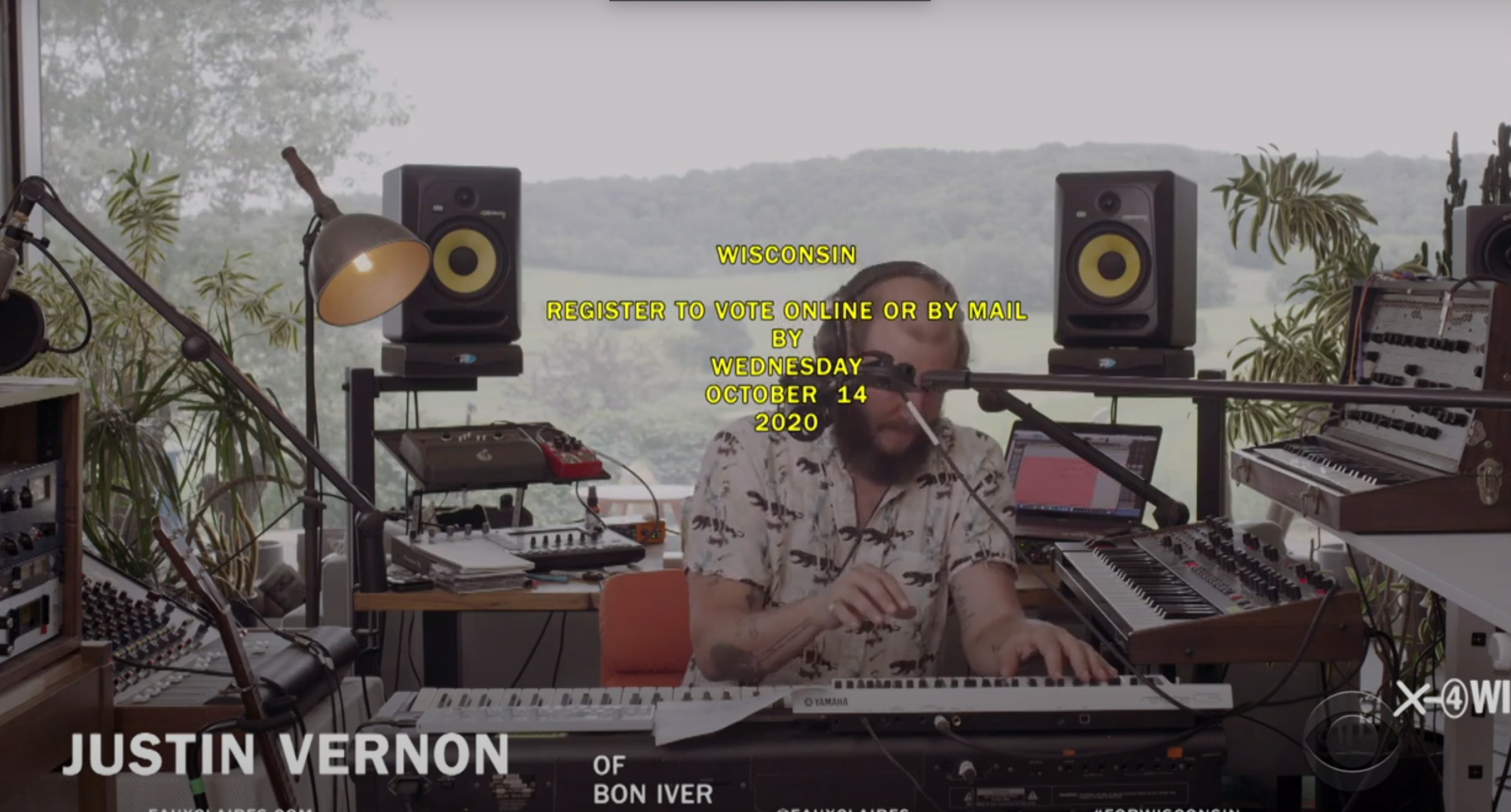 In the last week, Justin Vernon of Bon Iver has raised the stakes in helping get out the vote. His Eaux Claires Festival launched a voting initiative earlier this week where if Wisconsin natives sign up to vote, they’ll be entered into a contest where they can have a private meeting with him.

Continuing his get out the vote drive, Vernon appeared on The Late Show With Stephen Colbert as part of the program’s #PlayAtHome series. It’s tough to see his face, as you can see in the clip below, and with good reason. Across Vernon’s face is the message ‘Wisconsin/Register to Vote Online or By Mail/By/Wednesday/October 14/2020. Oh and he performed “22 (OVER S∞∞N).” The performance was (as you can guess) to help raise awareness for the voting initiative. The song, however, was vastly different than the original version from 2016’s 22, A Millon.